John Goodman, Oliver Hardy, Roseanne Barr, Bud Spencer, Chris Farley, Rebel Wilson, Zach Galifianakis, Melissa McCarthy. We associate them all first and foremost with comedy roles, largely based on the image of an overweight character whose obesity is ridiculed  they're clumsy, and they often get into trouble because of it. Finding such instances is really easy. They have trouble squeezing through narrow gaps, they get ridiculously tight clothes, and they're often juxtaposed with skinny characters in a move directors seem to love. They're a foundation of many well-known on-screen gags.

Obesity is the subject of numerous discussions. Often oblivious to real-life problems of people struggling with the condition, the movies use it as the framework for rather primitive humor. It's certainly present in mainstream pop-culture, but it's mostly stereotypical and sarcastic. In the gaming industry, which seldom goes against the stream, overweight characters are usually formulaic as well. They tend to be just a kind of fun curiosity, often exaggerated and based on stereotypes. Why is it?

There's nothing funnier than a fast, chubby character 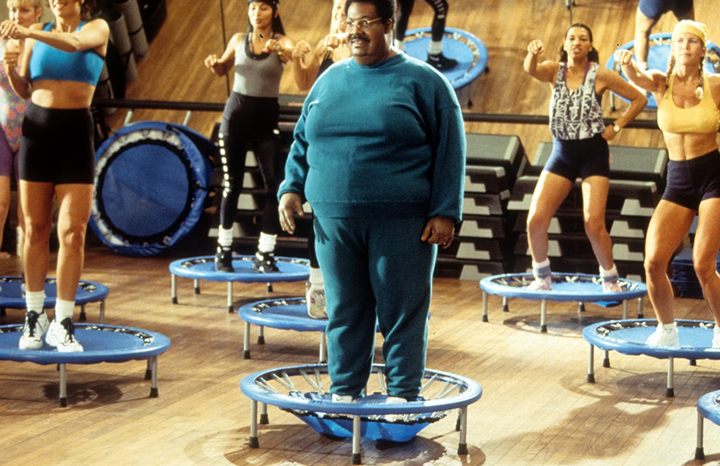 In 2009, two new installments of the beloved fighting games  Street Fighter IV and Tekken 6  released on consoles. Both, according to tradition, featured some new warriors. There was also room for two, bulky martial arts champions who, although distinct, were based on the same idea. Terribly over-exaggerated, they proved surprisingly agile and fast for their size.

While in the case of Bob from Tekken, the creators have only slightly crossed the line, their colleagues over at Capcom went much further. At least Bob got a reasonably convincing story background  he used to be a regular-weight fighter with great prospects for the future. However, he realized that his poise did not allow him to face much bigger and tougher opponents, he holed up somewhere at the end of the world to undergo a training regime he'd invented. As a result, he achieved both awesome strength and impressive agility. For Tekken, a game where we fight as robots, small dinosaurs, panda bears and Kangaroos, it was a fairly logical story. 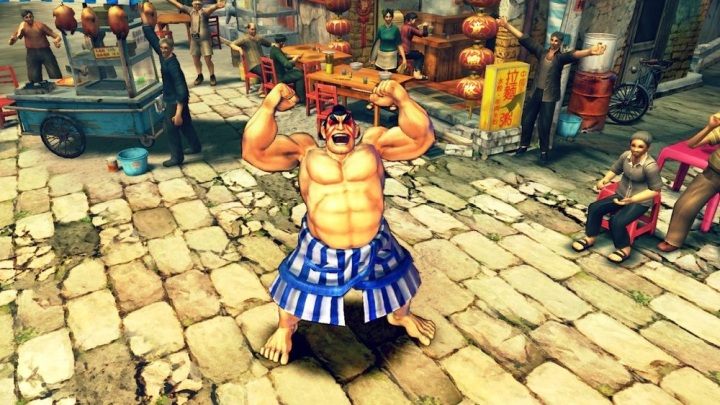 The sumotori is one of the better portrayals of obese characters in games. He generally isn't ridiculed, fighting in an ancient discipline.

The creators of Street Fighter apparently didn't feel that logic offered the right approach. The original idea of Rufus as an athletic and strong African-American was abandoned to create a nefarious, overeating, but at the same time astonishingly dexterous fighter that was ultimately portrayed in the game. From the beginning, it was assumed that this character would be merely a joke, painfully stereotypical and ridiculed, simply designed to stick out.

It doesn't matter what they say, as long as they're talking about you, huh? This was the case with Rufus after the release of SFIV, it was the same with Bob from Tekken, or another obnoxious, farting and vomiting character, Bo' Rai Cho from Mortal Kombat. So, the creators of fighting games from that era didn't particularly care about portraying obese characters with any degree of depth or consideration.

The only requirement from these characters was juxtaposition; contrast with the rest of the group. But how about other games and genres?