Afternoon. The rooms, whose doors exit to the main hallway, are raving. There's yelling, loud banter, bursts of laughter, the sound of fingers tapping on keyboards. From time to time, a head emerges out of the door, trying to make non-virtual contact with the others. Suddenly, M runs out of one of the rooms and calls out: 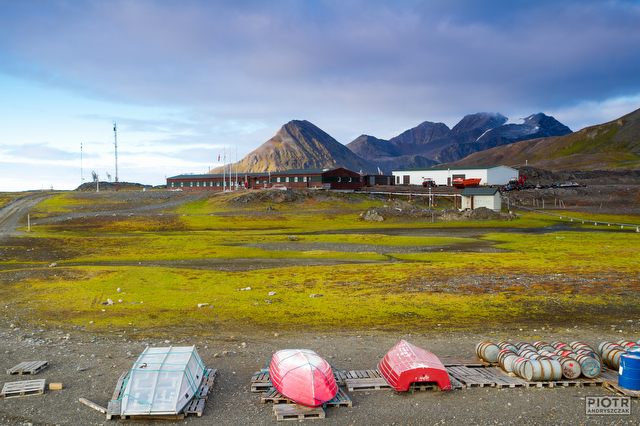 Playing Quake can be quite an adventure regardless of the circumstances. That situation took place in December 2012. But I haven't set the scene. We're thousands of miles away from home. It's the very beginning of the polar night. Our home is the Polish Polar Station, Hornsund, south Spitsbergen, Svalbard archipelago, Arctic, Earth.

Founded in 1957, the Hornsund station is a year-round research facility located in a marine terrace in Isbjornhamna Bay. It researches meteorology, glaciology, and Earth magnetism.

From 2012 to 2013, I worked there as a member of the 35th polar expedition of the Polish Institute of Geophysics. Our team, often referred to as the wintering group (spending the whole year here), had a modest population of 10 people. We obviously didn't go there to play Quake: each of us knew when it was time to work, and when we could rest. And rest we did, each according to their preferences, but on that evening, we've all joined forces. The participants were as follows:

Despite an encouraging start, Quake in multiplayer was pure extravagance. With satellite bandwidth of 1 Mbit, capricious weather (if it rained, it did horizontally) and continuous recording of scientific data, transmitted in real time back to Poland, you could possibly talk to your family via Skype, but not really play games on the regular.

Expedition participants usually bring their own equipment, mostly laptops, with them. However, privacy is taken very seriously at the station. A fifty-square-foot room is not enough to accommodate any guests. But how did we even get Quake? I honestly don't remember it, but I guess one of the guys must have brought it with them (boys will be boys).

Card games (mainly bridge), as well as puzzles, flourished. The supply of table-top games was tempting, but the 35th polar expedition didn't have many board games aficionados.

That's why Agricola, which I brought all the way from home for the long polar night, returned with me untouched by hands of players. I promised myself I'd take it for the next excursion... 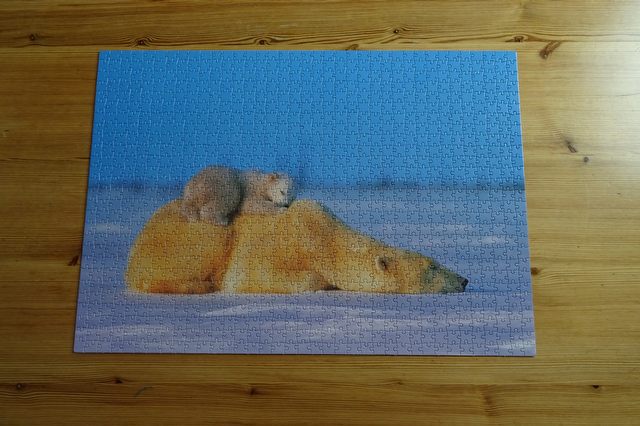 What other puzzle set would you possibly assemble in the Arctic?! Photo credit: Dagmara Bozek

And I did. In 2015-2016 I worked at the Henryk Arctowski Polish Antarctic Station. It's located on King George Island, South Shetland archipelago, Antarctica.

Expedition 40. The station itself has been in operation since 1977.

And that's where we wanted to play Agricola one day. Really.

We prepared mentally. "We'll play once summer ends" (the summer is generally an intense period in a facility like this one  there's a lot of research to get done, tourists arriving every day, etc). "Oh, we've got a nice game here, we're going to play soon, aren't we?" or "I've read about Agricola, people seem to love it."

The day finally came, I think it was Friday afternoon. Together with P. and J., we placed the cards on the table, segregated the pawns. We read the game manual. The others were very interested in the progress we've made.

After two hours, we gave up. Neither of us had played this game before, we had no idea where to begin. In a rather ludic atmosphere, J. concluded:

"It's fun being old. I can imagine being embarrassed about being a PhD and not being able to figure out a board game in the past... But now..."

She made a gesture that told us all too well how much she cared about the entire affair.

I, for one, found comfort in remembering I'm an absolute beast in rummy and Russian schnapsen, as well as in scrabble (if the weather was fine  the sudden shifts of pressure weren't conducive to concentration).

The players from the 40th Polish Antarctic Expedition save their honor by designing its own Polar board game. This formidable mission was entrusted to myself and S.

According to the only rule correct in polar conditions, i.e. "do it yourself," we used an old bed sheet, markers, and wax pastels. The beginning and end of the board were marked with a drawing of a ship, and the game symbolically depicted the hustle of wintering. The game was about going through buildings in the base, carrying out all sorts of tasks  completing a days' shift in the stations' power room, go to a party in the neighboring Brazilian station, answer questions like "When was the Arctowski station established" or "What kind of seal you won't find in the Admiralty Bay." As part of the punishment, in addition to moving the pawn back a few fields, you could also have to explain yourself to the leader of the expedition. The goal was to reach a ship that in real life meant the end of wintering and a way back home.

Nobody avoided playing. In fact, nobody wanted to avoid it and the enthusiasm was huge.

The official launch happened on the Midwinter day , widely celebrated in the Antarctic (it's the day of the summer solstice in the northern hemisphere). I am still hearing that subsequent expeditions are still playing it.

So, what about Agricola? I left it on Arctowski. I did it on purpose to avoid being deceived by it again. 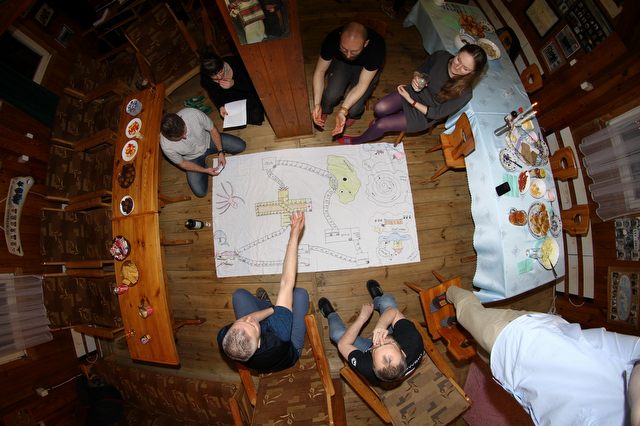 "What would you do for a year at the polar station?

I asked the question during a lesson about polar lands in one of my local elementary schools.

"I'd be playing games," a boy sitting in the back bench replied confidently.

"Boring! I'd rather see the animals!" another boy cried, nearly outraged.

"Do you have a PlayStation there?" another one asked.

Actually, we do. Except that the polar reality is a little different than the kids imagined. Living at the end of the world in an isolated group doesn't necessarily prompt an even deeper escape, into virtual reality. It's fun to be with someone.

I am writing on WhatsApp (the most effective way of communicating) to T., a member of the 44th expedition, which currently winters in Arctowski station, asking about the games. He replies:

"We sometimes play car racing on PlayStation, we even tried doing a ranking, but it was a one-off affair. A few people do use the PlayStation, for a few dozen minutes at a time. It doesn't seem to do anything for us. We reject the advances of the 21st century in favor of traditional board games!

Traditional, including handmade. I sense a hit. For a good reason.

"It's time for the best game, Monopoly in the Antarctic version of King George Island. The game was created with the 44th expedition in mind. It was handmade before the expedition and delivered to the facility. The rules are similar to regular monopoly, but the envelope is completely different. There are fields such as "Arctowitz", LR lodge, Carlini, or Ferraz. You can get arrested for trodding Mszarnik, or buy an airport on Freiu. It's a very cool game, really fun.

You probably didn't understand a whole lot, so here's a guide:

As you can see, polar scientists are avid players, too. And polar regions, despite their monochrome reality, have an incredible propensity to generate heaps of creativity.

I work for the Polish Academy of Sciences and deal with the logistics of Arctowski station. I've written two books. I still haven't played Agricola.