Good day to you all, Witcher fans. This article marks the beginning of a series that will most probably consist of ten parts. My goal is to familiarize you with some aspects of The Witcher 3: Wild Hunt that are rooted deeply in the Polish culture, history or anything Polish in general. As you may well know, Andrzej Sapkowski, the author of the original Witcher books, comes from Poland, and as the game is faithful to its literary roots, CD Projekt Red managed to smuggle in some nice nods and Easter eggs that are easily noticed by the Poles. And what about gamers from all around the world? Well, that’s where we come into the equation. I hope you enjoy the article!

Let me begin the series with an Easter egg that’s from the expansion The Witcher 3: Hearts of Stone. One of the main quests takes you to Brunwich, a small village near Oxenfurt. Here’s a quote from the game’s Glossary:

This picturesque little village’s beauty makes it a frequent subject of works by bards and poets. The best-known piece whose action is set in Brunwich is “The Bethrothing”, a farce penned by Stanislas Islas. The reputation thus gained has made it a popular destination for bohemians from Oxenfurt, who escape here during the hottest months to pass the time witn contests for the most beautiful feathered cap and hunts for a golden horn held at night in the nearby woods.

There’s a load of Easter eggs and references within this description itself, but let’s take it one step at a time. First of all, the Polish version of the game uses the name Bronovitz instead of Brunwich, which is almost identical as the name “Bronowice”, once a small village, now a part of Krakow, a city in the south of Poland. Bronowice is famous for being the setting of a drama called The Wedding (Polish: Wesele), in which a wedding – obviously – takes place. The play was written in 1901 by Stanislaw Wyspianski, and if you take a look at the abovementioned glossary entry, the name sounds really similar: Stanislas – Stanislaw (French and Polish versions of the same name); moreover, the first part of the playwright’s surname (wysp-) has its root in the Polish word for “island” (wyspa), and “isla” is actually a Spanish word for an island.

In the game, Geralt must participate in a wedding ceremony and there are some side activities that can be completed. One of the tasks is to dive into a pool and find a shoe that was sunk in it. What’s interesting, though, is that one of the girls says something like, “You need to wear shoes at a wedding”, which is a direct quote from Wyspianski’s drama (the phrase means that you need to behave properly in a certain situation). In The Wedding it is actually the young bride who utters these words – she can’t imagine dancing without her shoes, even though they are so tight that she should take them off. 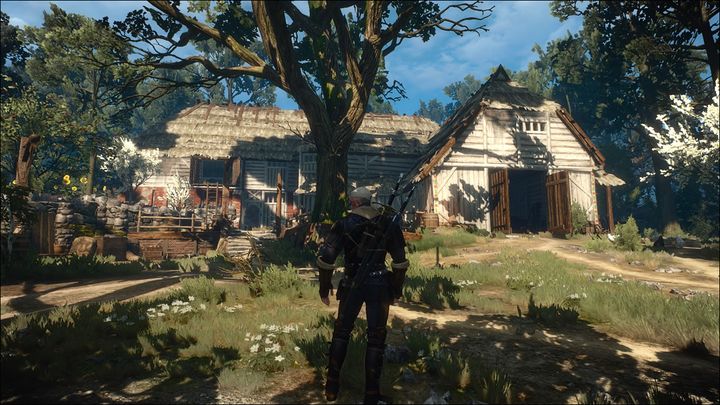 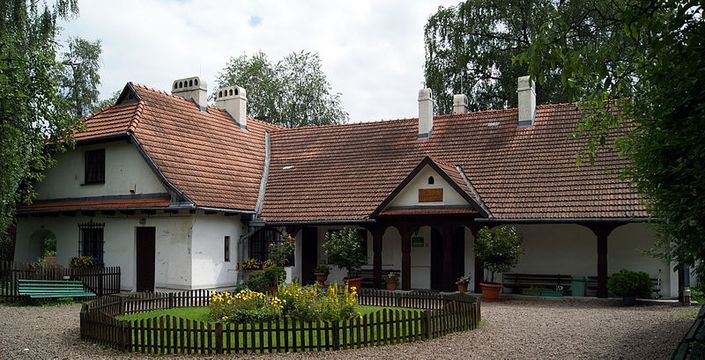 The place where the wedding takes place in Hearts of Stone is also of significance. If you look at the pictures above, you can see a striking resemblance. The second photograph actually shows a manor where over a hundred years ago Stanislaw Wyspianski was a guest at the wedding of Lucjan Rydel and Jadwiga Mikolajczykowna. Today, the place is commonly referred to as “Rydlowka” and you can find it at Wlodzimierza Tetmajera 28 Street in Cracow.

So that’s the Polish Witcher Trivia fact number 1. I’ll be publishing them every two weeks, and if you like it – make sure to share it with your Witcher friends who might appreciate getting to know the world of Geralt even better.