D-Day -1. Operation Tonga. Allied paratroopers jump out of planes over the coast of Normandy, plunged in darkness. Our hero, Arthur Kingsley, makes his way through the fields alone and without a rifle after a rather eventful touchdown. Above, we see the inferno ensue; landing planes are attacked by A-A artillery, while the Germans around us comb the area with flashlights. One of the first missions of the new Call of Duty, this time entitled Vanguard, quickly turns into a stealth game with some really dense atmosphere.

After a while, we encounter another paratrooper hanging from a tree, without signs of life. Wait... there was a similar scene in the very first mission of the very first Call of Duty. To top it off, this unlucky private is named Collier  just like one of the founders of Infinity Ward! It exudes fan service, though it's been 18 years since those days, and CoD is now mostly associated with Warzone. You can feel, however, that this mission harkens back strongly to the series' roots. 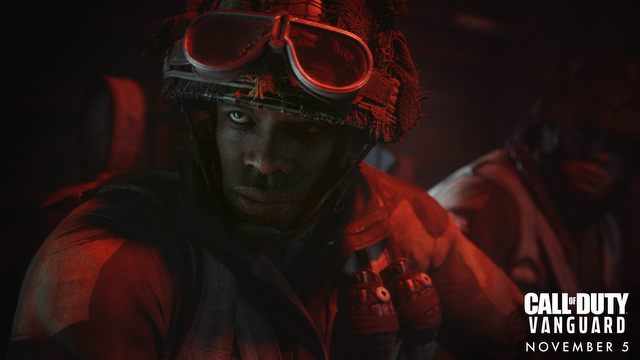 Arthur Kingsley parachutes in Normandii the day before D-Day.

The next immediate association was the latest installment of Modern Warfare and its nigh-time missions powered by NV. The same tension, similarly claustrophobic, with uncertainty emerging as Arthur stumbles into a homestead. The developers have used every pixel to show off the capabilities of the new engine, with the lighting absolutely stealing the show. Kingsley shoots at the enemy through laundry, as the soldier's silhouette suddenly appeared against the illuminated sheet. A moment later, watching the Nazis running around the house from the basement through the floor, he shoots where a moving object blocked beams of light coming through the gaps. The final touch is brought by particle effects of splinters breaking off whenever bullets hit wood. 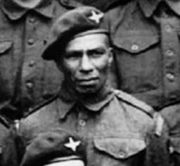 The character of Arthur Kingsley is inspired by a historical figure, private Sidney Cornell  the first black paratrooper to land in Normandy on June 5, 1944 with the British 6th Airborne Division. He became known for his incredible bravery and reliability as runner in relaying orders when radio communications were not working  despite being wounded multiple times during missions.

The climax of the Normandy mission showdown was a fully burning windmill dominating the screen, like a boss from Kojima's Metal Gear Solid. Our attention, however, was quickly diverted to a very different, smaller point, and a gripping scene. CoD has always made extensive use of scripted moments, and it seems that this time, too, Vanguard will provide plenty of such memorable, thrilling events.

Back to the roots?

Call of Duty recently attempted to return to its roots of World War II with COD: WWII, but I guess it wasn't quite what everyone had expected. Especially those who still remember the first games of the series. The campaign wasn't that bad, but instead of jumping around different fronts, it replicated the single-division-story idea from the console-exclusive part three. The game was also haunted by its outdated engine and too loose an approach to historical facts in multiplayer. 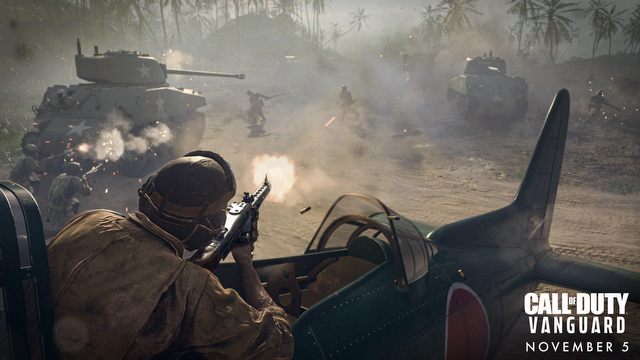 This time, the associations with the first installments of the series are much more justified, because Vanguard returns in part to the familiar formula of multiple protagonists in completely different theatres of war. In addition to directing a Briton in Normandy, we'll fight as an American pilot in the battle over the Pacific; a female sniper in the ruins of snowy Stalingrad; and an Australian in the ranks of the famous Tobruk Rats in North Africa  a completely standard set of locations for any WW2 game. The locations may be familiar from the first two installments, and World at War, but they'll sport a spectacular graphic setting now. However, it won't be all that old-school; the fates of the four will become entangled at a certain point, and only the whole team will tie the main thread of the campaign in Vanguard together.

Exactly. Instead of watching the stories of individual soldiers caught up in a huge tug of war alongside thousands of others like them, we are to act in a specially formed commando team this time, taking part in a unique operation. There will be a main villain, Gestapo chief Heinrich Freisinger, and the main objective will be stopping the mysterious "Project Phoenix" operation. The intention of the authors from Sledgehammer Games was to show the birth of modern special forces  not ordinary grunts, but the distinguished, outstanding troopers acting out of the box  which began at the end of World War II.

It's hard to say whether it will be something like Inglourious Bastards, or more of a classic like Where Eagles Dare or The Dirty Dozen, or maybe something altogether different. The idea and number of main characters of this war drama caused some extreme feelings in the audience. One journalist even called them "Marvel-esque," similar to Captain America and Black Widow, just without the superpowers. Personally, I did not perceive them that way, but they do seemed a bit too clean and modern  with beards cut as if they just visited the coolest barber in town, not a shaver in a field base. 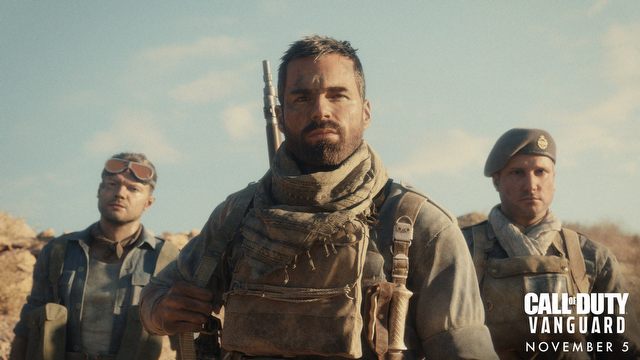 Here's a team of spec-ops grandfathers.

As consolation, I can add that these are only superficial impressions, and we have seen only short snapshots or static screens with the whole crew, so it was impossible to judge the atmosphere of the plot or the artistry behind the script. There was certainly none of that grotesque exaggeration we remember from the ill-fated Battlefield V trailer, however. Rather, I had the impression that Sledgehammer was giving DICE a little poke in the nose, saying "Look how it's done!" The team is seemingly alike, but there's more historical fidelity and common sense. How successful were they? We'll find out only after we go through the campaign.

The rest of the characters are also based on authentic characters. Freisinger is Heinrich Muller  head of the Gestapo, Office IV in the Reich Security Main Office. The American pilot Wade Jackson was inspired by Vernon "Mike" Michel  the hero of the Battle of Midway. The Russian sniper, Polina Petrova, is none other than Lyudmila Pavlyuchenko  the legendary girl sniper aka Lady Death. The Tobruk rat, Lucas Riggs, on the other hand, is based on Charles Upham, a New Zealander who was the only soldier in the history of World War II to receive the Victoria Cross, the British Empire's highest war distinction  twice. 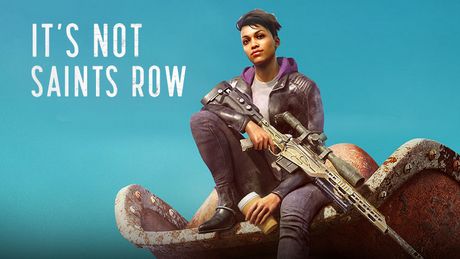