The dust has already settled after the release of Witcher 3 and we eagerly await new information about upcoming RPGs. German developer Piranha Bytes delivered when they disclosed the first specifics concerning their new game during the ongoing gamescom. Elex may not be a continuation to the Gothic series, but the game looks more than able to stand on its own and should appeal to those of us aching to return to the Valley of Mines. 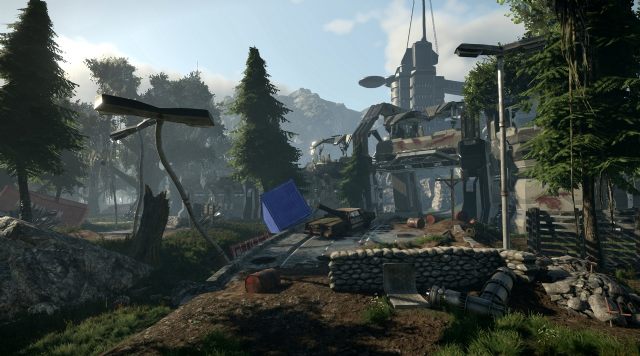 The first thing we notice is that the plot and the setting deviate from what weve seen in Gothic or Risen. The creators emphasize that the game is a blend of science fiction and fantasy (hence the name: science fantasy) set in a post-apocalyptic world. The game takes place on the planet Magalan, many years after a meteor impact almost wiped out the planets highly advanced civilization. Some of its members survived but, although they still have access to some salvaged technology, they are nothing more than a shadow of their former glory. On the other hand, there are people that live in harmony with the nature and get by by using nothing more than basic tools and weapons. Still, the meteor impact has left more than destruction in its wake; a new, unknown element  elex  was discovered and harnessed to produce weapons and develop magical abilities. Not without a price, unfortunately  excessive usage of the new element gradually leads the human body to degeneration and eventually transforms people into half-synthetic hybrids, devoid of any emotion. Despite its negative side effects, the demand for elex is extremely high among both populations leading to a conflict that eventually involved the games protagonist.

Our journey will lead us through verdant forests, gloomy marshes or even snow-covered mountains. After clearing the starting area we have the whole planet at our disposal with our only restriction being our capability to dispatch monsters roaming the worlds various locations. The world itself is a single, seamless location without any loading screens and offering us roughly 70 hours of gameplay. The planet Magalan will be populated by numerous NPCs and each one of them will have his own opinion on the current events. Human settlements will offer a variety of styles with every fraction possessing its own unique characteristics. The creators also intend to implement a quick travel system, most likely in the form of teleports. 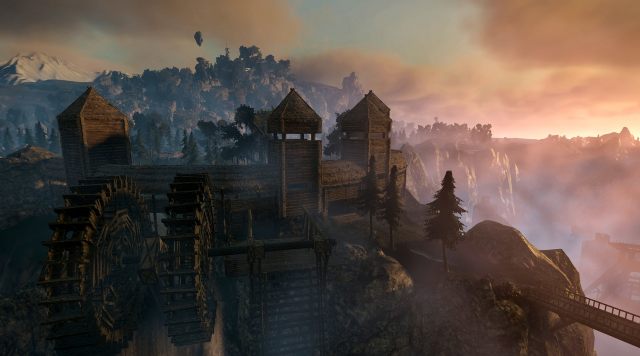 Apart from that, Piranha Bytes provides us with much more in terms of transportation. The vertical exploration system shown during the presentation was one of the more interesting options. Our character will possess a jetpack, allowing him to reach certain, inaccessible in any other way, places. Weve seen this ability in action albeit Bjorn Pankratz specified that this not the final version that will be included in the game. The creators are currently busy properly balancing the gameplay so that the inclusion of the jetpack (or rather - a jetbelt) will be justified in the games setting and becomes an integral part of the game (and not a forced addition).

Our protagonist is not nameless. The developers were not eager to share any details concerning him, but we that know he used to be one of the commanders fighting alongside the faction known as the Albs. This means hes been abusing elex and it had a significant impact on his humanity. His glider was shot down during a skirmish and crash-landed in the middle of the territory under the control of the Berserks fraction - his enemies. Deprived of any means to satisfy his addiction, our character gets back in touch with his human side. The player is free to join any of the other factions in the game, including: the Berserks, who seek to be at one with the nature, the Clerics, who boycott the use of the new element, the terrorist organization of the Outlaws or to return back to the Albs, who wish to subdue all the other survivor groups. 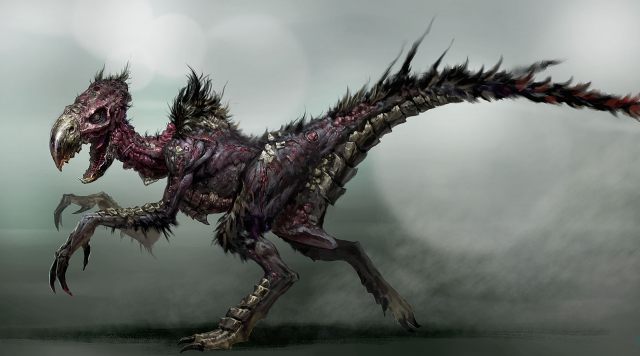 Some of the recent AAA RPGs familiarized us with the importance of moral choices. Piranha Bytes newest game will join the trend by forcing the player to make many important decisions that will establish the protagonists humanity of indifference. In this game you wont find the classic good vs evil division  noted Bjorn Pankratz during the presentation. You will decide if you should take the reasonable or the ruthless approach. No one said a stone-cold badass cant become the savior of humanity.

Another important part to the game is the combat, more advanced than in the previous projects by Piranha Bytes. Since the setting consists of mixed SF and fantasy motifs, the weapons we find follow that pattern: we have fantasy classics like swords and bows, and, on the other hand, futuristic laser rifles and advanced melee weapons. The host of the presentation mentioned that the team was even considering introducing their own version of the light saber but for now  as he noted laughing  the idea went down the drain. Defensive armament includes multi-piece armor sets for anyone to acquire, and special armors available only to the members of specific organizations. Advancing in ranks of the chosen faction will grant access to new weapons and fraction exclusive abilities.

The visuals in Elex are by no means groundbreaking, but you can observe some significant improvements when you compare them to the last Risen. The developers once again employ their trusted game engine, albeit upgraded to support the latest available features. On the videos weve seen there were some moments when texture loading seemed to lag but lets not forget that the game is currently on the pre-alpha stage and is expected to change a lot before it is published. 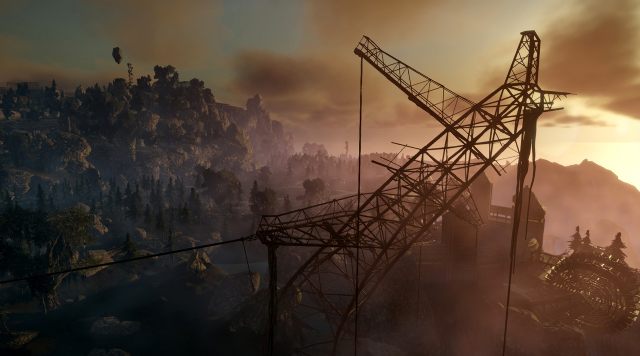 Elex will be released on PC, PlayStation 4 and Xbox One. The creators emphasize the fact that all versions of the game are being developed by Piranha Bytes. Such thing is possible, with the limited human resources they have at their disposition, thanks to the partnership with Nordic Games and the architecture of current gen hardware. This arrangement put the games creators in full control of the development process as well as the quality-check of the ported versions. If everything goes well, the games simultaneous debut on all of the intended platforms will take place in late 2016.

Theres one question left: do fans of Gothic and Risen have a place in Elex? Bjorn Pankratz says that definitely yes. Its true that Elex will aim for a darker mood, but it wont be completely devoid of humor; it may, however, be stripped of the Risen kind of humor. The creators know what elements were causing problems in their previous franchise and are determined to pack Elex full of that something that made gamers love Gothic. Then why not just make a new Gothic? The developers believe that the fan expectations are very specific at this point (like the unavoidable appearance of Xardas or Milten) and it could have gotten in the way of their creative freedom when designing the new setting:

 If you ask three people, what was so incredible in Gothic, you will hear five different opinions, but all of them will focus around the atmosphere of our game. We made a thorough analysis of our previous titles and noticed that all of them, at some point, had those mind blowing moments. Now we want to put these incredible moments in our latest project. The reason we are not making a new Gothic is because we want to make Elex. 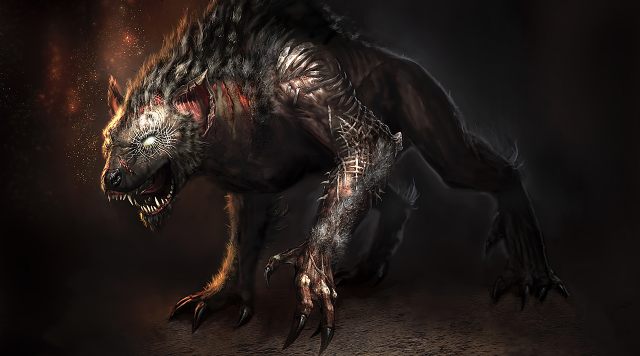 If youre a fan of Piranha Bytes games, Elex is guaranteed to get on your good side. The developers still have 18 months of hard work left before them, but from what weve seen so far, Elex may be the best game from Bjorn Pankratz and his team since they released Gothic II. 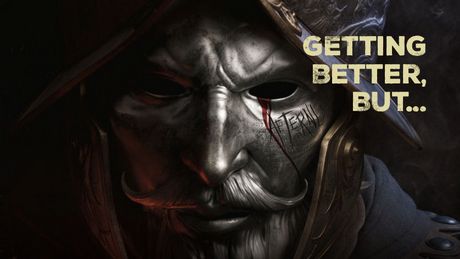 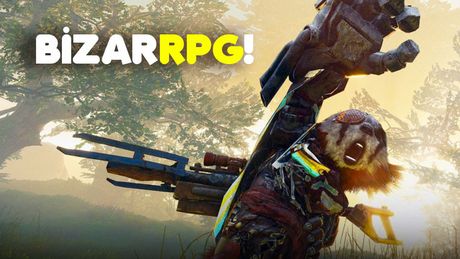 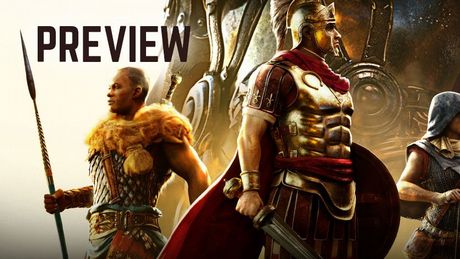 According to our users, Elex for PC was a disappointment - the expectations before the release were higher than the current average user score.