The excitement about the hottest release of 2020 is slowlny starting to fade away, though it'll probably take a long time before Cyberpunk is really fixed and Valhalla's players manage to complete such a huge game production. Soon, we'll be anticipating the hottest releases of 2021, the wheel will spin once again, and among the most-wanted games is a production with a slightly lesser momentum, but which may be a nice divesrion from giant open worlds  it's called Gods Will Fall. 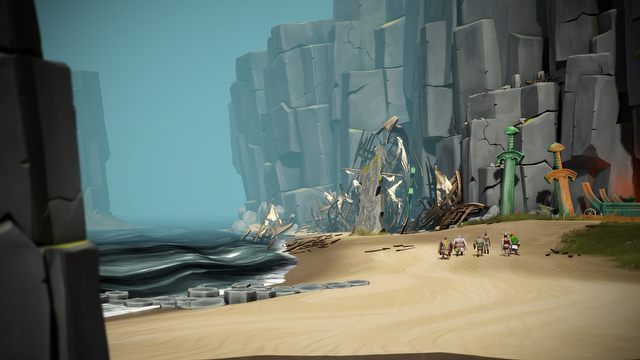 It's an action game based mainly on roguelike combat, taking place in a Dark Fantasy world inspired by Celtic climates. With a group of eight daredevils, we will enter the kingdoms of the eponymous gods who harass mankind to defeat them once and for all. The quintessence of the game will be highly challenging combat with bosses of randomized levels of difficulty, requiring considerable skill and sometimes repeated attempts. The studio responsible for Gods Will Fall  Clever Beans  made games such as Wipeout Heritage: Omega Collection on PS4, or a slightly older game When Viking Attack!

At a recent show, we saw a practically finished product  unfortunately, we weren't able to face the Celtic gods on our own, but maybe that's for the better; the game is not an easy one and even the devs themselves often died in the fights.

Dear players, tell us a story! 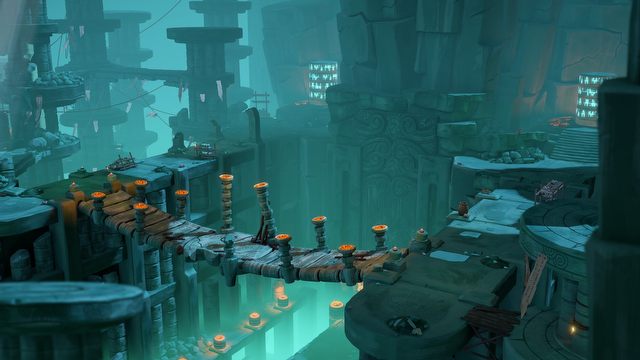 One of the most important features of the game was that it doesn't put much emphasis on the storyline. Exploring the world of the game we sometimes find various remains of information that give us an idea of the universe of Gods Will Fall and the events taking place there, but in fact, the most important element will be the journey of the player, or rather his team of warriors, to the gloomy world of the gods and the events that follow. It was a conscious decision of the authors.

Interestingly, unlike many other similar productions, we will not find procedurally generated dungeons here, as they will be different each time. The priority was to emphasize the diverse and unique character of the gods, and at the same time their domain, and this could only be properly achieved by manually designing every level. Instead, the randomized element is gameplay itself. At the beginning of the game, we will always get a slightly different set of warriors with different abilities and stats, the difficulty levels of each dungeon will also be random.

It may happen that we will get to the most difficult location at the beginning, only to get a painful lesson and fail. The stories and experiences of Gods Will Fall will center precisely around this, open-ended structure  which deity turns out to be the strongest, how many team members survive, does the mission succeed at all? I must admit that this is quite a brave move, as it's only up to the players to share their gaming experiences online.

The core of any such story has to be combat, which in Gods Will Fall is undoubtedly the mainstay. The Dark Souls series was quite an inspiration here. The clashes are difficult, but not very complicated. We don't have complex combos  just a few types of weapons; light and heavy attacks, a block, dodge and an interesting mechanics of a kind of battlecry called the roar, which allows you to risk the last portion of health to recover a large part of it. 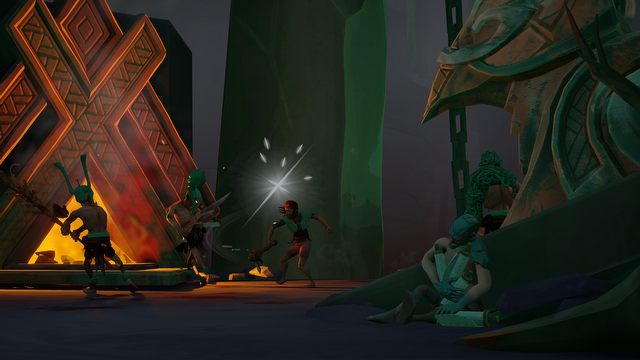 The divine realms are designed in such a way that you will not always have to fight against each of your minor opponents along the way. With proper timing, we may be able to cast them into precipices without the need to replace blows. Flinging elements of the environment, in turn, will allow you to keep the mob at a distance for a while. However, these enemies are only a warm-up before the climactic clash with the boss god. Each of them is a completely different model, using different attacks and techniques. We may encounter something like a giant spider in one dimension, and a giant bird in another.

Different sets of moves and surprise qualities of the god-bosses are also supposed to depend on a randomly chosen level of difficulty  so the same boss may come with completely different sets of attacks and resilience. It will be important to choose the hero and his skills in using a particular weapon, sometimes more useful against a particular boss. It will be crucial to get the right sense of the strengths and weaknesses of your opponents to achieve victory.

A certain surprise was that the individual realms are rather concise. Ploughing your way through the monsters ends quite soon, as we reach the boss-fight arena. This is another conscious design choice  there is no save system in dungeons. The creators didn't want the game to be too long and frustrating before you even see its main attractions. Due to random and generally quite high level of difficulty, it may be a challenge for some to reach the boss.

RPG in a nutshell 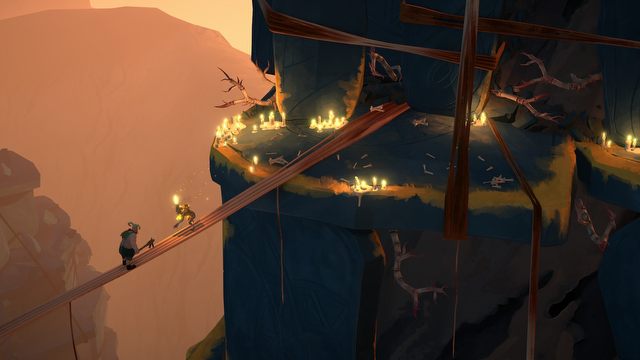 The game will be recorded between the dungeons, in a fairly large, hostile-free location playing the role of a hub. It can be explored freely, so we can decide on the order of entering the individual realms, which are available immediately. A very interesting solution regards death and possible permadeath.

If we die in most dungeons, the warrior will become trapped. Clearing this level with another team member will free them, but there's a catch. Sometimes, death will occur after the enemy uses a special kind of attack, telegraphed by appropriate interface element. Death in this way equals permanent killing of a warrior that shrinks our ranks. And we have only eight daredevils to defeat the ten gods.

Our chances increase slightly thanks to a handful of RPG mechanics. Every time a god is defeated and a dungeon is cleaned by a single warrior, the statistics of the whole team increase. From time to time, we can also find loot or a collectable to make combat easier, or quite the opposite. 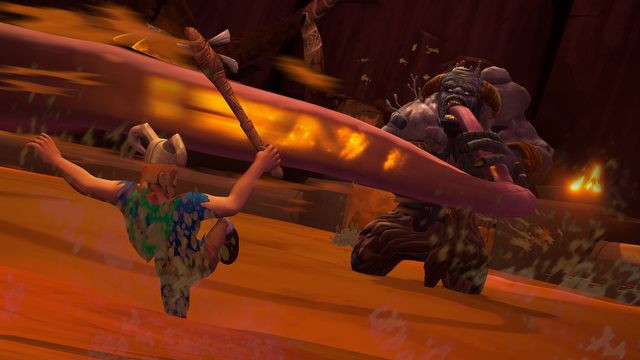 What amazed me the most about Gods Will Fall was the cheerful, colorful visual setting and comic-book style. This stands in somewhat of a contrast to the bloody fights and Celtic gods of Dark Fantasy, which the creators talk about. Thanks to this, however, the whole thing is a little bit more unique compared to other games out there. It should also help with the game's performance, regardless of platform  and it's worth adding that the premiere is also planned for the Nintendo Switch console.

The colorful graphics reminded me a lot of the Switch, and I feel that short, but demanding dungeons will be perfect for Switch sesh, and that the comic-book style will promote legibility on the small screen. For fans of the genre, it's certainly a must-have. Will the rest of you want to try your hand at fighting Celtic gods and tell your own story with Gods Will Fall? We will find out at the beginning of 2021. 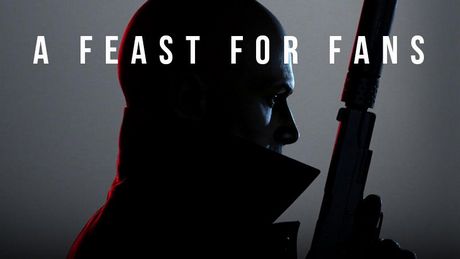 IO Interactive is operating much like 47  patiently, precisely, and methodically. The studio is making incremental changes to the stealth formula and is closer than ever to creating the perfect Hitman.