January usually isn't as impressive in terms of releases as the intense weeks preceding the Christmas. There may be something spectacular missing at the beginning of 2021, but in return there will be quite a few, rather solid productions releasing. So if you're already satisfied with Night City, we recommend eight new games that can add some variety to the first month of the new decade. As usual, our selection is diverse and should cater to everyone's needs. Unless you were hoping to see a Cyberpunk 2077 patch here. 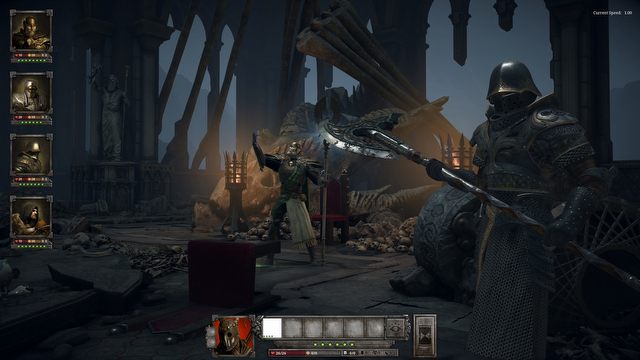 What is King Arthur: Knight's Tale?

Arthurian myths have already been heavily exploited in games, but developers still use them to tell their own story. King Arthur: Knight's Tale is a turn-based RPG in which we play Mordred who kills the title king, just to fall victim to assassination attempt himself. However, the ruler is rescued by the Lady of the Lake and moved to Avalon. And this is only the beginning of the story, because King Arthur, consumed by pain, changes beyond recognition and assembles a dark army. As a result, we, too, are brought back to life to stop our opponent once and for all.

The game was created by The Incredible Adventures of Van Helsing and Warhammer 40,000: Inquisitor  Martyr. This time they serve something different than hack'n'slash, because full-fledged turn-based RPG. As part of the journey through Avalon we will participate in battles  the death of our comrades will prove irreversible and the process of healing wounds will be long lasting. Therefore, it will be necessary to use resources carefully and also take care of team relations  internal conflicts or dissatisfaction with our actions will be on the agenda in King Arthur: Knight's Tale. Mind that this game will debut first in Early Access on Steam.