For players tired of playing battle royale games and seeing the same recycled features left and right, Naraka: Bladepoint seems like a breath of fresh air. While it retains elements of the genre, it also incorporates some impressive features to keep things feeling new. But is that enough to get you on board? If our impressions during our preview of the game are any indication – that answer is yes. 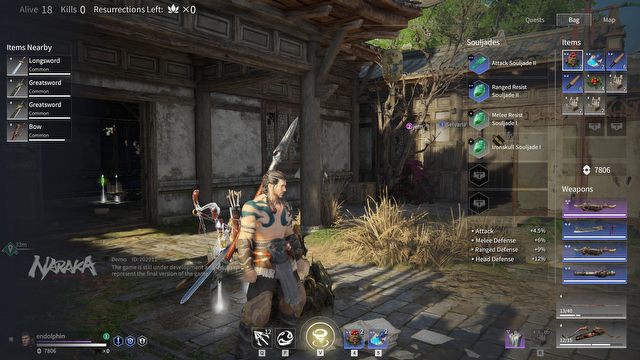 At its core, Naraka is a game of survival that places 60 players on a map solo or in teams of three to search for loot and fend off against each other. As time goes by, your playable area gets smaller forcing more players to come out of hiding and to duke it out until only one player or team remains.

This formula may sound familiar, but instead of relying so much on guns and projectiles, Naraka focuses more on swordplay and melee attacks. Think Apex Legends meets the aesthetic of Nioh mixed with the speed and fluidity Warframe.

As soon as a match starts, you need to loot nearby troves to find weapons and items that can help recover your health or improve your defenses. And while there are long-range weapons like bows, crossbows, and cannons, mastering your skills with weapons like spears, longswords, and katanas is key in this fast-paced and up-close-and-personal game. Crouching Tiger Hidden Dragon comes to mind.

Combat involves jumps, dodges, slides, and knowing what kind of attack to pull off on your opponents. Counters can stop charged attacks, but can be beaten by the more spammable regular hits which can be dodged or evaded. This rock-paper-scissors system to combat prevents players from simply mashing the same button and encourages knowing when and how to attack. 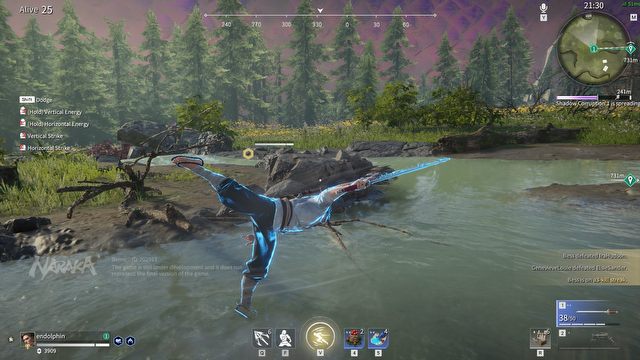 Your weapons wear down if you use them too much so you will have to keep repairing them with items you find or replace your common ones with more powerful epic and legendary swords. Ranged weapons, however, stop working altogether if they are used to much to discourage attacking from afar. Special “souljades” also can be found to further increase your stats like health, attack, or defenses so you can collect the ones to suit your playstyle.

Some battle royale games give you a game over if you get killed right away, but after you die in Naraka you can find resurrection spots and respawn. If you play in a team, your allies can also revive you, but being able to revive yourself is a great feature giving you a second chance in case you were ambushed too soon. 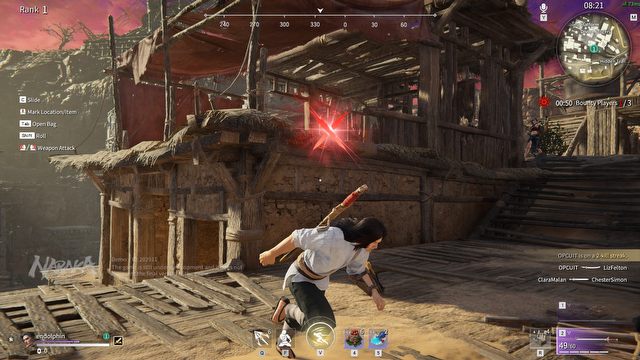 And while there aren’t any vehicles or mounts to be found, Naraka lets you traverse your surroundings through some seamless parkour moves and a handy grappling hook. This adds verticality to your exploration and lets you climb nearly anything you want. Using your grappling hook during combat can also be used as an escape mechanism when in a pinch or a great way to lunge toward an enemy and start a combo.

What you end up getting is a super fluid, mobile game that focus on close quarters combat but also rewards players who explore their surroundings to beef up their inventory and outlast everyone on the map.

Reap the rewards as you play 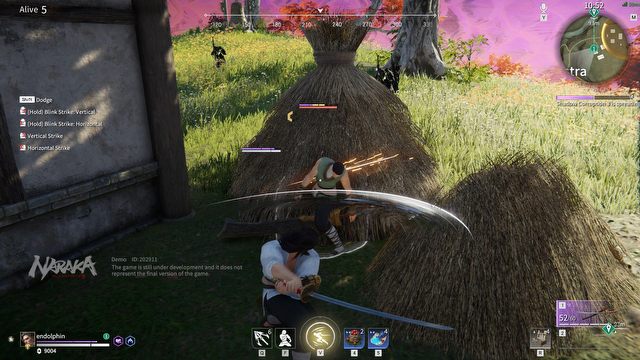 While some games let you outfit your playstyle based on the weapons you equip, Naraka also lets you choose from various characters who have unique powers in battle. Your attack strength is always determined by the weapons you wield, but playing as a character who can heal her opponents or a monk who transforms into a giant creature is a neat perk and gives players some variety.

Naraka is also a very customizable game and lets you decide what your character’s face or weapon looks like. These are merely aesthetic options, but you can also unlock additional costumes through daily and permanent quests that require you to play for a certain number of days or complete certain cumulative goals.

Some of what you can unlock is done through completing quests, but you can also use currency from killing your opponents to purchase additional skins. Micro-transactions exist in the game, but these are just for aesthetic purchases and do not impact gameplay. We can already get a sense that the game rewards players for playing constantly and gaining experience through wins and quests. 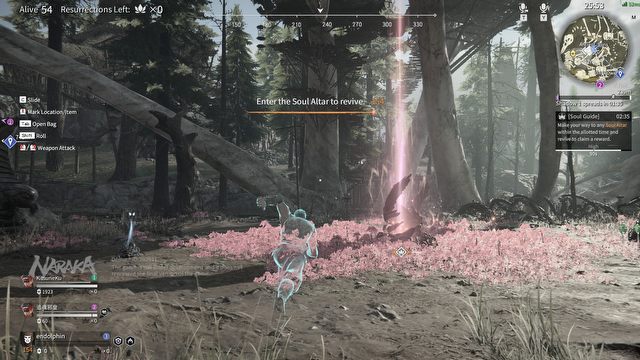 Besides its main solo or team modes, Naraka also features a deathmatch mode where the goal is to kill as many players as possible. Because you all start with the best weapons and armor possible, this mode truly tests your skills in combat and knowing when to run away and heal. It also lasts much shorter than its regular mode and offers a smaller, more intimate battlefield.

Because the game pairs you with other players of your skill level, you will often find players learning with you as you go. Bots even mostly populate your game in your lower levels and disappear as you level up leading to more balanced experience.

Naraka: Bladepoint gave me a glimpse of a new type of battle royale game and I can’t wait to see what else it will bring. Its emphasis on mobility and close-quarters combat is something we haven’t really seen in the genre before and makes for a faster and increasingly strategic experience.

Look for the game when it launches on Steam August 12th.

A failed colonization attempt sets off a survival adventure on an uncharted planet. No worries though – we have our wits, tools and… a potato?

Naraka: Bladepoint for PC turned out a pleasant surprise for our users - the current average score is higher than pre-release user expectations.