Im in the New York state of mind.

That's probably how most fans of The Division feel while playing the sequel, which could be inferred from a really large number of comments on the Internet. Summertime Washington didn't come close to snow-covered New York in terms of atmosphere, and appeal of buildings and locations. The developers from Massive Entertainment must have noticed that  Warlords of New York takes us back to where it all began  the Big Apple! 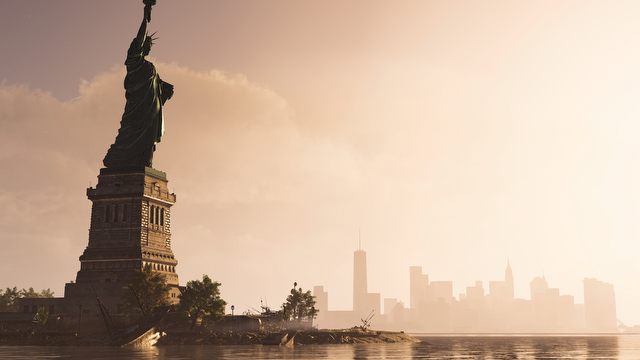 In New York, we will meet old friends again  Fay Lau, Paul Rhodes, and others. We will encounter an "updated" (in a sense) version of the Cleaners and Rikers while tracking down another friend, Aaron Keener. Looking at these returns, it seems the authors are following the same path as Bungie took with Destiny 2. There, too, after the initial poor reception of the sequel, the subsequent expansions brought locations, characters, or weapons from the original, with the idea of rekindling the passion for the game.

Unfortunately, just like Destiny 2, Warlords of New York will be the first paid expansion, although over the past year we have become accustomed to the fact that new missions and locations for The Division 2 were available in free updates. So, is it worth paying half the price of the game to return to shooting on the streets of post-apo New York? 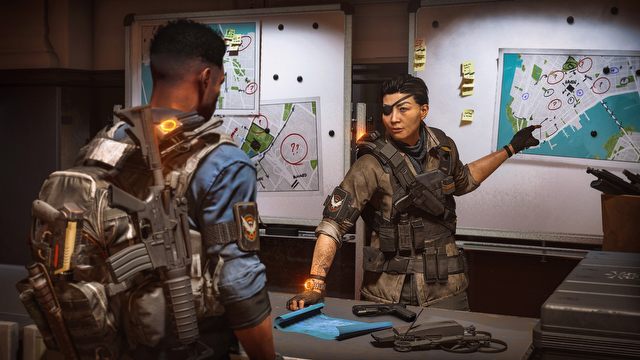 I can answer this question, of course, only in the review of the entire add-on. So far, I could only check the overall atmosphere and some of the changes made in the game, during a brief presentation at Massive Entertainment's headquarters in Malmo. And I have to say it's very familiar and simple... Familiar, because it's all the same as in the core game. The NY magic I remembered from The Division wasn't there, at least not for me.

A big factor here is probably the season  we return to NY after 8 months; it's already summer. No more misty mornings and snow, just lush greenery in parks and torrential rains. The buildings are taller, there are the ubiquitous fire escapes and the silver tower of the One World Trade Center dominating the skyline at all angles, but the atmosphere is exactly the same as in Washington, DC.

In The Division 2, you can get to an interesting place in Washington. It's a museum that hosted an exhibition called "NYC After Dark  a return to the Big Apple  January." In addition, you can see a map of the Lower Manhattan on part of the posters advertising the exhibition!

Admittedly, a visit to Coney Island at the beginning of February, and landing in Lower Manhattan on the first days of March seems to close for a coincidence. So was the Warlords of New York already announced as the core game was launched? According to one of the directors of the game, Yannick Bancaria, it is a coincidence!

"I don't think this was a hint... maybe it's more of an invention of one of the graphic designers? We always wanted to go back to New York, meet those characters again, study the threat from Aaron Keener, and tie all the loose ends. It's always been our dream to return to New York in the story, but I don't think it was a deliberate action."

Well... if this really was pure chance, you have to admit that Massive Entertainment has some prophetic designers. Guess it's a good idea to watch their works closely!

I was a bit surprised when I didn't find any references to the original game during exploration. I hoped for some of the same billboards, posters, advertising, but there was nothing. New York in The Division 2 seemed a city from a completely different dimension than in the first game. The dichotomy of human experience is truly astonishing. We complain so much about the laziness of the devs when they reuse some of the same assets; yet here we are, complaining about the exact opposite  but it's true. Or maybe I just haven't looked close enough. 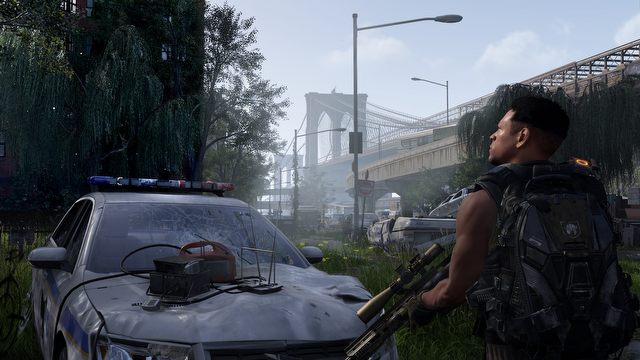 The choice of the new location is an advantage, though. The southern part of the island, Lower Manhattan, allows you to visit areas such as Battery Park, with a view of the Statue of Liberty, Two Bridges with an entrance to the Brooklyn Bridge; Chinatown, or the financial district with the famous Wall Street. We won't find a new Dark Zone for PvP battles anywhere. Lower Manhattan will be called the Light Zone, exclusively with AI-controlled opponents, and the plot excuse for that is the hurricane that passed over the city and damaged the walls, limiting access to the Zones. The entire area is done the same way as Washington  an exact, 1:1 scale with geolocation.