It so happened that during the holidays, I decided to relive my Witcher 3 experience once again, this time in the GOTY version, on PlayStation 4 Pro. When I was comfortably sitting at home, solving the complicated family issues of Phillip Strenger, an opportunity appeared  quite unexpectedly  to put the upcoming Switch conversion through the paces. 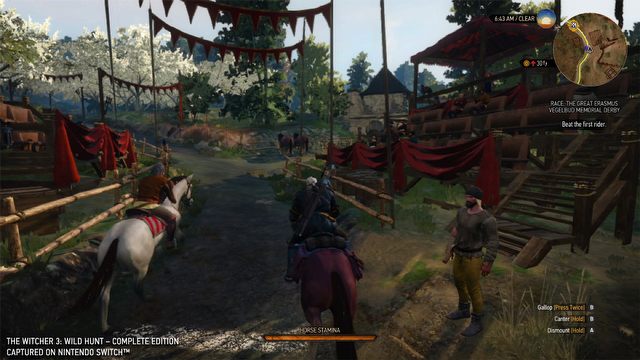 The port, developed by Saber Interactive studio, and referred to as "the Switcher" by the devs themselves, is now getting the final touches, and is nearly ready to release. Playing simultaneously on the Pro allowed me to directly compare both version and see if Switch is able to cope with what probably is the most demanding game in the short history of this unassuming console. To my surprise, things are better than I expected. There's no doubt that this will be the ugliest edition of the game ever released, but since it runs without any major flaws, it's still engaging as hell.

WHAT DO YOU GOT, SWITCH-BOY?

Until now, triple-A games for Switch could be counted on one hand. There are games like The Breath of the Wild, Wolfenstein II, Doom, Civilization 6, or Mortal Kombat 11. However, none of these was as demanding in terms of computing power as The Witcher 3. 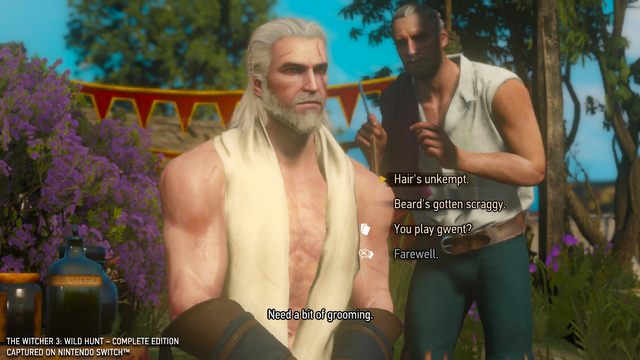 The REDs showed us the Switcher in the mobile version only, so I didn't really have a chance to see how the game looks on a TV. No regrets, though. I realize that 720p doesn't look very impressive on a big screen, and the writing on the wall says something along the lines of "Switch is a portable console, and being able to comfortably play The Witcher 3 anywhere you want is the whole point." 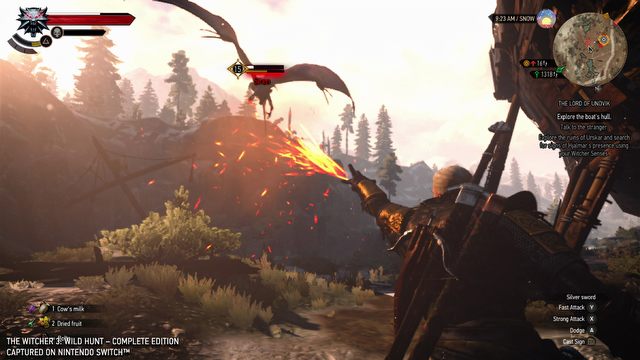 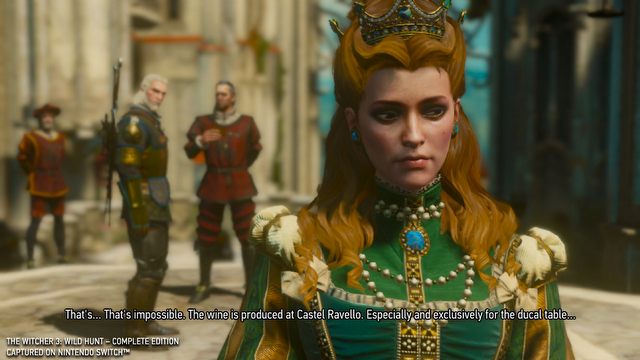 The outcome of such approach is much better than you could assume. 540p is enough to make the game legible and still visually attractive on Switch's small screen, despite the fact that the authors still had to compromise a lot in terms of the graphics. Textures look much worse than on PlayStation 4, and the field of view is not particularly impressive either, even though, at first glance, it seems to be really large. The main issue for me was that objects in the background looked like pixelated bitmaps rather than three-dimensional structures actually existing on the map. It's not a big drawback, but you might want to bear this in mind.

CD Projekt Red approached the conversion of the Wild Hunt to Switch with extreme caution. According to what weve learned on the spot, the developers were not entirely convinced their work even had a chance to properly work on the Nintendo console at all, and agreed to commit to the project only after seeing a playable demo. The people from Saber Interactive deserve a lot of credit here because apparently, they were working on the port without even being sure it will ultimately be green-lit by CDPR. In fact, this is probably the best proof that the decision to bring the game to the Switch wasn't simply dictated by profits. 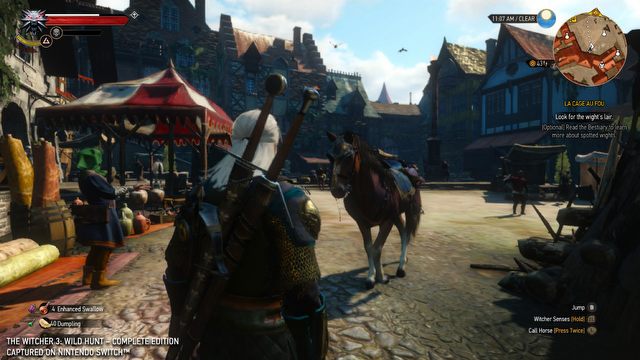 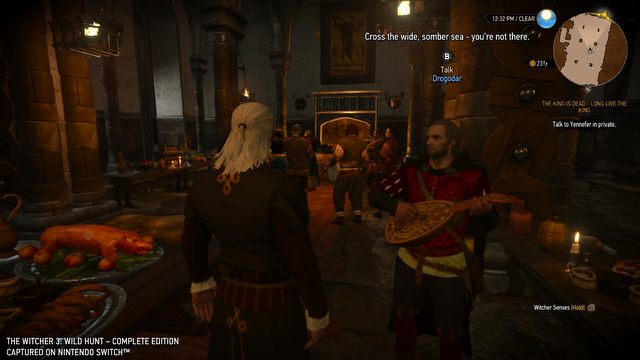 What I found a particularly good decision, was the fact the authors really wanted to get out of the players' way (even those, who use Switch only occasionally), making the game as accessible as possible. The mobile Switcher automatically enlarges all the text displayed on the screen, and, as we know, there's quite a lot of that in the Wild Hunt. You can see this aspect has been thoroughly tested by the authors of the conversion  reading smaller text, e.g. in the quick-access menu, was never a problem for me during the preview.