Battlefield 2042 is a colossal-looking shooter. Its giant maps and high player count per match makes you feel like you are part of an actual war. Bullets fly from all directions. Choppers fly above you as they shoot missiles across the horizon. Tanks plow through trees and destroy buildings all while a giant sandstorm looms in the distance.

It has all the ingredients of an epic war movie from the future, but it suffers from the very same things that make it so good in the first place. Its biggest strength is also its biggest weakness, and all that glitz and glamor only goes so far. For a game that features over 100 players all playing hero at once, it sure makes you feel lonely at times.

Of course, reviewing this game is incredibly difficult – Battlefield 2042 will be supported for years to come, as we know, and some things are bound to change and become improved; some might get broken or disappear completely. However, we have to rate the game that has just launched, and that's where the score comes from. This is a review of the game in a condition that will almost certainly be mended in the future. 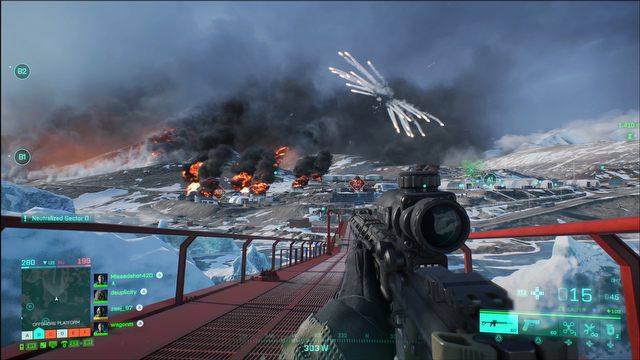 A smart move on DICE’s part, Battlefield 2042 doesn’t feature a campaign mode. No, instead of hastily made story and pointless narrative that tries to give you something to do in between online matches, the game is solely a multiplayer experience. And that’s fine considering the breadth of modes it offers – even though they are not all winners. There is some backstory to the state of the world, however, so you learn through matches that the United States and Russia are at war, and climate change has made for some bizarre weather conditions.

To further give life to its multiplayer experience, the characters or specialists you can choose from each have their own personality and unique ability they can use in battle. Emma, for example, can make use of a wingsuit rather than the usual parachute. Pyotr can deploy a turret, Ji-Soo can utilize wall hacks, and Maria can fully revive characters to full health. Each specialist comes from a different country and has some interesting lines during battle to further set them apart. 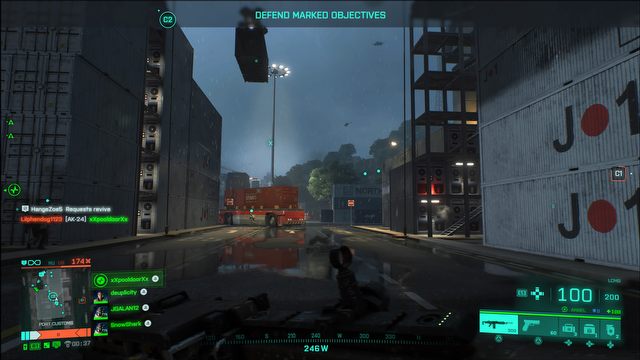 All this sounds good on paper, but you soon realize you can customize their loadouts to turn anyone into the “specialist” you want. Essentially, these characters become more like the operatives in Call of Duty: Vanguard. They look cool, have unique voices and certain skills, but can serve the same purpose as their colleagues only with a cosmetic difference.

This also means every character is a jack of all trades making the need to stick together or play as a team more futile than before. There are also two specialists – Emma and Mackay with his grappling hook – that feel more useful than the others because their abilities are, in fact, helpful during more situations and greatly impact maneuverability during combat. Sorry Maria, but you’re not the only one who can revive people. 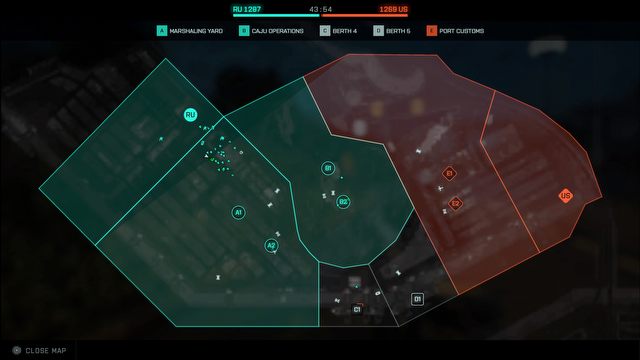 Considering there isn’t any single player mode, you’d expect the game to offer you a robust multiplayer experience, and it’s safe to say it does. Conquest mode returns and is bigger than ever as it takes place on gigantic maps that can hold up to 128 players at a time. This mode requires your team to capture various sectors on an 30-40 minute fight for power. You can choose to go in alone and kill as many soldiers as you want with your trusty sniper, stick with your squad and support each other with your specialist abilities, or go wild and use planes, helicopters, or hover crafts to destroy the environment and cause mayhem. 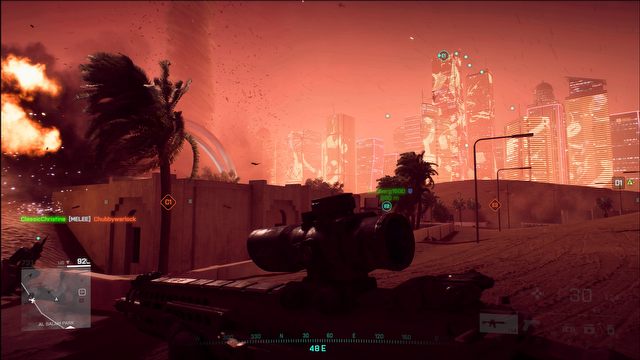 Again, while the possibilities are there, when you actually get into a battle, you will realize how it doesn’t always work as planned. Due to how many players there are on the battlefield, capture zones are bound to always get visitors so matches can get hectic pretty quickly. Lots of players will gravitate to these zones, but because they are also spread out over long distances, getting to a different one will require a lot of running around before you see any action. And if you do, you need to come out on top or else you will need to respawn farther back and do that trek all over again.

This can lead to a range of moments from dying every few minutes to having nothing to do for a long time. You can often feel all alone despite how many players there are on the battlefield simply because of how spread out and barren certain parts of the map can be. Further, Battlefield 2042 doesn’t have voice chat right now so you can’t actively communicate with anyone. Plus, there are no longer scoreboards during a match so you won’t have any idea of how you are doing. All this can make a match feel very disconnected and not worth seeing it out until the clock runs out. 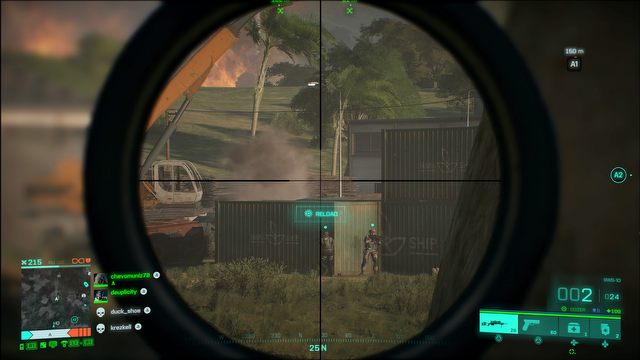 Compared to Conquest, Breakthrough feels more organized as the maps are smaller and zones are captured in a certain order. One team attacks while the other defends, so the action is more balance and you know where to find it. Unlike Conquest, this mode lets you pull off flanks, aerial dives, and more strategic moves if you know what you’re doing and if your squad is (somehow) communicating with each other effectively. And right now, the only way to do that is by using the in-game keyboard or Discord.

Speaking of communication, Hazard Zone is a mode that requires cooperation as it puts you and three other players together on a mission to gather data from various points on the map defended by enemy AI. Teams can only have one kind of specialist so here is where their use truly shines as your abilities can either make or break the dynamic of the team. Right now, this mode doesn’t work as effectively as it should mainly due to the limitations in communication, but hopefully the addition of voice chat helps make it more effective. As it is now, dying after a few minutes into a match, searching for another full team, and starting over again from the beginning is just a waste of time. 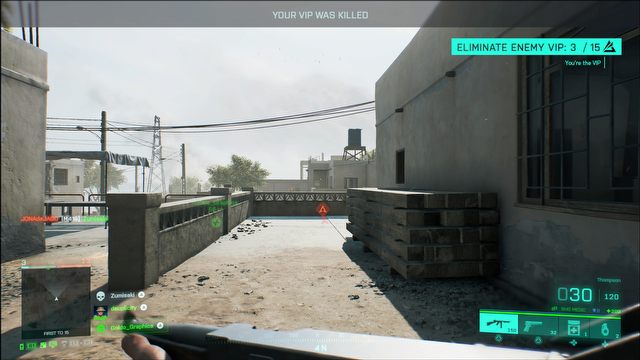 Perhaps the more familiar and yet more novel of the modes is Battlefield Portal as it not only lets you relive remastered version of past series maps and modes but also lets you create unique criteria for your matches. Pre-made games like Battlefield 1942, Bad Company 2, and Battlefield 3 are featured but so are countless other modes designed by players with unique modifications you can customize on a dedicated website. This lets you play around with various coding commands that can affect what certain actions do, what your UI looks like, and so much more.

Right now, Portal looks like a giant XP farming zone with lots of matches created for the sole purpose of exploiting weak AI with no guns, but it has the potential to grow into something much more complex considering its impressive customization options. Even its throwback maps offer a refreshing escape from the hustle and bustle of its modern modes. 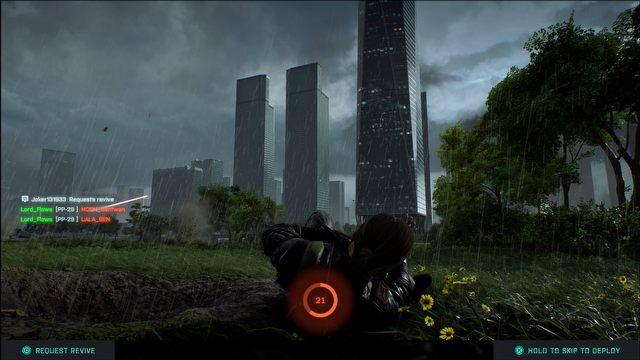 As impressive as everything looks, Battlefield 2042 has suffered some issues since it launched in Early Access mainly due to server issues and glitches. Even specialist Dozer had his shield ability disabled due it being invincible. We experienced some matches that made us spawn at the edge of building causing us to fall to our deaths or clip through environments when we got to close to a wall. There were even a few matches that refused to let us leave unless we quit the game and restarted the whole thing. Some of these issues have been resolved since then, but the game definitely needed more attention before going live.

When your squad is working together, Battlefield 2042 feels amazing. If you go at it alone or if your team ditches you along the way, the game feels too big to make you feel like you’re making an impact. As impressive as it looks, this shooter needs some love to polish off its rough edges and it needs a dedicated community of players to help its Portal mode achieve its true potential.

There are also some questionable gameplay choices that mar the overall experience. When you are prone, you are literally frozen in place and can’t even nudge unless you get up and move. Gone are the fluid ground movements found in Battlefield V. Even moving around the map and picking a respawn location is frustrating as moving the cursor to where you want feels more like a hassle than it should and it’s sometimes hard to see exactly where you will be landing since some of the icons are obscured. Also, if a teammate asks to be revived but then cancels to be respawned, the game won’t remove his body right away so you’ll often find yourself running to lifeless corpses in vain. 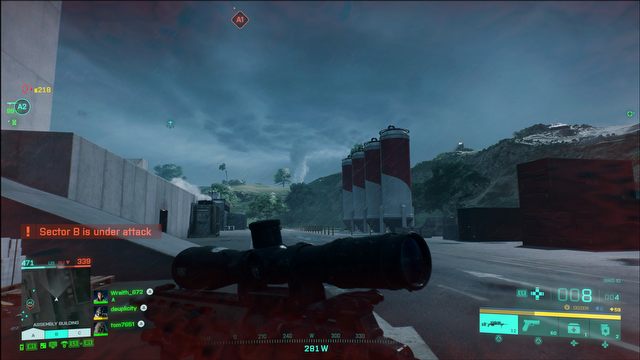 When your squad is working together, Battlefield 2042 feels amazing. Seeing a building crumble in your vicinity or seeing a giant sandstorm overtake your enemies makes for some great “levolution” moments in your games and really adds to the dynamism the game visually achieves.

If you go at it alone or if your team ditches you along the way, the game feels too big to make you feel like you’re making an impact. Even its specialists don’t feel as special as they should mainly because there is too much you can customize them with that makes them lose their unique qualities. As impressive as it looks, Battlefield 2042 needs some love to polish off its rough edges and it needs a dedicated community of players to help its Portal mode achieve its true potential. 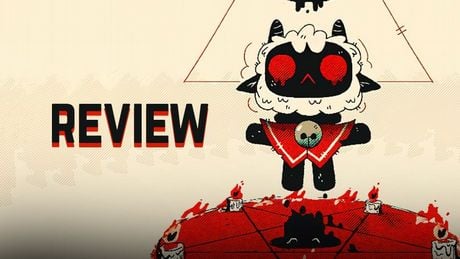 According to our users, Battlefield 2042 for PS5 was a disappointment - the expectations before the release were higher than the current average user score.