We, the gamers, know Chernobyl and its surroundings like the back of our hand. Its a place full of fierce mutants, ruthless bandits, strange artifacts and deadly anomalies. We know very well that meeting a band of fellow stalkers at a bonfire and drinking a couple shots of vodka with them (to help your body fight the radiation, of course) is about the only nice thing that can happen in the ghastly Zone. Many times we have roamed the concrete districts of Pripyat and derelict villages ridden with ravenous hounds (if were lucky) or snorks (if were not). Its easy to forget that somewhere out there, at the Northern border of Ukraine, there still exists the original, isolated Zone, and even though neither mutants nor anomalies can be found there, the terrible history and truly post-apocalyptic atmosphere of the place are absolutely overwhelming. 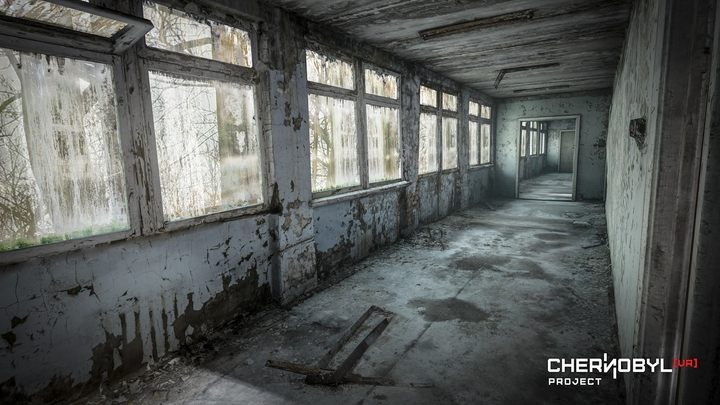 Three decades after the disaster, a trip to Chernobyl  even if only virtual  can still stir the blood.

Since trips to Chernobyl are rather expensive endeavors, the Polish developer  The Farm 51  have decided to offer a chance to visit the Zone to every owner of virtual reality hardware. Chernobyl VR Project isnt a regular game  its an interactive tour of the area abandoned since April 1986. Theres not a single fictional element here: Wojciech Pazdur, the director of development at The Farm 51, has admitted that the aim of this production is to show the story of the people affected by the disaster. Besides, every such game can be the last chance to see the Zone before its closed for tourists.

An interesting addition in the game is the Geiger Counter, which measures the extent of radioactive radiation. The player can use it at any time during the game and see how severely contaminated is the place theyre currently in. Although it does not benefit the player in any way, its nice to learn something new  and hear the characteristic noise, which we know so well from S.T.A.L.K.E.R..

Chernobyl VR Project is very serious about its theme, and the fact should be appreciated  though personally, I wouldnt mind a couple easter-eggs referencing to the S.T.A.L.K.E.R. series. The developers have granted us access to many different areas within the Zone: the school, the iconic Ferris wheel, the swimming pool  sometimes we can only watch them from one spot, other times we can walk and explore. From time to time we stumble upon an interactive element  looking at it for a couple of seconds launches a short clip, in which a Ukrainian tour guide introduces the given location. Theres a lot of content here, but I think theres too few interactive items. Still, Chernobyl VR Project is a unique opportunity to learn something about the place which most of us will never visit  and even if, will they climb onto the very top of the (in)famous Duga radar? 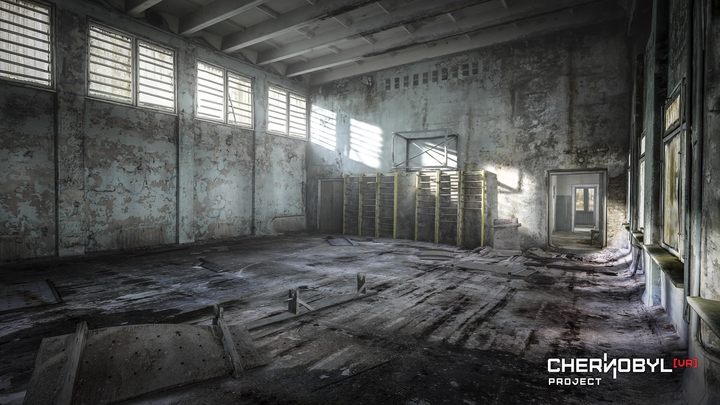 The ruined gymnasium is one of the many spaces in school, which is the biggest location we were able to visit.

I, for one, had the opportunity to do so, and I admit that when I looked through the rusty guard rails, down on the forest some two hundred meters below, my knees went weak. The VR technology is the perfect application for this project, and definitely doesnt cause any discomfort  maybe apart from the eye-storming white light covering the whole screen when you walk into a wall. The devs have done a proper good job  photographing individual locations thousands of times and then importing them into virtual reality with unprecedented detail: you can look at every rag lying on the schools floor or read announcements hanging on the walls. Chernobyl VR Project does a perfect job driving home the point that the Zone is an exceptionally grim place with an extraordinary atmosphere  even without any mutants. The goggles practically had to be removed from my head by force  otherwise I would just roam the locations for eternity, and the project would never be finished. 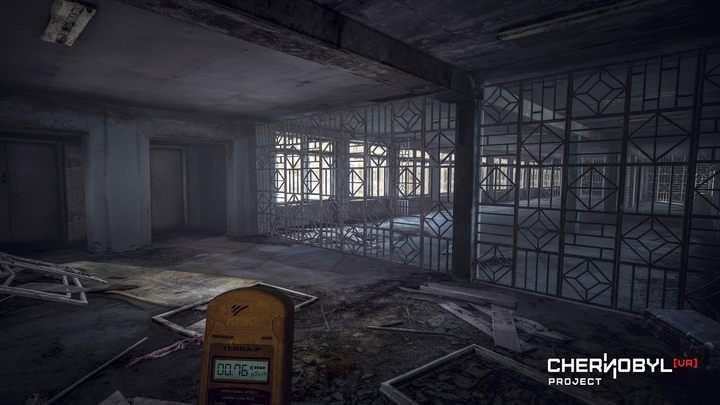 If youre curious how much radiation you would absorb when standing in a certain place, the Geiger Counter can provide an answer.

Even though not everything is actually polished. So far, theres actually no audio layer in this game, save for the sound of footsteps and the guides monologues. The devs assure that the game will have an ambient soundtrack when its released, and I like that idea  playing in total silence doesnt work well for the mood. The VR technology isnt as advanced yet as to provide sharp visuals in the goggles  during my trip to Chernobyl I felt like in a movie from the 90s. However, you can quickly get over this. 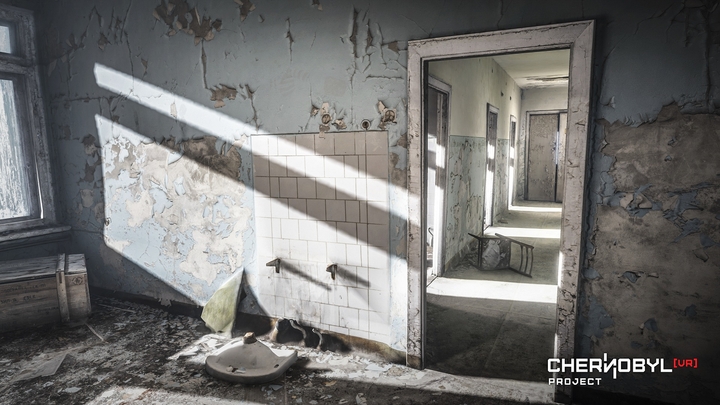 The Farm 51 did manage to refrain themselves from diversifying the Zones fauna with a couple of mutants, but the ghastly and grim atmosphere of desolation doesnt let you feel too comfortable.

Despite these lesser shortcomings, Ive had a great time trying out Chernobyl VR Project. But... perhaps having a great time isnt the best way to describe the experience. The project by The Farm 51 is an amazing source of knowledge about the disaster and the fate of people affected by it, and at the same time, one of the few virtual tours that I genuinely enjoyed. The somber atmosphere of solitude is very pronounced, at every inch of the game world. While it still has some rough edges, Chernobyl VR is already a great project. Too bad it will probably reach only a handful of players. 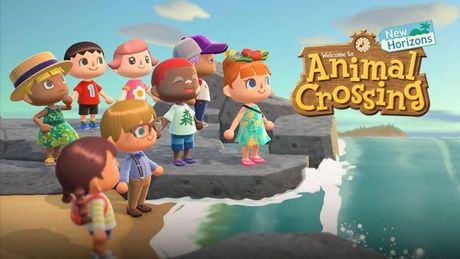 Animal Crossing: New Horizons will become part of your daily routine. Besides work, school, lunches and meetings with friends, you will catch butterflies and fish every day. And you're gonna enjoy it, because it's one of the best games of the year.