Chernobyl VR Project was developed for the 30th anniversary of the Chernobyl Disaster. This unique game is a blend of a video game and an documentary with movie narration. The game has been developed with VR goggles in mind, and was released on PS4 and PC. The studio behind this title is The Farm 51, known for such games as Deadfall Adventures, Painkiller: Hell & Damnation or the NecroVision series.

On Aprin 26th, 1986, a malefunction of the reactor number four in the atomic power plant in Chernobyl resulted with an explosion, which led to ignition of radioactive material  the fire set big amounts of radioactive particles adrift throughout the whole Europe, and leading to an economic and environmental catastrophe. As the aftermath of the event, more that 350 thousand people had to leave the city of Pripyat and the surrounding areas, in less than a day, leaving behind their homes, possessions, and lives. Many people, however, were severely affected by the disaster  most of all the workers who cleared the radioactive material and erected the sarcophagus. On the assumption that such a terrible tragedy should not become a theme for a simple action game, the developers decided to prepare an experience unlike any other  a virtual tour of the Zone, of sorts. The main goal of the developers was using the state-of-the-art technology available nowadays to create this interactive tale of the place and people scarred by the catastrophe.

Released for PS4 and PC, Chernobyl VR Project has been developed with VR goggles (such as Oculus Rifta, HTC Vive, Samsung Gear VR or Sony Morpheus) in mind from the very beginning. The game also uses such modern techniques as 3D scanning of the environment and assets, spherical photography, 3D films and augmented reality solutions.

When developing Chernobyl VR Project, the developers from The Farm 51 reached out to many people who were personally affected by the disaster, and met with many eye-witnesses of the explosion itself. The studio has also been supported by many famous people, among them a Nobel Prize awarded writer Svietlana Alexijevich (the author of Chernobyl Prayer), and the legendary boxing champion, now the mayor of Kijev, Vitali Klitschko. The Farm 51 also made a decision to direct some of the profits (depending on the games sucess either 10, 30, or 60 per cent) to charities helping those affected by the Chernobyl Disaster. 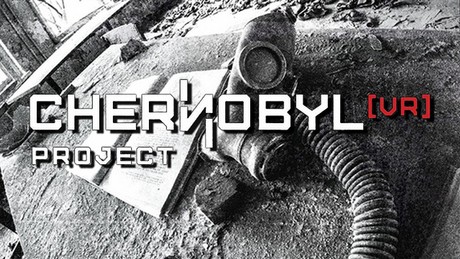 When visiting The Farm 51s HQ, weve had the opportunity to try out the virtual tour of the desolate Chernobyl. Although not a game, it enables you to taste the post-apocalyptic atmosphere of the place and learn a couple of things in the meantime.