The Chernobyl power plant disaster happened over 30 years and its aftermath is still felt by many today. There have been films and various media that have used it as a basis, but not have done what Chernobylite has achieved in producing a game that accurately captures the landscape of the Exclusion Zone while giving you the opportunity to virtually visit this area and change the world around you.

Blending history with science fiction, Chernobylite follows the story of Igor, a scientist who travels to the Exclusion Zone to look for his fiancée following her disappearance during the disastrous events of 1986. His search brings him to the power plant itself, but certain events cause him to abort his mission and reconvene at his base. Your objective is to essentially prepare Igor for another attempt to break into this heavily guarded facility and find out what happened to his beloved Tatyana after all. 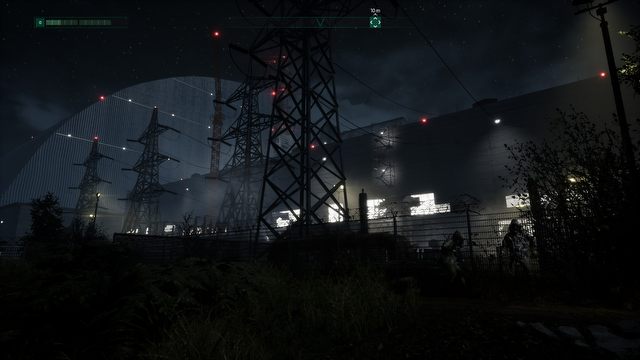 What happens leading up to this final heist is entirely up to you and you can attempt to retry it right away, but because the game is essentially one of survival, you will want to prepare yourself the best you can before you take on this final mission. Go on raids to find better weapons, recruit others to join your team, or simply level up and gather skill points to upgrade Igor’s overall abilities are key objectives you will want to focus on to achieve your objective. There is a lot to manage in this hearty game, but everything is presented in a way that’s simple to understand and gives you plenty of control to realize your vision.

For starters, you will need to decide how to take on each day. You can only complete one mission per day, but you can also assign additional raids to the number of team mates you have allowing you to rake in critical supplies in bulk if you are successful. If your team’s morale, health, or psyche drop due to a lack of food or low health, they are more likely to fail a mission and could even leave your team. Deciding on how to assign food at the end of a mission is an important decision you need to make to ensure your recruits stay happy and so that you don’t run into a potential mutiny. 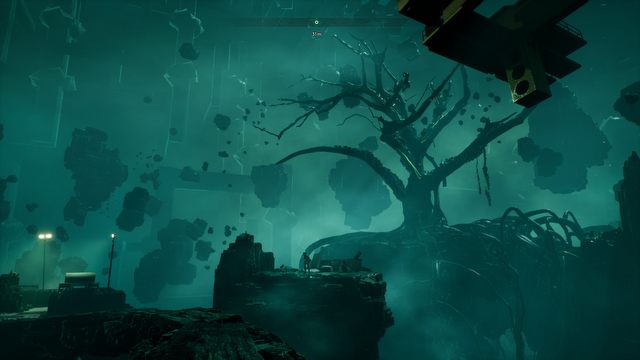 Because the success of a mission you assign depends on your team’s overall stats, you also need to ensure your base meets their needs through the magical art of crafting. A lack of bed can decrease their morale, but a television set can make them content. While you won’t have the ability to create your own base from scratch, you can easily outfit your existing headquarters with as many crafting stations or furniture as you want giving you the option to better prepare for battle or to keep your team happy. 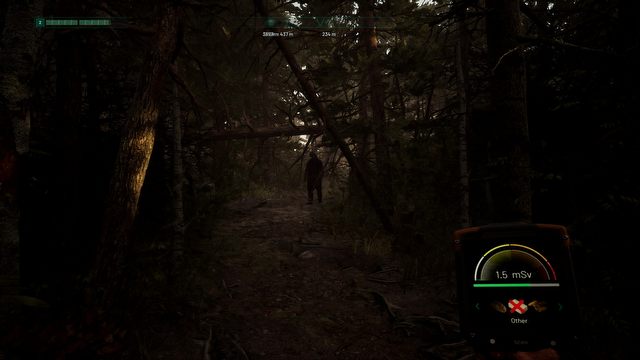 Crafting is such an important aspect in Chernobylite, that each mission you or your teams go on will give you the chance to find ingredients to make just about anything you can think of. Crafting isn’t as complex as that in, say, Fallout 4, for example as certain items simply require basic ingredients that you can easily find in the wild, but what you can create opens up more options to further enhance your missions, characters, and weapons.

Finding these ingredients can prove to be a challenge, however, simply because the game doesn’t do the best job of showing them to you in your world. You actually need to get really close to anything you can pick up for it to be obvious. Otherwise, you need to keep constantly using your Geiger PDA device to scan your surroundings and highlight these items that then clash with its otherwise realistic surroundings. It’s small price to pay for convenience but also could have been integrated in a more subtle way.

Despite this small flaw in your environment, the overall world is truly a harrowing yet beautiful sight to behold. Your missions will take you to locations like Pripyat, Kopachi, and the Red Forest, each offering its own unique landscapes scarred by the effects of radiation. You will see gnarled and abandoned playgrounds, ghostly train yards, and the towering and foreboding Duga array in the distance. 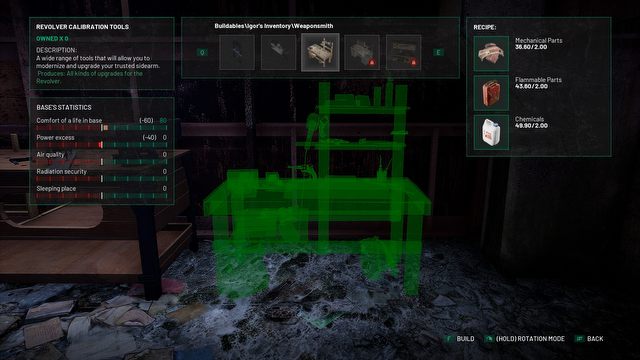 What’s most impressive here is realizing that the dev team spent over a year capturing photos, video, and 3D scans of the Exclusion Zone, even visiting these irradiated sights to capture enough imagery to digitize it all into the game. What you get is a journey that feels quite surreal and, coupled with its eerie soundtrack and strong lighting effects, gives you an atmosphere of dread, sadness, and intrigue all at once.

Each day means a new mission, but you will often need to revisit the same areas multiple times either to gather more supplies or to complete a story-related objective. This means you will be entering the same building or walking down the same road several times, but because these zones are so dense with detail, you may forget you’ve been there before. To keep things fresh, these missions will take place during different times of the day, feature different enemy clusters, newly generated resources, or even include new optional objectives. 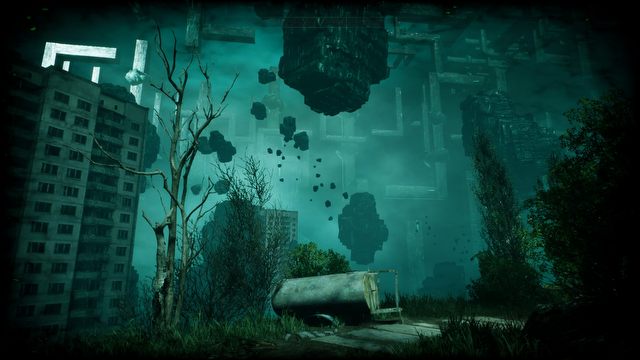 As you will discover, Chernobylite is also a very sci-fi experience amid its realistic backdrop. You will encounter creepy shadow creatures that appear from dimensional tears that were formed due to radiation. The eponymous Chernobylite element that came into being after the nuclear explosion also powers up your portal gun – yes, you have a portal gun – which lets you conveniently return to your base when you complete your mission. So while the game retells the effects of a historically bleak moment in time, its events also are peppered with these extra bits of fantasy that will constantly pique your curiosity.

Choose How To Fight 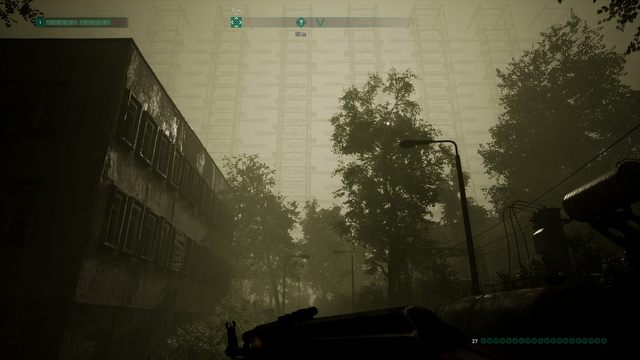 During your missions, you could encounter these creatures but your other threat is the enemy military group that roams the Exclusion Zone. You have the option to use stealth and sneak up on your enemies and quietly take them down, or you can go in guns blazing. The issue with stealth is that enemy AI isn’t very smart so you can easily memorize their paths and take them out without alerting anyone. Taking them on head-on is a lot more fun and lets you whip out the assortment of guns you can find and upgrade, but also poses a threat to your health. For a game that heavily emphasizes survival, sneaking around is your best option despite what it lacks.

In fact, one way it amps up the difficulty is by forcing you to manage your own health and sanity. Your psyche, for example, goes down if you don’t have food, but it also decreases after you kill enemies. Radiation can also become a problem if you wander into irradiated areas. And so you constantly need to be crafting items to keep these two things in check in addition to your health bar and how much ammo you have. While combat may be lacking, managing your overall health and supplies mid-mission add a nice layer of strategy and challenge to your raids. 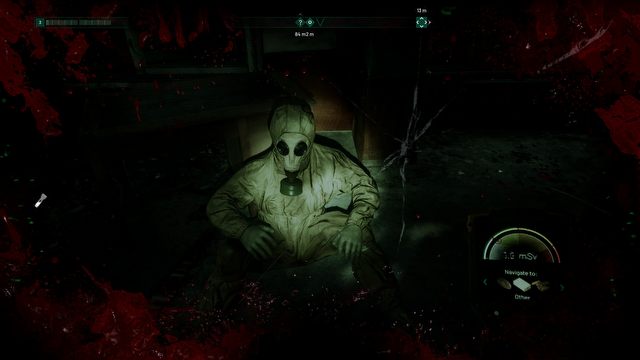 You have a choice with how to approach combat, and you also have a choice in various decisions during your adventure. In fact, Chernobylite is also very much an RPG in this regard as your choices can severely impact certain parts of the game including who joins your team, how the story progresses, or even how certain missions can play out. Even dying poses a choice and lets you essentially alter the way certain past events played out without needing to start a new game. It’s a bizarre concept but a welcome addition that complements its sci-fi elements and gives you a unique playthrough each time.

Bizarre but beautiful indeed, Chernobylite is an amalgamation of various genres in one captivating game that you wouldn’t think could pull it off as well as it does. Its missions offer much of the same over the time and its combat could use some work, but its world gives you enough diverse events, objectives, and live challenges that keep you thinking ahead. Plus, add to that its 3D scanned world of the Chernobyl Exclusion Zone and you get an ambitious game that blends fiction with reality and offers you an experience unlike any other. 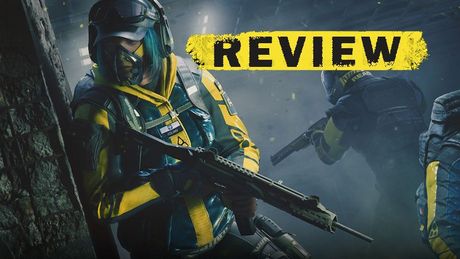 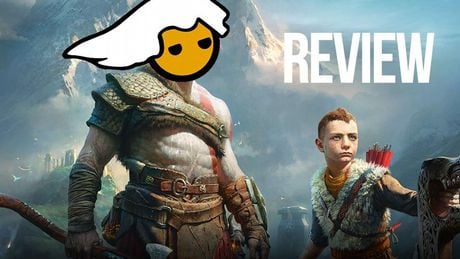 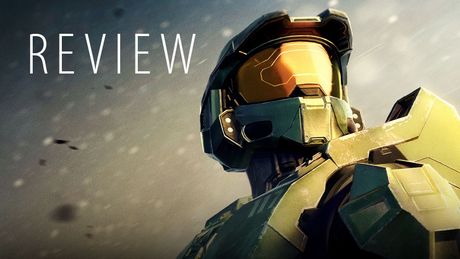 Chernobylite for PC turned out a pleasant surprise for our users - the current average score is higher than pre-release user expectations.