Chernobylite is a survival horror game that takes place in the Exclusion Zone around the Chernobyl nuclear power plant. This title offers the players a deep, emotional story, interesting gameplay and beautiful graphics based on the Unreal Engine 4 engine and 3D space scanning technology. The Farm 51 studio, the devs of Get Even, which has been well received by the media industry, is responsible for the creation of the game. Interestingly, in order to ensure a high level of realism in their game, the devs decided to travel to Chernobyl.

The Chernobylite Guide is a compendium of knowledge about this game. It consists of general advice, a description of the most important game mechanics and an accurate walkthrough of the main plot. You'll also find hardware requirements and controls here.

The Farm 51 has released a teaser trailer of Chernobylite, a survival horroru that will enable us to go sightseeing in the Chernobyl Zone.

The Farm 51 has released a bunch of new information on the studios upcoming game  the ambitious survival horror Chernobylite.

Chernobylite, the upcoming survival horror game whose action will be set in the Chernobyl Exclusion Zone has just got its first gameplay footage. 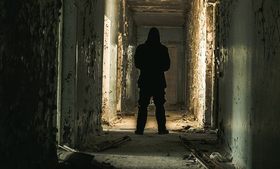 The Farm 51 published almost 30 minutes of gameplay from Chernobylite, a survival horror that will take us to the Chernobyl Exclusion Zone.

Kickstarter campaign for survival horror Chernobylite has exceeded its minimum goal. The creators also boasted the progress in the works on the console version of the game.

The Kickstarter fundraiser for Chernobylite is over. The amount of money obtained was twice as big as the minimum goal, which will enable the devs to expand the content of the game.

Polish studio The Farm 51 has published an extensive gameplay from Chernobylite, the title slated for release on PC, PlayStation 4 and Xbox One. We can see the infiltration of the Chernobyl power plant and how the Eye of Moscow would collapse if someone decided to blow it up.