Sucker Punch Productions is one of Sony's in-house studios which had an opportunity to introduce the eighth generation of consoles to players. Infamous: Second Son that was created by this team was one of the first major exclusive titles developed for the PlayStation 4 and a demonstration of the hardware's technical capabilities. More than six years later, the same team received an equally important quest of saying goodbye to the retiring console – Ghost of Tsushima is the last major exclusive game PS4 will get from Sony Studios. And this farewell was made in a style!

Ghost of Tsushima fulfills the promise of a thrilling adventure set in Japanese realities by offering an engaging story, a beautiful world, and plenty of content. The game has a few flaws and annoying simplifications (at least until we get used to them). However, it also has many outstanding features that are building up all the fun. The outcome is just phenomenal. 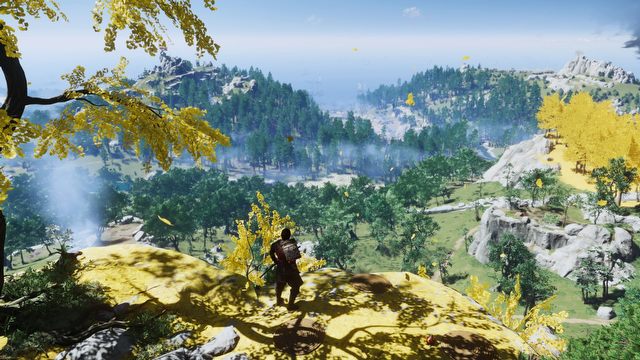 GHOST OF TSUSHIMA IS:

The story begins with a typical earthquake, that is, drama full of tragedy. We have the second half of the 13th century. Located in the middle of the Korea Strait, the island of Tsushima becomes the first target of the Mongol invasion of Japan. Less than a hundred samurai warriors who inhabit the island have to confront the overwhelming enemy forces and are crushed in the course of an impressive playable sequence. Among the few survivors are the island's ruler, Shimura, who was taken prisoner by Mongols, and his nephew, Jin Sakai, who is rescued by the thief Yuna.

We play as Jin, the main protagonist of the game. From a young age, raised according to samurai traditions, taught that honor is a virtue more important than everything else, he believes that the traditional methods of fighting against the Mongols are the way to undeniable defeat. In order to save his uncle, the island, and perhaps all of Japan, Jin learns new ways of acting. He abandons honor and learns from Yuna how to become an assassin, which, in combination with his samurai training, makes him a deadly killer. Over time, he is being perceived as the Ghost in the eyes of the simple people, an almost mythical figure that sows terror and despair in the hearts of his enemies. Abandoning everything he believed in so far doesn't come easy for Jin. The price he has to pay for abandoning the bushido way in the name of saving his homeland and uncle will prove high.

The plot of Ghost of Tsushima follows the patterns set decades ago by samurai cinema, with the immortal works of Akira Kurosawa at the forefront. Fans of these types of movies will not be surprised by Jin's story, correctly predicting, based on suggestions made during the cutscenes, in which direction the story is headed.

However, predictability doesn't have to be a disadvantage when the story is solidly conducted and the characters are well–written. This is the case here. Jin's dilemmas resulting from abandoning honor and pushing further boundaries in the name of a greater good seem believable, as is his uncle's dilemma, who is torn between the love for his errant nephew and fidelity to the moral compass with which he lived all his years. 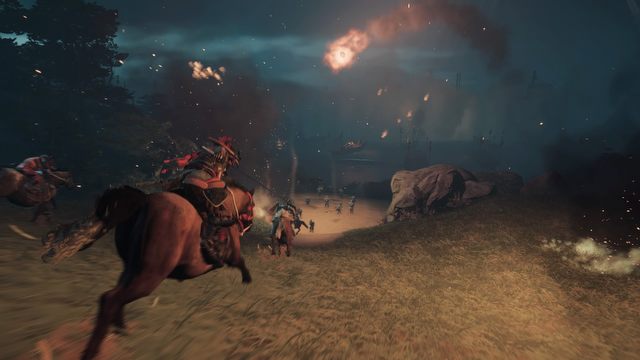 The story also features side characters, who players are bound to remember as they relive their own wartime tragedies. In addition to the aforementioned Yuna, we come across a warrior monk, an old bitter master, or a self-obsessed senior of a fallen family. Sucker Punch Productions even managed to create a pretty good villain – Khan, who is the leader of Mongol forces, may not arouse sympathy and is not the hero of his own story, but he has well-plotted motivations and does not act like a grotesque monster.

Most of all, the plot has great, memorable moments. I don't want to throw specific examples here that might spoil your enjoyment of experiencing them on your own, so I'll just write that the path the Ghost is taking is full of epic dialogues (come on, a samurai game can't exist without it), spectacular moments that evoke the effect of "WOW, that was so cool! I want to see it again!”, and sequences that are more peaceful, build atmosphere and more clearly draw relations between the characters. In turn, they all come out naturally and inexorably, organically fitting into the situations and atmosphere of the presented world. This is especially important in terms of the second category (the "WOW" moments, as I call them), which, thanks to the right foundation, make exactly the impression they should and do not fell artificial.

Ghost of Tsushima for PS4 turned out a pleasant surprise for our users - the current average score is higher than pre-release user expectations.