When it comes to horror, you've got to pull out all the stops for gamers. Jump scares just don't cut it anymore. With a generation growing up on Five Nights at Freddy's, games have to take a more nuanced approach to how they handle scaring the pants off of players. Tarsier Studios' 2017 horror puzzle platformer introduced players to an unsettling blend of action, running, jumping, and unsettling delights.

Now that the sequel is here, it's refreshing to see that the team at Tarsier have taken what made the original game tick and thoroughly analyzed it to excellent effect. Its sequel is no less of an exciting combination of grotesque visuals and problem-solving that's challenging and immediate. If you were waiting on another helping of mature horror that creaks and groans with every step, you’ll certainly find it in Little Nightmares 2. 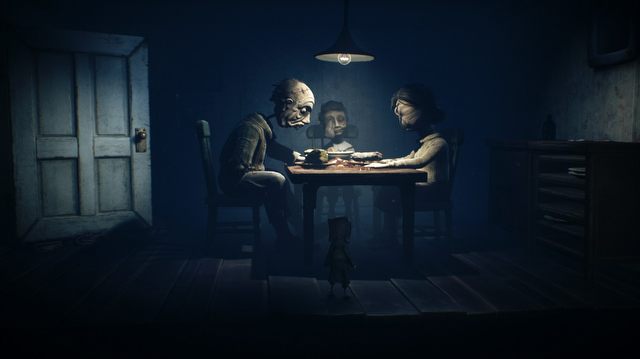 Little Nightmares 2 introduces you to a young man named Mono, a seemingly tiny child who wears a paper bag with cutouts for eyes. It's your job to navigate a series of dark, foreboding areas beginning with the confines of the deep, dark woods. As Mono, you must make your way through the forest as the game opens while avoiding bear traps, opening cages to use them as stairsteps, and cleverly avoiding traps to make it to a bizarre old house.

Mono can jump, grab, pull items, climb, and move around quite deftly in a fairly realistic manner. There's a wide play field to explore, and you can move forward and back on different planes, which makes controlling Mono enjoyable and believable, though still somewhat dreamlike.

Occasionally, Mono reaches what looks like an abandoned house filled with grotesque kitchen scenes, twisted, nightmarish visions of the family that used to live there, and more. 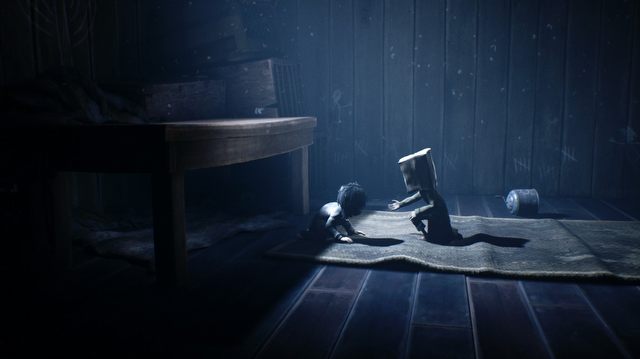 Eventually, Mono happens upon a young girl: it’s Six, the protagonist from the original game. Only it seems she's without her yellow raincoat, a signature part of her character design, which has some interesting implications as the game wears on. Once Mono happens to find Six, the pair begin working together to solve a variety of puzzles. The pair stumble through each area together, one holding the other up to reach taller structures, and the other jumping from platform to platform to pull down keys.

This mechanic adds some valuable diversity to what could have been a bland attempt at furthering the series. While sometimes the AI-controlled Six does not immediately follow what you need her to do, and the controls can be a bit fiddly, this is still a worthwhile addition. 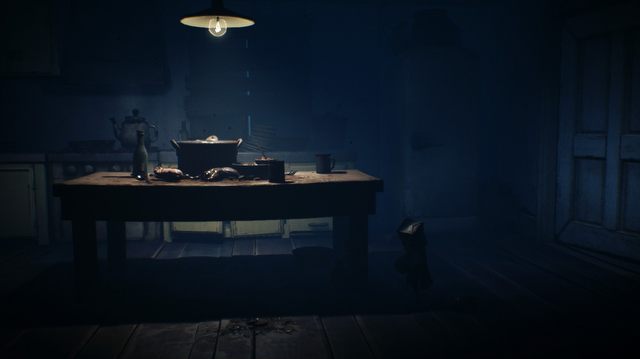 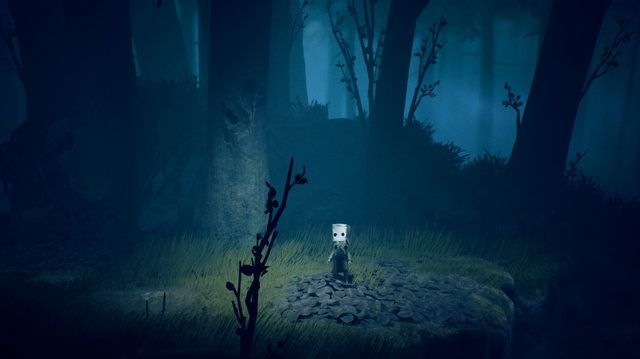 It's great to have someone by your side in this side-scrolling world, because navigating it feels more than a little disturbing. Every area has something unsettling within, even if it's relatively small and seemingly benign: corpse-like bags that hang from the ceilings, animal cages, random shoes near them, and other spine-tingling implications of dread. To that end, it’s good that you can move around with another character, even though you’re ultimately alone. At least it doesn’t feel like it all the time.

What won't make you feel good are the terrors that move about in certain places. Once you meet The Hunter, you'll wonder if you can press on so easily. The Hunter makes its presence known slowly but surely as one of the first monsters you face, with a terrifying shadow cast over Mono and Six. You've got to avoid his barrages of bullets that spray at you with lightning-quick reflexes, a far cry from the slow-paced horror that initially eases you into the game. While this is only one of several encounters you’ll have to steel yourself for, it doesn’t make your time spent trying to feebly escape potential captors any less creepy. 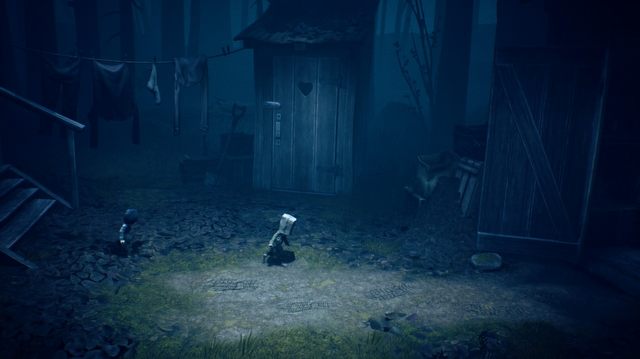 You’ll work your way through several larger expanses, including a city area and other equally chilling environments as you contend with a variety of challenging puzzles, moving setpieces, and dangers that await Mono and Six. While sometimes it’s simple to telegraph what kind of things you’ll have to do to push forward, you’re always faced with something scarier around each bend, all the way up until the end. And if you’re looking for disturbing visuals and figures, there’s plenty of that in droves.

There’s also plenty of reason to hone your platforming skills. You’ll have them put to the test over and over, time and time again, as you press onward. Permadeath isn’t a rarity, and you’ll be forced to deal with it often. This pushes you into learning, however, and getting over your fears as you conquer additional levels, which is undoubtedly a good thing. 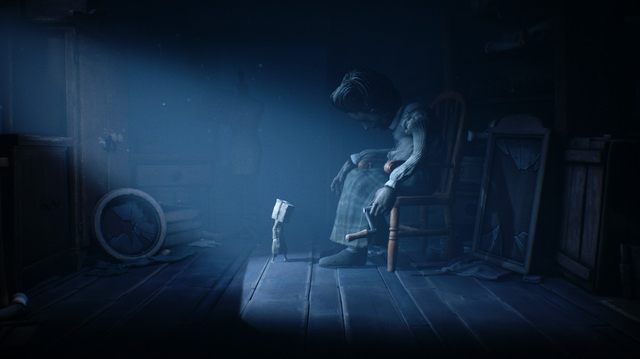 Little Nightmares 2 is an eclectic mix of spine-tingling environments, characters, monsters, and visuals that grips you from the beginning and doesn't let up. It can be occasionally repetitive when you complete puzzles, but overall it's an oppressive, unsettling string of nightmarish visuals and situations that you'll be thinking about long after you complete the game. Getting to know the plight of Six and Mono is part of the fun, and if you were on board for the first game, there’s no doubt you’ll love what’s in store with this one – as long as you can go without turning off the console or PC in sheer horror, after all.

According to our users, Little Nightmares II for PC was a disappointment - the expectations before the release were higher than the current average user score.