Last year was an off year for the world and for Major League Baseball. The COVID-19 pandemic postponed many games, stadiums were closed to fans, and it all led to a shorter season. Even now that the 2021 season has started, stadiums are holding less people than before and masks are still required by most. Despite these deterrents, the show must go on, as it were, and there’s no better showcase of the world picking up where it left off than MLB The Show 21. 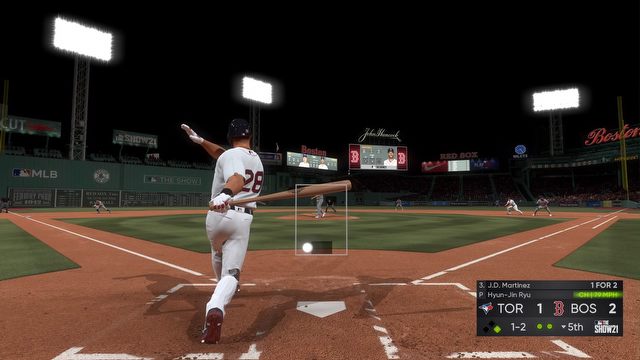 Like clockwork, The Show is your yearly dose of baseball with each installment giving fans updated rosters and tweaking the overall experience just by a little bit to continue to keep MLB fans happy through another season. This year also marks the first time the game releases on both Xbox and PlayStation offering even more fans the chance to get behind the mound.

Following its yearly formula, The Show 21 is what you would expect. It’s an updated installment to a series that is perhaps one of, if not, the best baseball simulators in the industry and adds in a few features to keep things somewhat new.

Fresh out of the gates this year is a brand new Stadium Creator. You can choose from 30 base models to customize as you wish, or design a stadium from the ground up editing the field, stand placements, lighting, and even the backdrops in the vicinity. Its controls take some getting used to, but once you master it, you will realize how robust this feature really is. Sadly, your created stadiums don’t offer a night-time mode so it’s a bit awkward playing a game in the dead of night with the sun still shining. The Show has always been about the sport of baseball so this mode was completely not needed, and in fact, is only available on next gen consoles. Its inclusion, however, is welcomed as it helps loosen the reins on your creativity letting you use your parks in other modes and even share them with others online. 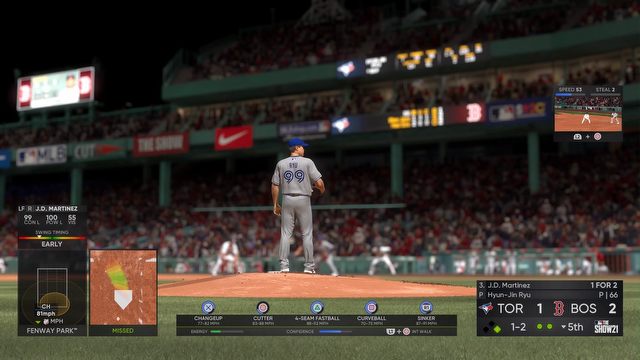 Another addition this year comes in Road to the Show as it lets you character start off as a two-way player. You don’t have to keep him on this path, however, and have the option later on to focus on hitting or pitching – or follow in the footsteps of Shohei Ohtani and do both. As in previous installments, this mode essentially follows your player from the beginning of his career as he moves up the ranks to big league stardom so offering you the option to do both actually helps change up the action in your daily and weekly progress towards ranking up.

You also have more flexibility in how your player performs thanks to the ability to equip loadouts before each game. This means you can set-up different pitches whenever you want or equip stat-boosting archetypes and perks to continue to influence how your player levels up. Do you want to make him focus on speed and base stealing, contact and plate vision, or fielding and reactions? You have even more options this time around to make him the player you want him to be. The downside to this is that you may need to keep adjusting your loadouts before each game especially if your character happens to be a two-way player. 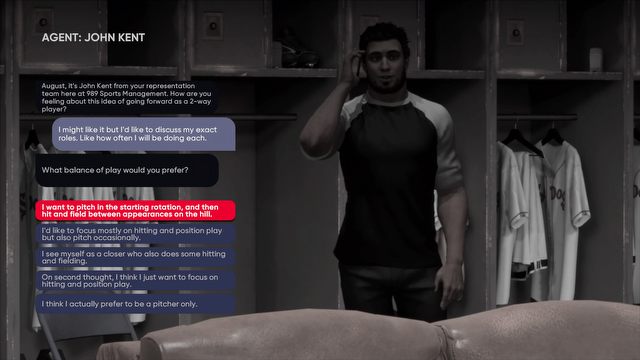 On top of that, this year also introduces Pinpoint Pitching which is one of the more advanced ways to pitch. Its analog controls are akin to commands you need to input in a fighting game and offer you more precision when making your pitch as it reads how accurate your gesture was and the speed in which you performed it. It does take some getting used to and won’t be for everyone, but as with most game features, you can tweak your pitching style to whatever setting you want.

The sights and sounds of baseball

The Show has always been about the spectacle of the sport, and this year is no different. You will be treated to the sights and sounds of the ballpark from roaring fans to the crack of a bat hitting a ball. You will hear the crowds boo, cheer, and even the surly shouts of the umpire after a strike. It is a bit odd to see stadiums packed to the seams, though, considering the current state of the world, but it does remind you that The Show is all about capturing that essence of America’s favorite pastime and all the energy you feel from being part of a game. 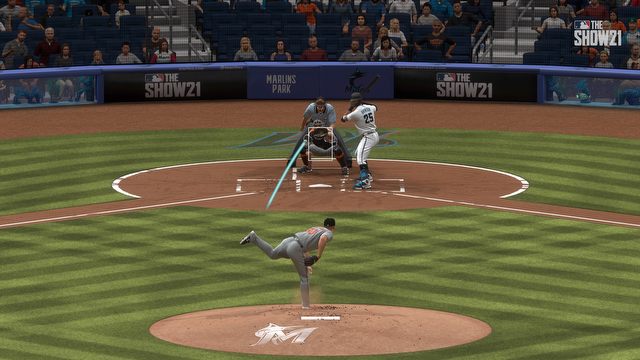 Games feature a broadcast style true to a televised show with commentators chiming in with opinions, facts, or general forecasts during each play. Their lines will sound familiar as most of the script is a repeat from previous years, but what is new this season is the inclusion of video commentary during Road to the Show. MLB vets and analysts will provide their insight on how your player is progressing in podcast-style videos which help to make your lowly rookie feel like a rising star and add some narrative to your journey.

If you close your eyes, you could mistake The Show for an actual baseball game, but once you open them, you will realize it’s not. Yes, the lighting is enhanced, the framerate is better, and improved fielding animations (over a hundred additions since last year) make your players feels less clunky, but its visual aren’t revolutionary by any means. Some background textures look pixelated and the faces of the players, while recognizable, don’t look as impressive as you would expect on a powerhouse console. In fact, some look familiar from earlier installments and even sportscaster Heidi Watney looks a bit dated. The Show 21 is essentially fresh paint on an old car. 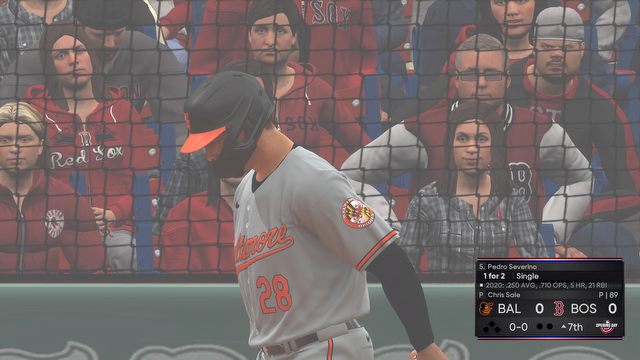 And that’s how the rest of what The Show offers feels like, and by no means is it a bad thing. It still runs just fine, its modes still give you plenty to do, and some touch-ups here and there offer enough changes to differentiate it from last year, even if only slightly. Its card collection mode, Diamond Dynasty, returns with similar offerings though this time lets you import your Road to the Show player complete with his stats to get in on the action. Franchise mode also benefits from Stadium Creator since you can not only make your own teams and uniforms, but you can essentially customize your fictional team’s ballpark giving you more ownership power. 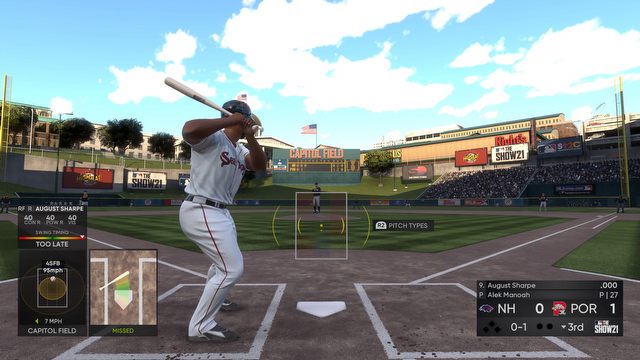 Your main playing modes will be Road to the Show and Diamond Dynasty, but you can always take on other players online through Exhibition games using live rosters which always add a dynamic feel to the game. You really can’t beat the feeling of playing that day’s upcoming game and seeing how your favorite team fares up against your opponent. Online matches feel as smooth and responsive as ever though we did encounter the occasional server issue every so often disabling any hope of playing online. It’s also a shame you still can’t take your original created teams online against others.

Year after year, MLB The Show exemplifies its consistency by delivering a product that continues to deliver one of the best baseball games on console, this time also letting Xbox players in on the fun. Its previous modes return as strong as ever and some new additions like Stadium Creator, Pinpoint Pitching, and better animations make for richer and more precise plays. It may not be groundbreaking nor will its modes wow you this time around, but you are still getting one of the best ways to experience the thrill of the sport without needing to get drafted. 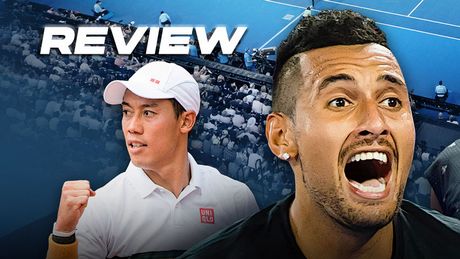 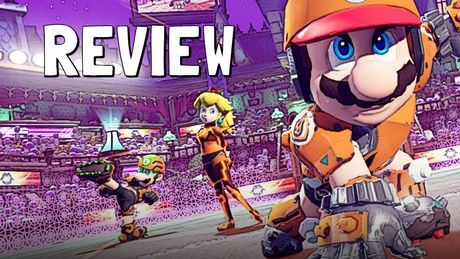 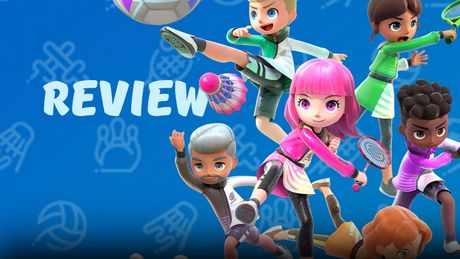