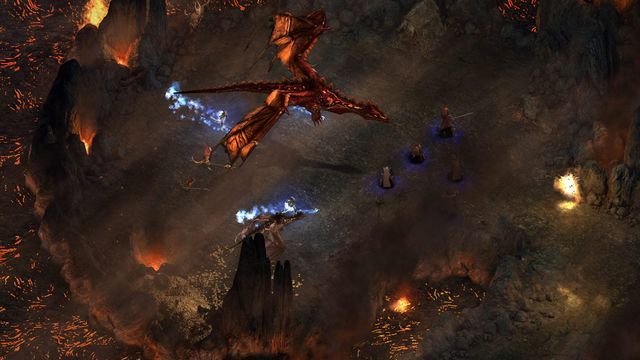 The creators decided to introduce the mechanics of... health regeneration. There are two parameters determining a heros points of life  once they lose the classic HPs, the character (who is now only unconscious) falls to the ground. Provided that at the end of the battle there is at least one person standing in our team, the whole operation is a success. After the fight, the HP pool is replenished using the endurance reserve, and it is only when this second coefficient wears out that severe or even fatal injuries occur. I admit that these mechanics are convenient and allow for smooth gameplay. We don't have to load a previous save only because some bandit managed to pull two critical hits in a row and thanks to pure luck beat our warrior to a pulp. Management of teams endurance boils down to choosing when to make camp... and this is where a certain difficulty appears. On each of our travels we take strictly limited supplies; if we use them carelessly, sooner or later we will be forced to march to the city to replenish them. Pillars of Eternity "rewards" us with negative consequences if we choose to rest underground. Taking a nap in taverns translates to big bonuses to our parameters. Thats a pretty good idea! 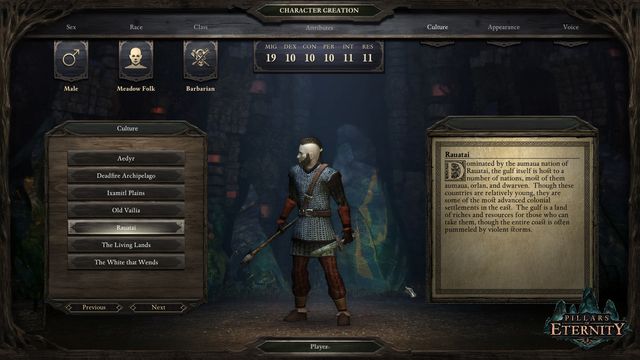 These mechanics do not mean, however, that the game is easy. Even when playing on normal difficulty level, we will sometimes have to go back to the city with our tails between our legs or avoid confrontations with more powerful opponents, at least until we strengthen our team. On the higher level, things get more exciting  we encounter stronger creatures sooner, and even the composition of monsters underground and in the wilderness changes. I strongly recommend that the veterans of the genre switch to this level of difficulty right away.

Its a good idea to enchant items; with the right ingredients and level of experience, we can create effects that well find useful, such as increased armor resistance to poison, if we find the encountered spiders a nuisance. Of course, enchanting serves as a complementary function. In the world of the game we will find powerful artifacts whose parameters are way better then the statistics of home-made stuff; whats more, each object can only be improved several times. 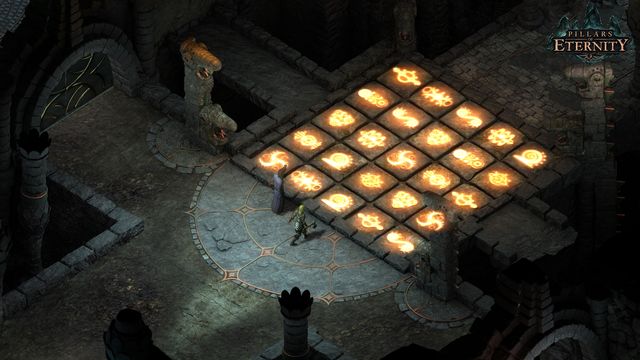 Apart from the enchanting option, the creators have also implemented a simple crafting mechanism. We can use it to cook up food that increases statistics for a specified time, brew magical drinks and draw up scrolls with spells. I admit that I only tried it out several times - the importance of crafting doesnt increase until reaching higher levels of difficulty. With the number of available recipes being very limited, were not really allowed to let our imagination run wild or create unique items. It was with equally mixed feelings that I took on the management of my own stronghold. Erecting new building and hiring mercenaries is fun at first, but unfortunately does not offer as many opportunities as you might expect. Additional random events can be distracting, and ridding the game of this element would not lessen the experience. Characters found in our headquarters are hardly worthy conversationalists  their role is purely utilitarian, as they make it possible to buy supplies and sell unnecessary junk in one place. The greatest asset of the stronghold is its vast underground, which stretches across 15 levels and is full of puzzles and some of the most challenging fights in the game. Each floor has been meticulously designed, and the secrets and loot found there successfully encourage us to delve deeper. As it happens, this is the largest side quest... and with some alterations it could easily become a stand-alone game. The underworld of Caed Nua makes for a dungeon crawler is in its purest form and is a great escape from the complex main story arc.

Previous
1 2 3 4
Next
Expectations vs. Reality