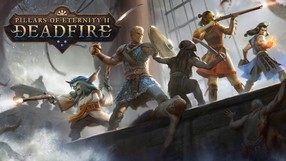 A sequel to the successful RPG developed by Obsidian Entertainment. The story told in Pillars of Eternity II: Deadfire follows the threads started in the first installment of the series. Eothas, the god of renewal and light, comes back to life and takes the form of a statue buried under the protagonists keep. Although the stronghold gets destroyed, the main hero survives. From now on, he or she has to pursue a new goal, which is to hunt down Eothas as well as find answers to questions that can bring chaos to the world of gods and mortals. Pillars of Eternity II: Deadfire takes the player to the eponymous Deadfire archipelago in the far east. In this new region you can travel not only on foot, but also by ship. While controlling your party of characters, in the classic isometric view, you get to explore different locations, complete missions of varying importance and fight with opponents met on the way. Note that the world of Pillars of Eternity II: Deadfire lives a life of its own, and the choices you made in the first game have consequences here too. Some changes and improvements were made to the User Interface and dialogue system as well as the visuals, which now feature dynamic weather. 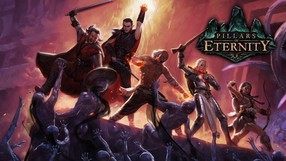 Pillars of Eternity is a fantasy cRPG developed by Obsidian Entertainment with the support of the users of Kickstarter funding platform. The player assumes the role of a hero who, with the help of his or her companions must embark on a dangerous quest complete a series of perilous tasks. The gameplay of Pillars of Eternity is reminiscent of classic productions such as Baldur's Gate, Icewind Dale, and Planescape: Torment. The creators decided to utilize combat mechanics with an active pause system. The game features also a complex character development system, and a rich variety of weapons and gear for the characters can use.