I must confess I used to have a difficult relationship with the Age of Wonders series. During the heyday of turn-based strategies, my hard drive was the exclusive domain of the legendary Heroes series, with the subsequent installments of the Disciples taking up the remaining megabytes. I never had the opportunity to test any of Triumph Studios' productions, though I understood they also should have been recognized as classics. So when I got the offer of writing a review of the latest installment of the cycle, I thought it was high time I got acquainted with the heroes of the Age of Wonders.

This means, of course, that although turn-based strategy is one of my favorite genres, I was a total newbie in case of this particular series. Which gave me a sort of carte blanche in approaching the new Age of Wonders, having no presuppositions derived from any previous experience. This perhaps made it easier for me to accept the peculiar atmosphere of this production, and evaluate its advantages more objectively. And there's plenty of these – Planetfall is one of the best realized games of its genre, one that's incredibly compelling, right from the first mission... 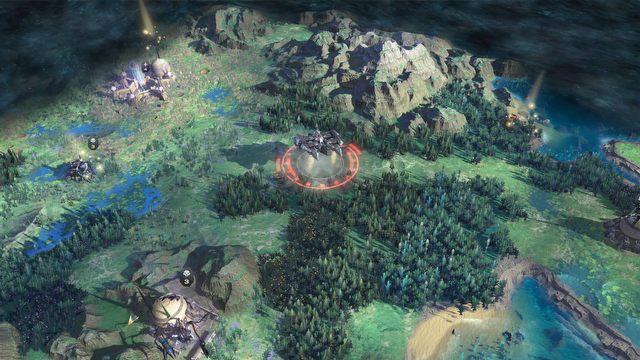 The new Age of Wonders is 100% science fiction.

Twilight of the Star Union

Before the release, the biggest doubts among the fans were raised by the setting. At first glance, Age of Wonders brings to mind fantastic lands full of magic, inhabited by mythical creatures. In Planetfall, we get a hard sci-fi universe, to a degree inspired by retro-futurism. In addition, the developers approached the subject with a tongue-in-cheek attitude. The action takes place in a very distant future, in which humanity has created a galactic empire called the Star Union.

Although powerful, the union eventually disintegrates as a result of an incomprehensible cataclysm that turned most planets into post-apo worlds. Over time, from the ashes of this, once galactic, civilization, new forces began to emerge, oriented to realizing their own goals.

You should already see that the devs gave us quite a mixture of ideas, which could be especially baffling if you just expected the generic lot of elves and dwarves. Taking the risks ultimately paid off, though – everything if the game ended up as forcibly hyper-quantum and inter-dimensional; it’s exaggerated, vivid, and colorful like Coachella. “Gentlemen with cigars in their mouths and huge rifles shooting lasers at Space Amazons riding genetically modified dinosaurs” kind of exaggerated.

Overall, the game is designed with consistency and awareness, and at the same time looks really good. Although this type of setting isn't anything extremely original, this solid and, after all somewhat outlandish, setting really resonated with me. The curiosity of what other crazy technologies and units I could discover was one of the factors that fueled my desire to explore. Here, nothing stands in the way of realizing your most warped fantasies, such as downloading the minds of all citizens on a computer drive, or turning them into industrial robots, thereby increasing the productivity of factories. 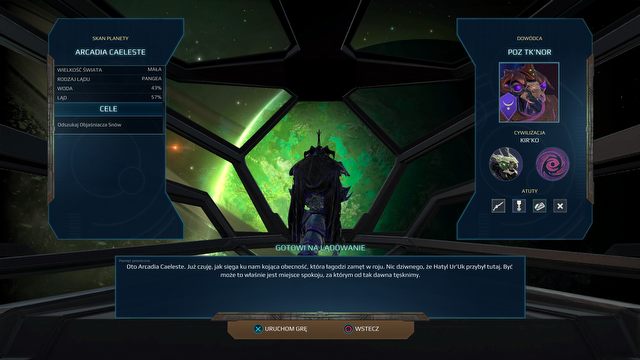 The story is as amusing as it can be serious.

The satirical approach is mostly visible in minor details. For example, discovering new technologies always prompts a window with an appropriate graphic and a quote, which is an obvious reference to Civilization. However, these quotations from fictional characters of the future are always kind of silly. Same as the descriptions of projects and units. During the game, I have many times encountered troops consisting of sexrobots from the previous era. They came in variants for both sexes and have the features of the "ideal man" and "ideal woman" – but presented in a skewed way.

Although the game is full of this kind of sense of humor, it doesn't mean the plot turns out shallow or infantile. The authors provide an alluring world, which, appealing to our nostalgia, is filled with funny references, but also doesn't shy away from more serious themes.