Age of Wonders: Planetfall is a spin-off of a popular turn-based strategy game series developed by Triumph Studios. It is also the first game in the franchise to debut not only on PCs but also consoles.

Unlike previous titles of the studio, Age of Wonders: Planetfall doesnt take us to a fantasy land, instead featuring a science-fiction setting. We control a galactic empire to end its stagnation and lead it to a better future. We also learn of other factions that develop in their own ways, but also the story of the world, especially of the lost civilization of Star Union.

While its setting is different, Age of Wonders: Planetfall offers similar gameplay to its predecessors. We spend most of the time on a world map, developing major cities, founding specialized colonies, discovering new technologies to increase our battle potential, establish good or bad relationships with (more often than not) conflicting factions and introducing new doctrines.

Turn-based battles play a huge role in the game, taking our units to a separate board. It must be noted that developers gave us more tactical options by adding a destructible environment and a vast variety of options to modify equipment of our soldiers give us. As usual, victory can be achieved either through conquest and diplomacy or by a total annihilation.

Aside from a huge story campaign and random maps, Age of Wonders: Planetfall has an online multiplayer mode.

Three-dimensional visuals of Age of Wonders: Planetfall are of a high quality, especially very detailed models that can be viewed up close during battles.

The Age of Wonders Planetfall Guide is a comprehensive guide to the game. It describes the available fractions, diplomacy, resources and teaches you how to start and then how to expand your colony. Check also the FAQ section. 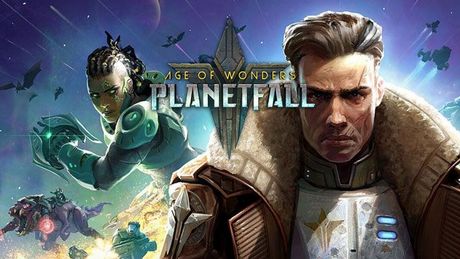 The creators of the cult series have moved into the distant future, used their best practices and created a game that we'll be playing for years to come. Age of Wonders: Planetfall is a successful strategy that more than makes up for its shortcomings.