Strategy games represent probably one of the most diversified video game genres, as they include Real-Time Strategies, such as StarCraft 2, both giant 4X and Grand Strategy productions which are bound to overwhelm players with their level of detail as well as their simplified versions (e.g. games in the Total War series) and tycoons that basically are a totally different cup of tea.

One can easily get lost in all those subgenres and different formulae, especially that some strategy games do not require a large budget thus players receive a lot of strategy games each ear, both big and small. To make it all easier, we have prepared a list of our personal 12 best strategy games of 2019.

DID WE MISS ANYTHING?

Have you played a good strategy game from 2019 that you could not find below? Share your experiences in the comment section and tell us why is it worth playing. 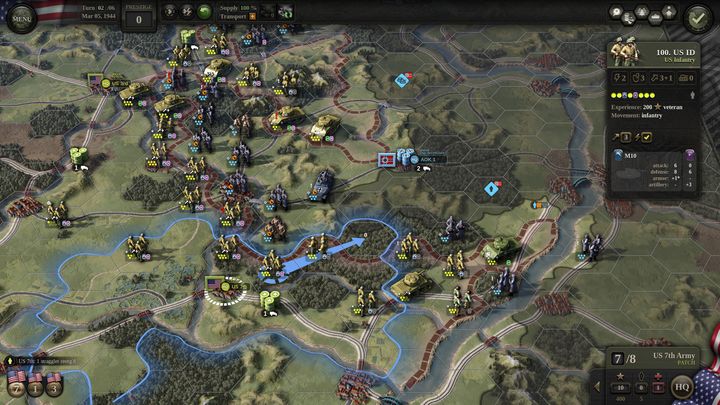 Unity of Command II is a continuation of the turn-based strategy set in WWII and released in 2011. This time around, players get to fight on the Western Front. They take command over allied forces and participate in historical battles as well as alternative versions of actual events that were developed by the game creators. In terms of gameplay mechanics, Unity of Command II is a regular turn-based strategy, however, it stands out from similar productions thanks to its system modeling the influence of supplies and logistics on the combat abilities of your army. The game takes place on a map players see from the top-down perspective.

Apart from planning different war strategies, players have to develop their HQs to get access to new skills  this is a new idea introduced by this particular installment. Also interesting is the increase of influence intelligence has  players can capture enemy soldiers and interrogate them to learn about the opponents positions.

Unity of Command II is a good, however not groundbreaking, strategy game set during WWII, and its bound to provide players with tens of hours of playtime.