Tell Me Why Game review 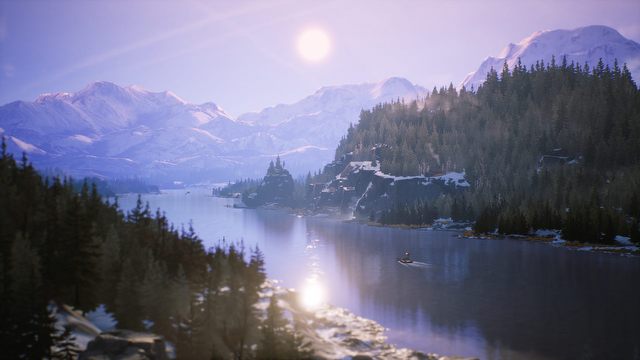 "Tell me why, ain't nothing but a heartache" the Backstreet Boys used to sing. And so did I, sitting down to Tell me Why – with a wide grin. I admit – this was the first thing that unwittingly popped into my mind when discovered the game. Oddly enough, it quickly turned out to be extremely accurate. Tell Me Why is not a game that makes you feel better about yourself. It's almost certain to give you a hangover – albeit one that, in the end, will do us a lot of good. After finishing the new game from DONTNOD, I would always spend a few moments before sleep thinking about what had just happened to me. And that's reason enough for this game to deserve your attention. One of many, actually.

Tell Me Why takes us to the fictional town of Delos Crossing in the freezing state of Alaska, where we meet twins, reunited after years of separation. Tyler and Alyson – as they're called – bound by a gloomy past, are now trying to revaluate their relationship and understand why it's gone so sour. Without spoiling the details: the plot revolves around the murder of their mother, which forever changes their relationship.

The vast landscapes of Alaska are diverse, beautiful and recreated a way that brings frosty shivers. The atmosphere is absolutely amazing, not merely because of the frost and the sublime color palette, but also because of the place of the action itself. Delos Crossing, though fictional, is home to the Tlingit, a tribe that actually dwells in Alaska. The player can learn more about their culture through ubiquitous pieces of trivia. The small town offers the ideal setting for the story conceived by DONTNOD. The player can explore a closed, small community, where everyone knows each other – this fuels the story, lends it credibility, and helps to really immerse in the adventures of the Ronan siblings.

The game we didn't ask for 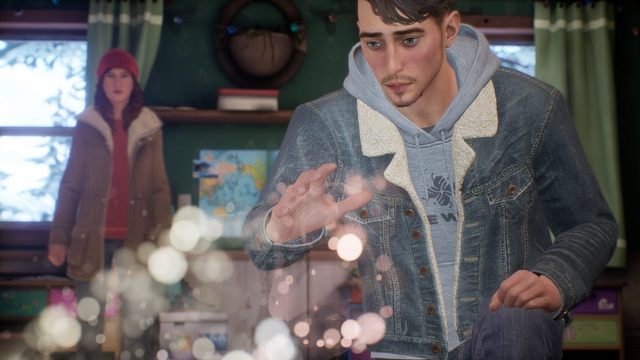 Tell Me Why is an important game for a number of reasons, the most important being that it's the first video game to tell the story of a transgender person. Until now, the trans people have only appeared as side characters, oftentimes providing a comedic element. I this game, we get the complete opposite: a credible, beautifully crafted character that can help us reconsider many things. This is a great game not just for the LGBT community itself, but indeed for everyone who would like to better understand them. 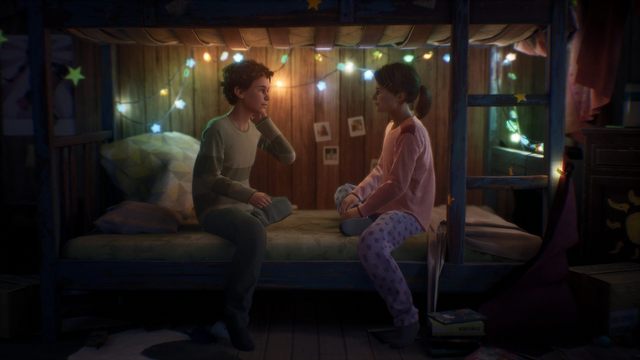 At the beginning of the game, we meet Tyler as a male – after hormone therapy, but before the gender correction surgery. In the retrospect sequences, we can see him in the past, unable to reconcile with the body he'd received. The scene in which his sister cuts his hair is one of the most powerful moments I've experienced in games. The game treats the subject in a very subtle, natural way, without moralizing, presenting it as just another, deeply human thing. The creators deserve huge praise for creating the game in cooperation with transgender people and the GLAAD organization, thus obtaining the proper background and understanding. In addition, August Black, the actor who plays Tyler, is himself a transgender person, which only added another layer of realism. I honestly had some serious doubts as to whether the creators would be careful enough in approaching this delicate subject.

In all this, however, the character of Alyson, his sister, technically one of the protagonists, also playable, seemed a little neglected. I found the sequences with Tyler more enjoyable. It wasn't until the end of the game, after she got a little more attention, that I finally became convinced about her. 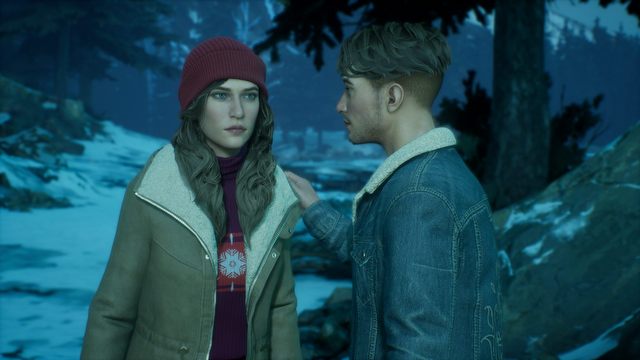 As befits a DONTNOD game, our heroes have a power – in Life Is Strange it was time-shifting, in Life Is Strange 2 it was telekinesis, and here it's the Bond, allowing the twins to hear their thoughts and recreate memories. The power isn't as satisfying and playable as in the previous, critically acclaimed series, but it serves the purposes of the story well. The player quickly learns that the death of the siblings' mother was not as simple as it seems, and the whole affair is tainted by mystery and insinuation that will be uncovered and verified as the story progresses. Interestingly, Tyler and Alyson sometimes remember a certain situation completely differently, and the player must decide which version they want to "believe." 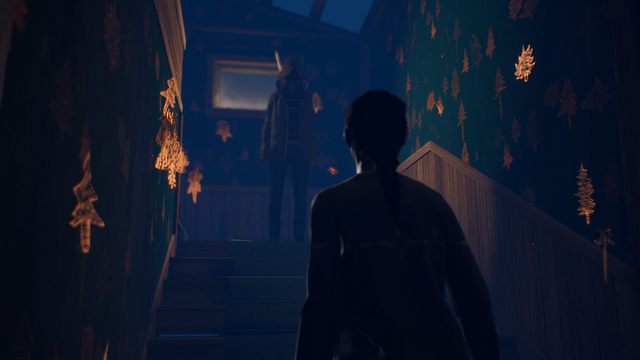 Building a bond between siblings who haven't seen each other for years but still remember the days of their childhood feels amazing. DONTNOD has always delivered credible relationships in their games, but this time, they've topped it all. The impression is surely reinforced by natural voice acting, which is one of the greatest feats in the game. Dialogues are emotional but not overdone, invariably compelling.

The game also explores another bond – between the twins and their deceased mother. Childhood memories intertwine with reality, childhood dreams mingle with real events, and a book full of fairy tales turns out to have far more meaning than anyone might have thought. I'm not going to spoiler anything here, because discovering these details is the mainstay of the game; all I can tell you is that it's a perfect game for dreamers, as well as a beautiful portrait of a sensitive, lost soul. When the end comes and we're finally able to understand it all, sadness mixes with hopes for a better future.

Problems of the modern world 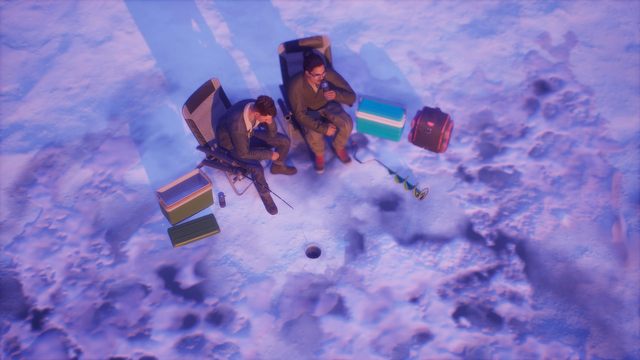 In Tell Me Why, we can see the reaction of the residents of the town to which Tyler returns as a man. The player is thus witness to the types of behaviors and prejudice that transgender people face on the daily in real life. On the other hand, the story gives us a glimmer of hope, depicting a truly beautiful, selfless love. This studio has already got us used to bittersweet endings and moments that spur deep rumination. Life is Strange tackled suicide and harassment; the second part of the series talked about the mistreatment of immigrants, sects and conversion therapy.

It's no different in Tell Me Why, where the creators again allow us to look at the problems the society generates from the outside. The game not only portrays problems of transgender people, such as the adverse reaction of their environment, or the high price of gender correction, but also deals with stuff that we're all affected by: depression, anxiety, difficulties with access to professional medical and psychological care. One character openly complains that she simply can't afford a visit to a psychologist. The game allows us to realize that if only people had a little more empathy for each other, the world would be a very different place. 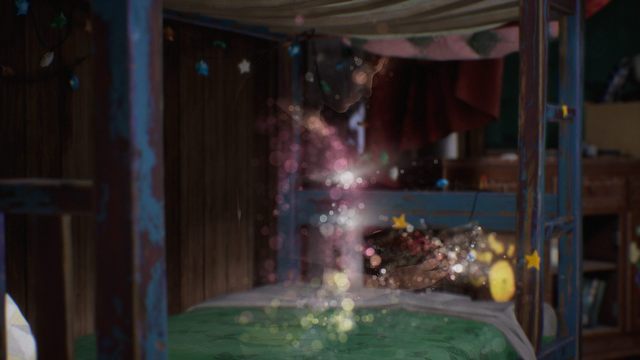 This is a fantastic game, even though there's not much gameplay in conventional terms. Tell Me Why belongs to a genre that has been a little maliciously dubbed "walking simulators;" cutscenes are long and exploration is hardly varied. For people mostly looking for high-paced action, this game may seem boring. In particular, the second episode has some rather dull moments, which is unfortunate given how much happens in the third one – the pacing can be uneven. But once we get through that moment, the game doesn't slow down for a moment. The chilling scenes at the start of the third episode were a pleasant surprise that made me crave for more of these unsettling sequences. DONTNOD – make sure your next game is a horror!! 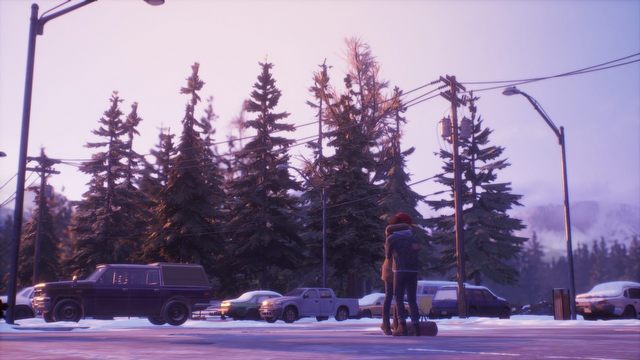 The minigames provide some welcome diversity, and they can be somewhat inventive, ranging from fishing to breathing during a panic attack. It is a breath of fresh air and hopefully a signal for other developers to create more mature and engaged games and stories – about all the problems of the modern world.

Finally, and for the sake of professionalism, let's mention the graphics. The locations are beautiful, but the characters could be a lot better. The creators moved away from the somewhat cartoonish style of their previous games in favor of a more realistic representation of people, which I think was a bad decision. What we could shrug off In Life is Strange becomes almost unbearable here. Hair look particularly bad, often having no physics at all. The faces of the characters don't always express correct emotions, but that's easier to swallow thanks to sensational voice acting. The movement animations of the characters during cut-scenes seemed really crude, but that stopped bothering me around the end of the first episode.

Technical shortcomings fortunately didn't spoil my experience, and since I know the DONTNOD gameplay formula quite well, I didn't mind the shortage of action sequences at all. This game should be treated more like an interactive movie, and then it will yield great fun in discovering the history of the Ronan siblings. And I couldn't recommend it more – Tell Me Why is a game that you have to play if you're interested in video games as a medium, rather than just entertainment. Who knows, maybe you'll get a hangover too.

Life is Strange is my all-time favorite game, which naturally makes me very interested in games from DONTNOD. I spent about twelve hours with Tell Me Why, going through the main storyline and exploring everything else. I shall complete the game again to see all the alternative endings (I've seen two so far).

According to our users, Tell Me Why for PC was a disappointment - the expectations before the release were higher than the current average user score.