One of the most frustrating things I remember about watching slasher flicks was yelling at the screen whenever a character made a dumb decision that often led to their death. Yes, these moments were frustrating because I had no control over their actions, but it also made films like Halloween or Friday the 13th more thrilling because I was often taking mental notes of what could go wrong or where a certain character may meet their death.

Playing a slasher game like The Quarry brings me back to those moments but at least now I have control over the fate of these character as the game essentially feels like an interactive movie. Similar to Supermassive’s Until Dawn, The Quarry lets you be both the audience and director who shapes the fate of its teenage cast through quick-time events (QTEs) and consequential choices. It’s a formula that works well, features an intriguing story to dive into, and keeps you hooked until the credits roll.

The Quarry takes place at Hackett’s Quarry Summer Camp when all campers have gone home. Nine camp counselors are the last ones to leave but run into car issues that leave them stranded. Forced to spend the night by themselves, they soon realize danger looms over them in the surrounding forest. Each chapter lets you control different characters and play small portions of their story. The cast features different personalities from the stereotypical jock to the introverted artist, but you get the chance to learn more about them and see how the story develops from their viewpoint. Of course, you can also let them die, but that’s another story. 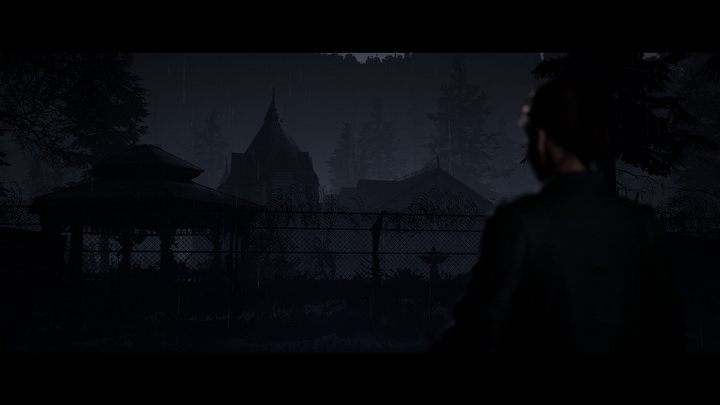 Gameplay is the same regardless of who you play as, but because you are playing the game from different perspectives, your style of response will differ, and how you interact with others will change their perception of you as well. Jacob, for example, starts off as the arrogant jock whereas Kaitlyn is the voice of reason. You can make whatever choices you want to stay in character, or you can play out a character how you envision them instead. Now, you won’t exactly change someone’s entire personality, but your choices can come into play later on and can further help determine how a scene can develop or can lead to an alternate conversation.

Because the game feels a lot like an interactive movie, its acting really helps make you feel like you are part of a show. The interactions everyone has with each other and even how each character exhibits various emotions truly help the game feel believable. Lines are delivered with emotion, characters will sometimes speak over each other, and there is a lot of playful banter in the beginning that gives life to each of the game’s varied personalities.

Visually, The Quarry looks great with realistic facial animations and scenes that evoke feelings of horror and mystery. As good as it looks, sometimes characters can appear stiff when moving and the skin on their face has a tendency of moving way too much when speaking. Water animation also looks weird so splashes look more like metallic streamers flying in the air. 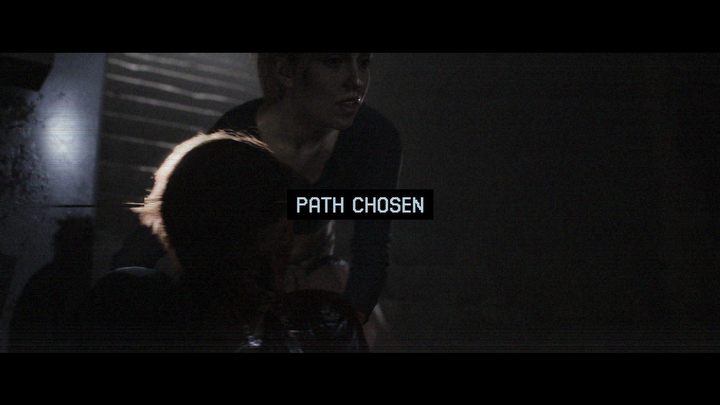 The first few chapters set the stage and get you acclimated to its controls and gameplay so don’t expect much action until a few hours in. What’s more, your choices even in the first few minutes in the game can come back later to either haunt you or help you when you least expect it. Think a Telltale game without the prompts every time you make an impactful decision. And because any decision can lead to a different path in the story, there are dozens of ways a scene can play out which later impacts future actions.

One of the most common forms of making a choice is when you are faced with a decision. These moments simply have you choosing between A or B and give you plenty of time to make up your mind. Like most games heavy on choice and consequence, you won’t know what happens if you choose one or the other but if you really think about your situation, most of the time you will make the better choice which will lead to a better outcome. Not every bad choice will lead to your death, but it can complicate things for you later on due to the multiple outcomes the game offers.

More thrilling than scary yet featuring lots of potentially bloody teenagers running away from an unknown creature, The Quarry checks the list for what you want from a good slasher flick. After about 9 hours, the game proves to be a culmination of your choices and quick button inputs while still featuring a script that knows where it’s headed.

Similarly, QTEs will come up frequently. Some won’t make too much of an impact on your situation, but others can mean life or death for your character. Surprisingly, the timing it takes to successful perform a QTE is quite generous so you won’t be caught off guard. If anything, these QTEs let you choose how you want the scene to play out—but a good rule of thumb is to not mess them up. Another feature comes in the form of interruptions that require you to press a button during a scene. These also give you plenty of time to decide if you want to interrupt another character but their consequences are just as important and can lead to various outcomes down the road. 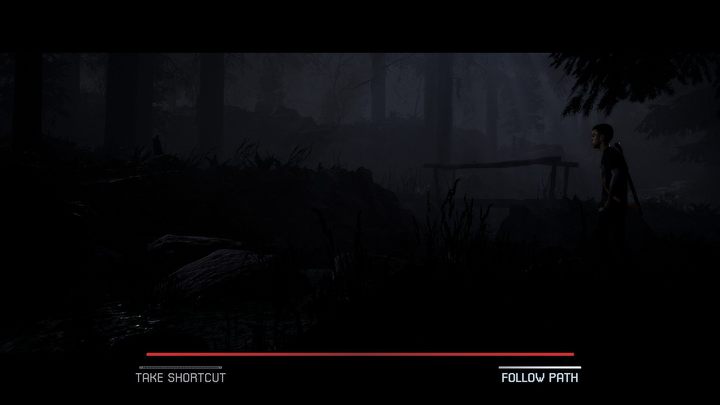 Lastly, there are exploratory sections sandwiched between cutscenes that give you control over your character to search the areas you are currently in. Sometimes you will find optional clues that piece together more of the story, but the majority of these sections serve for you to find the next choice item you need to interact with to move forward. While calming, these sections don’t contain any scares so much as they offer you a break from the more stressful cutscenes that require your full attention—which is usually the opposite in most games.

Despite its themes, The Quarry isn’t a scary game, but what makes it intriguing is the situations the characters get into and how you then have to figure out the best way out. The Quarry is inspired by classic slashers so expect certain characters to make dumb choices every now and then. For example, I still don’t understand why characters don’t close the doors behind them when they are being chased by a mysterious monster. Also, why would one of your counselors—who is supposed to be one of the smarter ones—spend her time on the bad guy’s computer looking through his emails instead of, I don’t know, sending out an email for help? Because the game is heavily scripted, you may also yell at the screen like I used to. 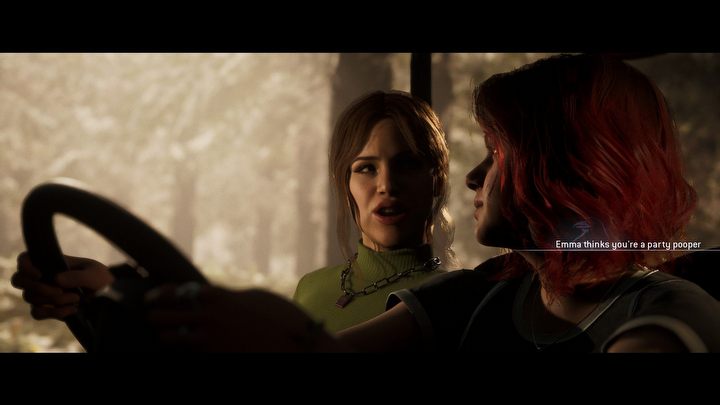 Its pacing is okay but definitely not perfect as the first few chapters start off slow and finally end with a climactic culmination. Its initial exposition lets you get to know each character a little bit better, but the action truly doesn’t kick in until near the end of the game. Again, you can play the game how you want and save everyone, save your favorites, or simply let everyone get killed to see what happens. With so many choices and outcomes, the game is made to be replayed multiple times even if it’s just to see the all the ways a scene could turn out.

After you beat the game once, you can actually play it again and have the option to Death Rewind up to three deaths for that very purpose. Or, if you would rather simply sit back and watch the game play out without needing to actually “play” it, a movie mode lets you be the director and choose if you want to watch the version of The Quarry where everyone dies, everyone lives, or where characters have personalities and attitudes you set for them. It’s an interesting way of playing the game and seems very meta for a game inspired by horror films to become a film itself. 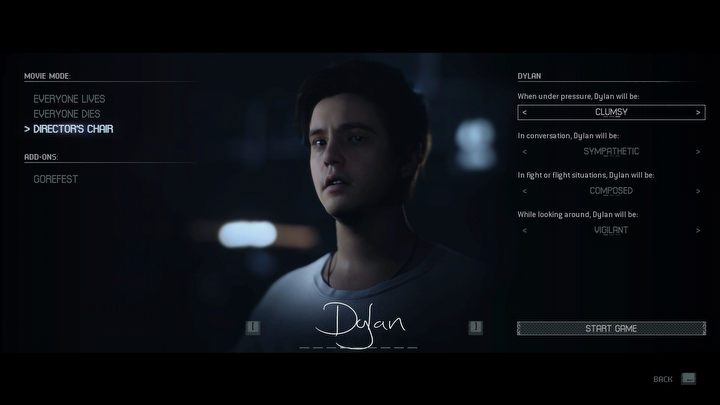 Besides a couch co-op mode which doesn’t really add much and an online mode that will be releasing in July, The Quarry is a short and sweet survival horror that is meant to be played more than once. It features at lovable cast you are sure to get invested in and a mystery that slowly but surely unfolds as you play—questionable decisions included.

More thrilling than scary yet featuring lots of potentially bloody teenagers running away from an unknown creature, The Quarry checks the list for what you want from a good slasher flick. After about nine hours, the game proves to be a culmination of your choices and quick button inputs while still featuring a script that knows where it’s headed. 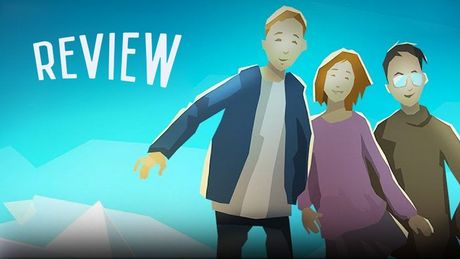 According to our users, The Quarry for PC was a disappointment - the expectations before the release were higher than the current average user score.