Have you ever bought a console for a single game? I recently did. I purchased the Nintendo Switch to play Astral Chain – the new Switch game from PlatinumGames. The promise of an extraordinary, slasher combat system from the masters of the genre; beautiful visuals stylized for animé, the music, which has clearly been inspired by Nier: Automata, and the fact that many of the developers of this game also gave us the brilliant interactive story about androids of the YoRH unit, were enough reasons to have me sold on it. Of course, this isn't the only production I'll be playing on this console. But that was the game that ultimately convinced me to get a Switch.

And, so far, this has been the greatest gaming disappointment of the year. Astral Chain is phenomenal in many respects, but there's probably one major drawback for every advantage. And the most annoying thing about the game was the fact that the entire narrative has been battered by the decision to have a silent protagonist. 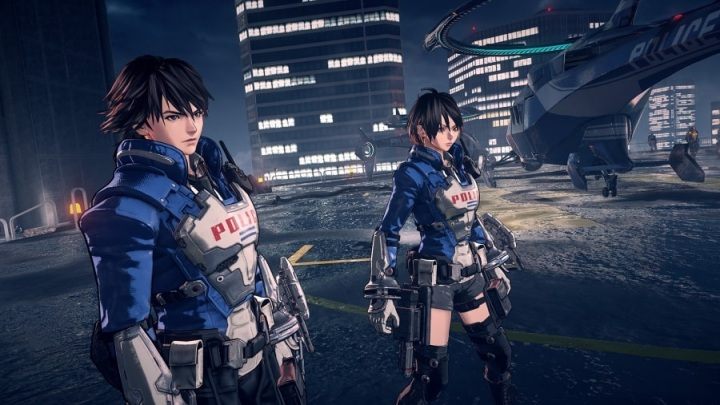 In Astral Chain, we choose from two main characters. Paradoxically, it's the character that we don't choose (regardless of which one it is) that's the more interesting figure.

This simple trick ruins the entire story of your game!

To be honest, I can't bear protagonists who don't speak at all, and I think this solution should have been embraced by the oblivion long ago, and any traces of it launched into space – just in case. I can accept a solution like that only in RPGs where we create our own characters – selecting the gender and the timbre of the voice. This by definition creates so many combinations that would require recording their own dialog lines, that it's obviously inviable, especially in RPGs that feature tons of conversations.

Astral Chain, however, is neither huge RPG, nor does it allow you to create your own character. What's more, the protagonists, even though they don't speak, have... their own voice actors. How come? Well, the plot tells of a peculiar siblings – at the very beginning, the game lets us choose who we want to play: the brother or the sister. And regardless what choice we make, the sibling enacted by the player will be mute. 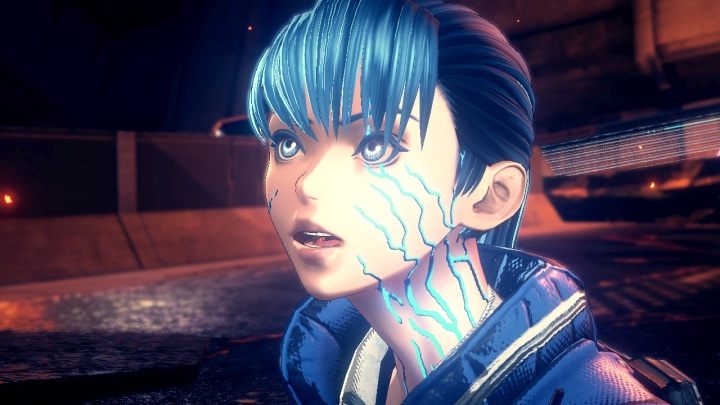 My astral lady makes surprised faces, sometimes moans when she gets hit, or gives someone a menacing look, but that's pretty much all interaction she's capable of.

And as a result, I was completely unable to immerse in Astral Chain. Even when a really spectacular scene roused my interest, the whole magic dissipated once the action focused on the doll controlled by me. It's hardly a character, I tell you – merely an empty shell, void of any personality you could emphasize with! And still, the story constantly grants him or her the central spot, convincing us, with voices of NPCs, that they're great, fun, and special. And that's why meeting my talkative brother is so baffling and annoying: the lines of dialogs have been recorded anyway, the studio clearly had the budget. It was just a matter of making a decision. Why was it made? Let's take a look back at the history to find out.

A relic of the past

Mute protagonists go almost as far back as video games themselves. The first forms of electronic entertainment were obviously devoid complex stories – they were merely that: simple, electronic entertainment. And even if someone wanted to do something different, it simply was impossible technically; still, the games back then didn't even have written dialogs. Forty years ago, no one expected eloquence from Pac-Man, Mario or Link.

As the games became increasingly complex, stories and characters begun to become ever more important. The first games in which the storyline had greater importance than just justifying the gameplay started coming out in the 80s. This resulted in a growing number of iconic protagonists. Those with more sense of humor, charisma, and personality were obviously more appealing to audiences. Mario games are some of the most important video games in history, yet the mustachioed plumber isn't the all-time favorite character. Guybrush Threepwood, on the other hand, was an idol of many teenagers decades ago. 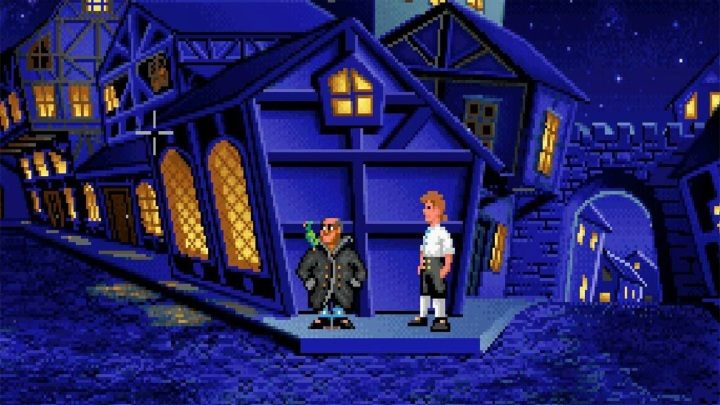 This pile of pixels on the right had more charisma than all mute protagonists combined.

In the nineties, when gaming entered the third dimension, narrative games got an entirely new quality – they've become cinematic. The new-school, pioneered by Hideo Kojima and his Metal Gear Solid, among others, changed the rules of the game – it was no longer enough to have an interesting story; now, it also had to be presented in a movie-like fashion.

Of course, some games defied this trend and either stuck to the old, proven formula, or revolutionized other aspects, paying little attention to cinematics. Take the shooters, for example – the plot was rudimentary, merely a pretext for mowing down enemies, but such details as personality and the voice of the protagonist were considered irrelevant. Doomguy and Blazkowicz were supposed to butcher hordes of enemies, not deliver inspiring speeches. At least for the time being. 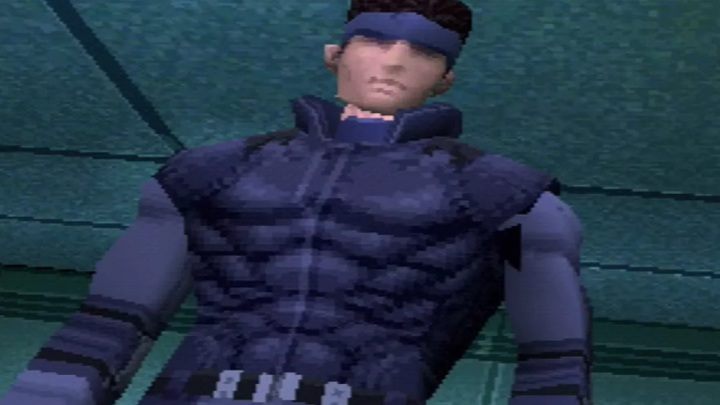 And though this piece is a critique of silent protagonists, I don't mean to cast aspersions on the first Doom or Wolfenstein games – that was just different. If a game makes it clear from the very beginning that it doesn't care about the story, nobody expects the protagonist to be particularly loquacious. That would be like expecting a profound story in a car game. And so we're getting to a point in history that I wish never happened: at the beginning of the 21st century, a new fad started reigning the industry, allowing the risky assumption that you can actually have a silent hero and an engaging story. This fad was called "immersion."