Grand Theft Auto: Vice City is another installment of the very popular series of games that tell the story of the criminal underworld. The game expands the ideas introduced in the previous entry in the serious  Grand Theft Auto 3. The game takes place in the eighties in a new metropolis called Vice City. Tommy Vercetti, the main protagonist of the game, is sent there by Sonny Forelli to take care of the local gangs, Cuban gangsters and corrupted cops.

The game, similarly to its predecessors, consists of series of missions that combined together create one consistent and non-linear story. The player is tasked with car theft, robberies, murders, delivering valuable packages, planting bombs etc.  actions typical of a criminal. Vice City is a giant and varied metropolis (so-called gate to Southern America and the Caribbean). Here one can find sunny beaches, recreation facilities, crowded city center with skyscrapers, and slums. Various people can be also encountered on the cities of VC, from common Johns to famous politicians.

The player can move through the city in various ways. Few dozen of vehicles can fall into the hands of the player, including some from GTA3 and some completely new  for example Chevrolet Corvette . Whats new is the possibility to use bikes, sport motorboats and helicopters. The player can also select from 30 different weapons, starting with a baseball bat and on sniper rifle and Uzi ending. The game features legendary soundtrack, played by radio stations that broadcast various music genres: rock, pop, techno, jazz and soul. 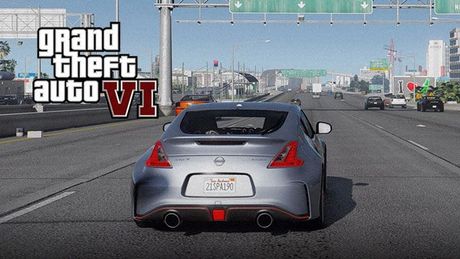 Vice Cry, a mod prepared for GTA V, will enable us to revisit our favorite locations in Vice City. In addition to the new map, the modification also offers several additional missions. Admittedly, the fruit of four years of modder work looks really impressive.

There is a video on the web comparing the graphics in the original GTA: Vice City with the GTA V mod titled Vice Cry. As you can easily guess, the refreshed version looks much better.

The team at RevTeam shared new screenshots from their fan-made remaster of GTA: Vice City. The project is powered by the engine used in GTA IV, and we can expect a demo version later this year.

Last weekend's a demo version of fan mod Vice City 2 for Grand Theft Auto IV was released. Thanks to it we can again move to the Miami-inspired American metropolis, take part in several missions, look for hidden packages, etc.

Developers have dismantled GTA III and Vice City, creating revised versions of both titles and porting them to Switch, PS Vita and WiiU. However, this is just the beginning.