I tried drifting in the snow once in my life and it ended up with an impressive, absolutely unforeseen and uncontrolled, 270-degree twist, and crashing into a hedge (the whole thing happened at a staggering speed of a few miles per hour, so the hedge remained relatively impervious to my stunt). When it comes to repairing cars, in turn, my main skill here is dialing my car mechanic. And as far as huge trucks are concerned, I now just as much, except I've never driven one.

So, when it comes to background knowledge, I'm probably the last person that could appreciate SnowRunner – a realistic, hardcore off-road simulator of driving cargo trucks in extreme conditions. So I'm not writing a review. Perhaps my absolute cluelessness here could make for a good opinion essay? Sure thing. That sounds like a recipe for a funny disaster. What could go wrong? 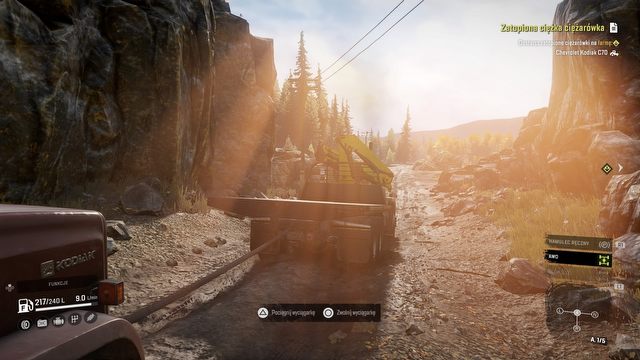 For a relativel small game, SnowRunner can look fabulous.

Well, I'll tell you exactly what could go wrong. It could turn out that the entire affair will be completely uneconomical for me, because every penny I'll earn writing this piece I'll spend on previous entries in the series, and a season pass for this one. I could also come across as a hypocrite, who recently waxed about stenciled, repetitive activities in games, artificial fillers that serve only to stretch the experience in time, just to end up packing dozens of hours into a game that only requires you to drive from point A to B.

It could also turn out that SnowRunner has more in common with my beloved Death Stranding than any game out there. And on top of all that, by chance alone, perhaps, it could turn out that my favorite aspect of Kojima's DS was realized even better. Without the most debatable elements of the recent, AAA smash hit. It could all turn out this way. And, oddly enough, it did. 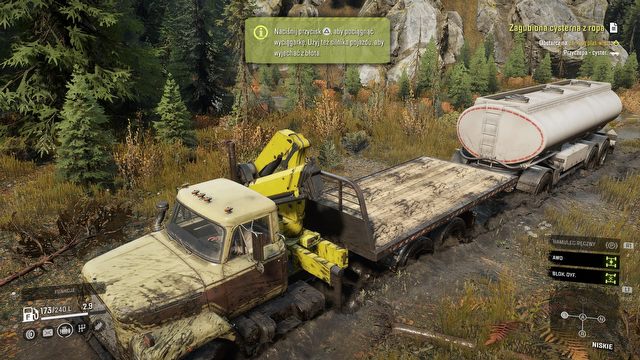 No matter how slow, as long as you're moving!

Hideo Kojima's magnum opus was focused on two elements. The first was the storyline of Death Stranding. It was perfectly directed, and brilliantly performed by Hollywood-grade cast; it was full of the creator's hallmark (also polarizing) quirks and idiosyncrasies; it was engaging as hell. As we have learned over the past few months, the game also predicted the world of isolation and distancing with eerie accuracy. The other was the extraordinary community system, perfectly tied to the scenario – by giving up isolation and joining forces with other players, we could tame the wilderness again, making the game easier for everyone.

Both concepts were truly unique and well-executed, that's not why I fell in love with Death Stranding, and why I keep playing the game. There was a revolution hidden behind these easy-to-advertise ideas. One that can't be sold as creating the new genre of "strand games." At the same time making it all truly fresh. 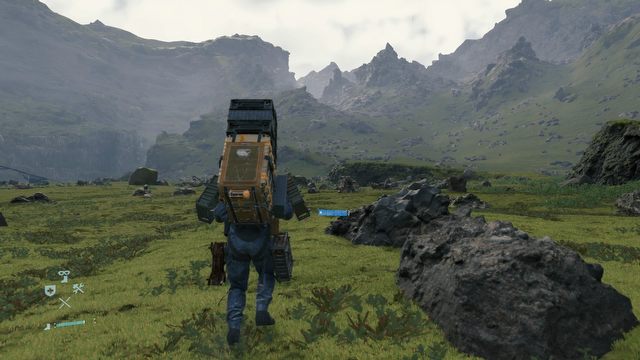 Death Stranding redefined the mechanics and intricacy of walking.

Hideo Kojima's team worked really hard on the completely ordinary activity of... walking. They've taken it apart and reassembled, devoting more attention to it than all video games released before combined. Walking was always as simple as moving the knob in any direction – games understood the command and executed it without any ado. Here, however, you have to carefully choose your paths, avoid stones and other obstacles that you could trip over. Coming down the hill, the force of inertia can push you down in a violent tumble if you're not careful. Taking on cargo, you have to make sure the weight is evenly distributed – otherwise, the character will have trouble maintaining equilibrium.

I know that on paper, it doesn't sound a tad impressive – as I wrote, it's not exactly a sexy mechanic that you'd advertise your game with. But in terms of gameplay, it was a real game changer. Simple fetch quests turned into logistical challenges, requiring careful plotting of the route, which you have to follow closely, and overcome any challenges that may materialize along the way, including those that are completely effortless in other games – crossing a shallow stream, climbing a low rock shelf. 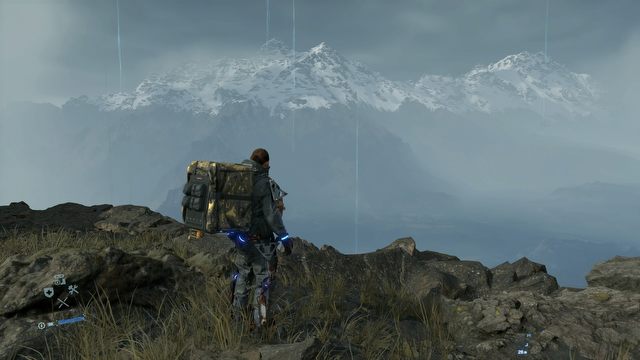 Walking in Death Stranding was actually fun – climbing mountains was a real feat!

As a result, Death Stranding was perfectly enthralling, even though it was based on filler-quests, as they were infused with completely new quality. "Fetch quests," a symbol of boredom and half-assing, were transformed into a novelty by Kojima Productions. They proved that repetitive missions are not a problem as long as we get compelling mechanics, encouraging experimentation and enabling us to search for optimal solutions.