"I don't measure a man's success by how high he climbs, but how high he bounces when he hits bottom"  Gen. George S. Patton after the release of Cyberpunk 2077.

If you're interested in strategy games and military sims, you're in the right place  in this series, I'll collect for you news and impressions from the strange world of games, where the developers often pay more attention to reproducing the bullet velocity of a 2A46 cannon than designing an interface that doesn't make your eyes bleed. Have a pleasant read.

War on the Sea releases in February 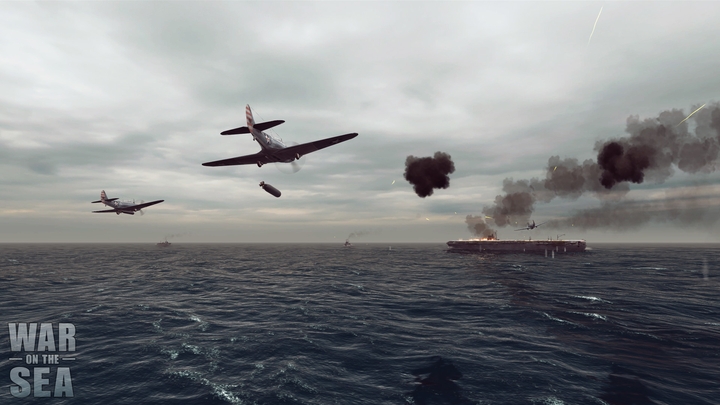 The maritime real-time strategy War on the Sea from Killerfish Games studio will be released in February on PC and MAC. The game is inspired by classics like Task Force 1942, making thhe player a commander of naval forces in the Pacific during World War II. In WotS, you will be able to direct both the U.S Navy and the Imperial Japanese Navy. We get over 50 historical ships, along with dynamic campaigns and single missions. The biggest surprise seems the fact that we'll get to directly control the planes, a bit like in Battlestations: Midway.

"Unlike the average Steam user, we've seen the contracts. We don't like them. That's why we're not interested in Steam"  Steve Grammont, Battlefront, 2010. 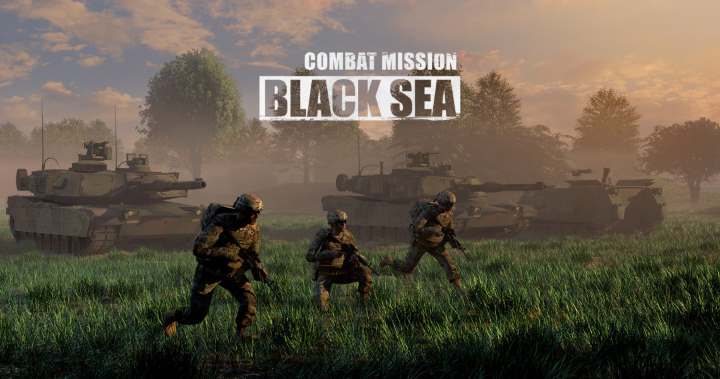 10 years later, hell has frozen over and the cult war strategy series Combat Mission arrived on Steam through a partnership with publisher Matrix Games/Slitherine. The conquest of the Valve store began with Shock Force 2, and this month, we received Combat Mission: Black Sea, originally released in 2015. This installment of the game deals with the conflict in Ukraine, albeit in a fictional setting, where it involves the American army. As always, Combat Mission stands out from the competition with its high realism and the ability to play in RTS mode or WeGo simultaneous-turn mode.

The game costs $60, and if you bought Black Sea earlier on Battlefront.com, you can pick up a key for free; more details here. As a reminder, CM:SF2 was discounted to $40 during Steam Winter Sale, which suggests potential discounts for future installments. If you're not smiling yet, you can download a demo of an older version of the game via our servers. Also consider that the engine performance remains poor.

It has already been announced that new installments will be added to Steam on a quarterly basis; Normandy is next in line.

Battlefront didn't brag about specific sales figures on the new platform; the developers only addressed the matter with a simple remark: "So far it looks pretty good.

Gunner, HEAT, PC, or hot war in a tank 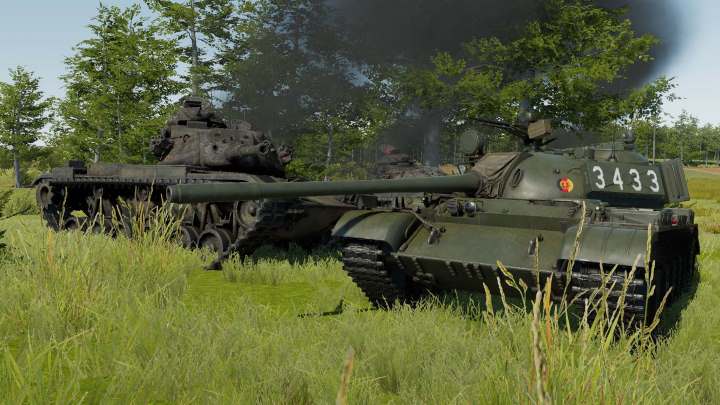 There are moments in War Thunder, mainly after my Leopard explodes from a god bullet that penetrated several buildings, when I long for the quiet moments of driving a tank without multiplayer and grind. Games that would reflect the spirit of the old M1 Tank Platoon 2 are almost non-existent, so I welcomed the news about Gunner, HEAT, PC with true elation. 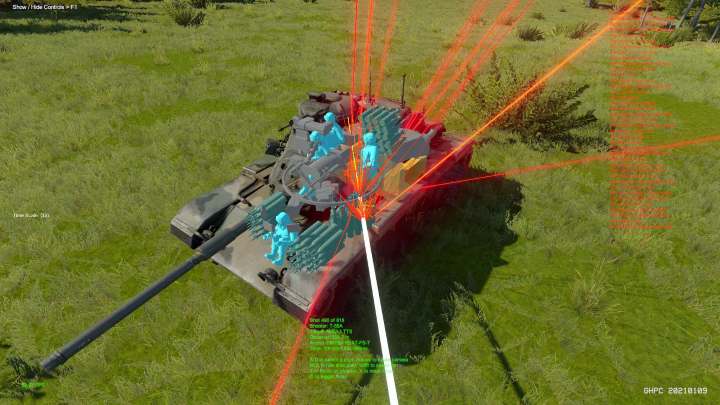 GHPC is a prototype game about Cold War tanks  approachable in terms of controls, but realistic in terms of ballistics and armor-piercing capability. How far do the creators go in reproducing the latter? Well, the game features messages like "A slug pierced the tank commander's skull," and in the last tested scenario, I was able to analyze the trajectory and effects of no less than 818 shots. Single-player and co-op gameplay are the primary focus for the developers, and the campaign is set to take place around Frankfurt am Main and the so-called Fulda Gap. GHPC has made progress from the free demo released in May, so the developers plan to release a new one soon, displaying the current state of the project.

I have to admit that Gunner, HEAT, PC looks more exciting by the month; the version I'm testing already has a specific map and well-modeled tanks  the T-55A, and M-60A3. We can only hope that the creators will have enough resources and persistence to complete the project, which at the moment is running a crowdfund on Patreon.

Russians and multiplayer in Mobius Front 83

Fans of solitaire and puzzle games may be familiar with the small, but industrious studio Zachtronics, which decided to launch an offensive in the wargaming segment a few months ago. We're talking about Advanced Wars-inspired, turn-based tactical game Mobius Front 83, which received a multiplayer mode and a new army in the update. The Russians previously formed merely a backdrop of the game, as it focused on the conflict between the U.S. Army and... the U.S. Army from another dimension.

I spent just over 9 hours in the campaign, and though I found the excessive clicking required for completing basic actions (such as helicopter landing and disembarking) quite annoying, as I have some of the scenarios, which can be desperately completed with a single surviving unit, I admit the game has its charm. It's probably due to the intriguing storyline, charming visuals, and the evident fascination of the creators with the setting. 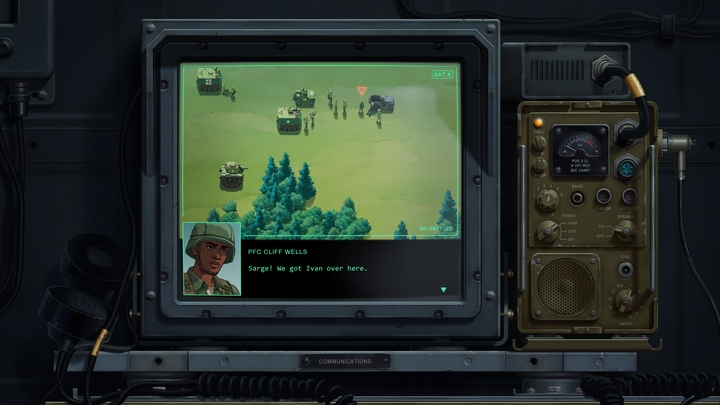 The faction added in the patch differs significantly from the others, for example  Soviet infantry has a longer firing range, but suffers from a lack of anti-tank weapons, and BM-21 Grad rocket launchers can perform four attacks in a single turn.

I've been watching 777 Studios and 1C develop the IL-2 Great Battles series for years, with new expansions adding aircraft and maps every year. The most recent, somewhat odd module is Tank Crew, adding a range of playable tanks. After years of early access, the game is now considered complete, with 10 machines, a Prokhorovka map with a higher level of detail than the previous iterations, two campaigns and multiplayer fully compatible with the aerial part.

Tank Crew is technically decent; the interiors of the vehicles have been meticulously recreated and we can see the crew inside, which increases the immersion in VR. Realism is of course at the focal point of this sim  ballistics and the complex damage model didn't raise any major concerns of mine; the problem really lies in the heart of the game, or rather the lack thereof. While controls aren't as complicated as in the aircraft, visiting the options menu will be required anyway, which can lead to frustration early on, if one is hoping for a quick test drive. 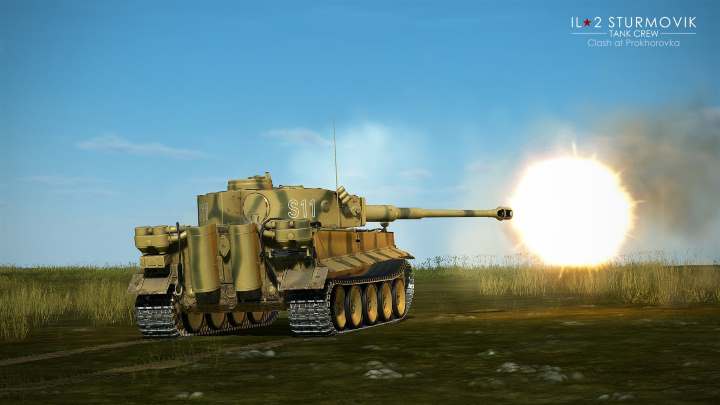 The singleplayers will be rather disappointed with the two campaigns  even though the Soviet Breaking Point was added early in production and focuses on driving T-34s, the remaining machines stay in the garage, virtually unused. Missions to play have to be found either on forums, or DIY'd  otherwise, you will have to settle for the somewhat unpopular tank multiplayer; it's the saddening quality level reminiscent of DCS World or ArmA.

There's no denying that driving a tank in an aircraft simulator is like fishing with bow and arrows: theoretically doable, but in practice something doesn't quite fit. Despite the more detailed map, Tank Crew looks empty, even considering that the Kursk salient in 1943 was not a particularly thrilling in terms of landscapes.

The final result gave me mixed feelings. Tank Crew remains a rather expensive curiosity and can be recommended mainly to die-hard fans of armored warfare, who don't mind tanks being overall secondary to aircraft for the developers. Tank Crew's strong suit surely is the possibility to drive a tank like the Tiger in VR  it's impressive, but be careful with off-road driving, because it swings like a bus.

Tank Crew, along with other IL-2 modules , has just hit the Winter Sale 2.0 promotion, which runs through February 5. Versions purchased from the official store are standalone products, if purchased it on Steam, you must own Battle of Stalingrad:

From Pizza to Bombs  B-17 Squadron

For dessert, some air combat. PlayWay is not only about Car Mechanic Simulator, House Flipper or Jesus Simulator  the publisher is increasingly expanding its portfolio with military games. So, if Uboat is the spiritual heir to the Silent Hunter series, then the recently announced B-17 Squadron grew out of the roots of the old B-17 Flying Fortress: The Mighty 8th, perhaps encouraged by the success of Bomber Crew.

Big Cheese Studio, which until now specialized in games about cooking, making pizza and cakes, suddenly turned to strategic raids of World War II  just another day in the office, it seems. 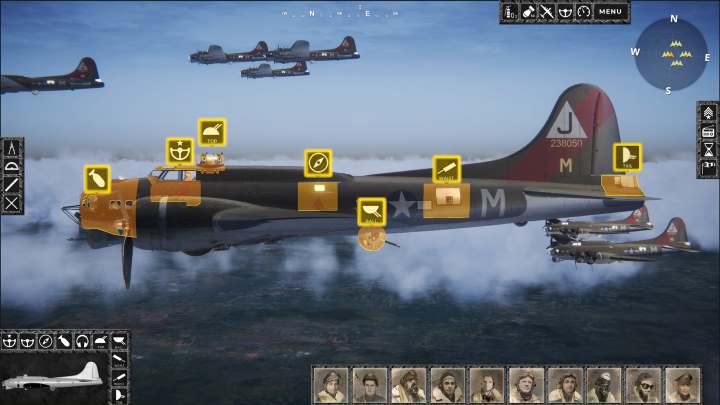 We are supposed to get a realistic Flying Fortress simulator, with crew and squadron management. The trailer is rather typical of PlayWay, i.e. it presents more of a vision of the game than the gameplay itself, and we can only hope the end product will be more refined.

A release date has not yet been revealed, but presumably the developers will want to avoid competing with the The Mighty Eighth from Microprose.

If you like this overeview, you can comeback in two weeks, I promise there will be less tanks  Adam "T_bone" Kusiak.