Many of you might have scratched their heads reading the headline. Some might have uttered a cuss or otherwise voiced their discontent; “what’s this guy going about again?” We’ve had a real plague of scandals related to Kickstarter, microtransactions, and DLCs that are basically fragments of the core game that have been ripped out. On top of that, games are oftentimes extremely buggy on the day of release, mending them takes months and the formulas are exploited ad nauseum.

But I shall stand by my opinion. Because I think that – preoccupied with all these negative aspects – we tend to overlook the real reason behind the changes in the industry: the exponential growth of popularity of our medium that occurred since it’s salad days. Video games have come a long way, first a trivial hobby of nerds, it came out of the basements into the mainstream and became a gargantuan business and a widespread form of entertainment, as popular as music and cinematography. 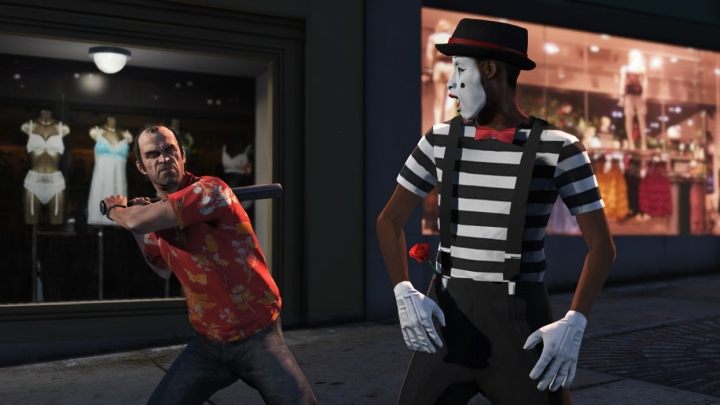 Grand Theft Auto V, with its budget, sheer volume and the profits it generates, makes many blockbusters look small-time by comparison.

The production and marketing costs of Grand Theft Auto V equal about $265 million. Not much smaller – $250 million – were the costs of Call of Duty: Modern Warfare 2 (although in this case, we ought to remember that around 80% of the sum were devoured by marketing). Among the most expensive games is also Star Wars: The Old Republic, at around $200 million. Even seemingly smaller games, such as Deadpool or Max Payne 3, boast gigantic budgets exceeding $100 million.

By comparison – a production of a blockbuster such as Star Wars, X-Men, Jurassic World or Pirates of the Caribbean in Hollywood usually costs $150-300 million (marketing not included). It becomes apparent, then, that the gap between both these industries has been largely bridged and the costs of producing a game nowadays are at least comparative as these of making a blockbuster movie.

Hundreds of people work for dozens of months developing the virtual worlds in which we can spend 100+ hours, and the producers aren’t afraid of pouring hundreds of millions of dollars into the production. And just three decades ago, there weren’t many games that would take more than a year of development by twenty people. 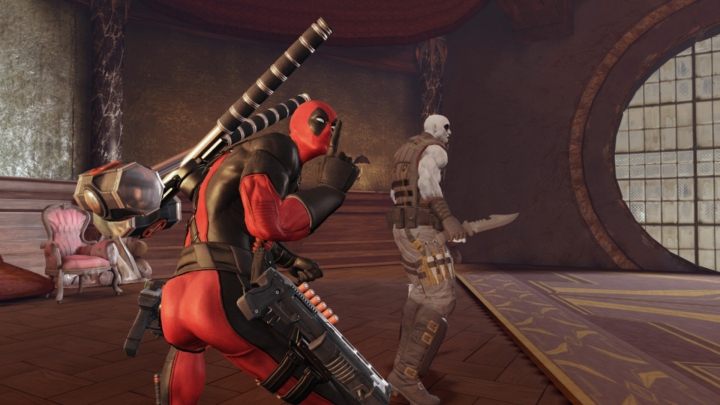 Even such mediocre games as Deadpool: The Video Game are projects worth stacks of money.

The prevailing opinion is that games used to be more interesting and ambitious, but the truth is that – considering the content offered (such as side quests in the now-largely-despised sandboxes) and the diligence with which the tiniest details are created, the today’s games beat the old hits, no two ways about it. It’s not that uncommon that more people work on the behavior of trees than on entire games two decades ago.

Of course, pouring so much money into a single project is a great risk for the producers, who strive to minimize it in all ways possible – hence we get so many games similar to each other, such as sandboxes and battle royales, or moves such as the introduction of lootboxes. In the end, I’d say we’re doing pretty good – getting a myriad of amazing games of staggering scale, albeit a bit conservative with the design. And if you’re not fond of the imitativeness, remember – it’s not like there are no alternatives.

The video game business is now worth almost twice as much as the motion picture industry – according to Gamesindustry.biz, games generated more than $100 billion in revenue, i.e. around twice as much as movies, in 2017.

The most profitable game of last year was GTA V, which – despite being three years old – managed to generate more than half billion dollars of revenue. All in all, the game has already made $6 billion (sic). Nearly twice as much as the three biggest movies of 2017 combined: Despicable Me 3 ($1.03 bn), Fast and Furious 8 ($1.23 bn) and Beauty and the Beast ($1.26 bn).

The industry’s been exploring different avenues, too. Apart from ever more expensive AAAs, we’re also getting lots and lots of medium and low budget games. The numbers don’t lie – 2017 saw 7672 games released just on Steam. These are games of nearly all genres – from typical action games, adventure games, platformers and RPGs, to niche golf simulators, where you’re controlling gigantic robots (100ft Robot Golf), touching interactive stories about a relation of mantises (Don’t Make Love) or the lately wildly popular game about space dongs (Genital Jousting). Players today can find anything in stores – big-budget smash hits, novelty games that break conventions, as well as games clearly harking back to the old days. 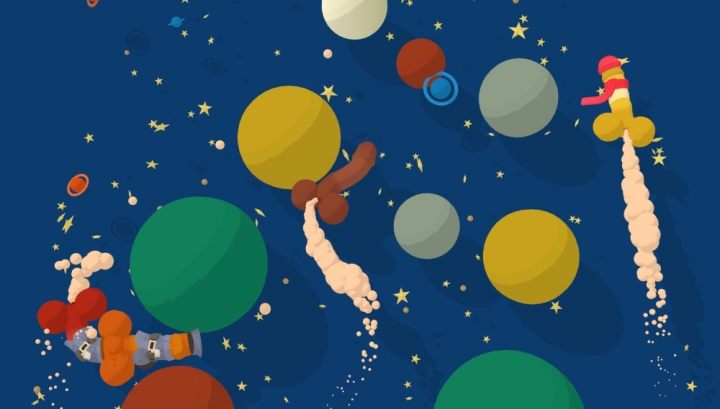 Steam has everything. Even a game about penises.

At the point when there are more games being released during a month than there were during the entire 1983, when they represent the most diverse range of genres possible, it’s hard not treat remarks such as “I have nothing to play” as a sign of ignorance. Especially since so many people in the “it used to be better” camp don’t even try to go out and search for a game to match their interests, rather than give a brief chance to the latest hit and formulate the opinion about the whole industry. It’s a bit like going to India or Italy and eat out in KFC and McDonalds, then go about saying the local cuisine’s boring. It’s a stretch, but you see what I mean.

As if it was free

Indeed, we also cannot complain about the prices of games. True, on release, hot, new titles will cost about $50 or more, but it usually takes only a few months, even weeks in some cases, for the price to become much more tolerable. Take the recent OnRush, for example; a novel game reaping good scores, which, however, met with a lukewarm reception of the players – within just one month, you could get it for a mere half the original price. 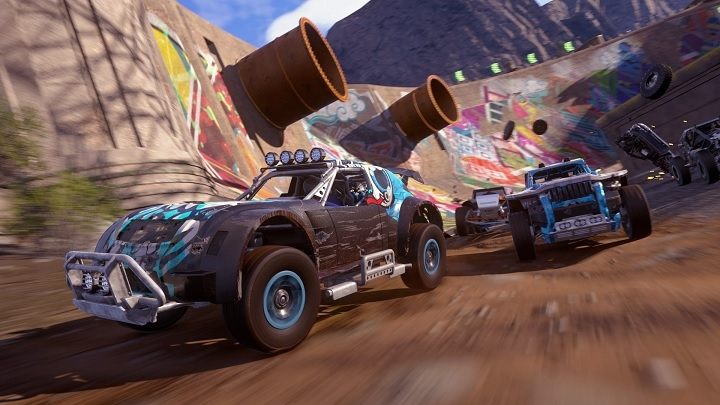 OnRush’s sale figures were hugely disappointing, but this made the game a lot cheaper very quickly.

If you don’t have a bee in your bonnet about playing only new games then you’re truly into a brave new world of sales, subscriptions, and gifts. Just during the last eight months, we could get for free – no strings attached – games such as Layers of Fear, Galactic Civilizations II, Crusader Kings 2, Spec Ops: The Line, The Darkness 2, Amnesia Collection, Dungeons II or Dead Space. The PlayStation Plus subscription is $10 a month in the monthly plan. In August, the subscribers got Mafia III, for example, and on the other side of the wall, Microsoft lures players with Forza Horizon 2 and For Honor. To top things off, the regular sales offer great deals for really good, and not only old, games. 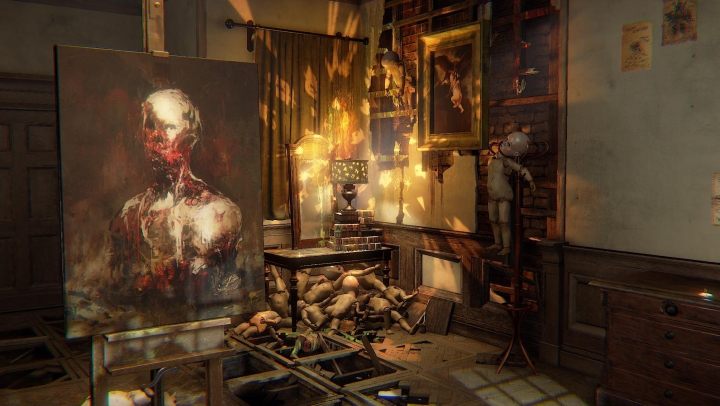 A bit of patience allowed players to get Layers of Fear completely for free.

As the outcome of such abundance, our game libraries grow in absurd pace and usually the Steam, PSN, Origin and uPlay accounts contain more games than anyone could complete in a lifetime. Yet, we still buy new ones… how could you not buy a recent hit for just ten bucks?

The last and perhaps the most vital point of my argument is drawing the reader’s attention to the fact that not only the industry itself has undergone significant changes – the same is true for the way gamers are perceived by the rest of the society. The era when spending leisure time in front of a computer or console screen caused disproval of the friends or elders is now long gone. Saying that everyone’s playing nowadays would be a bit of a stretch, but the gaming community is now so vast that there’s no longer any shame in the hobby – if there ever was, that is. 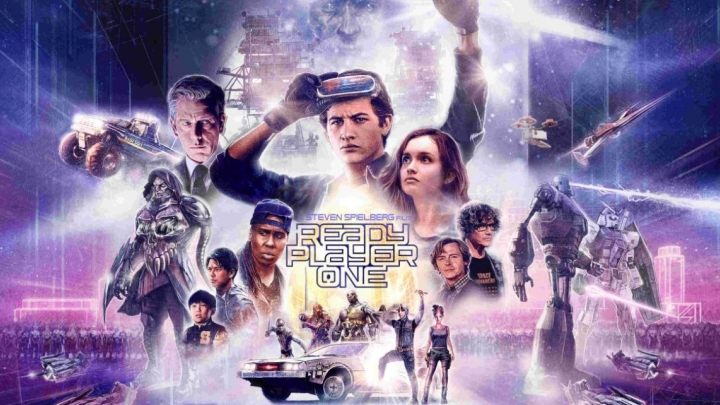 Ready Player One is a movie saturated with gaming references.

The change is not only apparent in everyday life of players, but also in the pop culture. Referencing video games or depicting characters engaged in digital entertainment is now nothing surprising in cinema, books and TV series. Games are present in mainstream music and there are some pretty big films out there that are based on the nostalgia of the classic games, such as the recent Ready Player One.

The hobby that used to be very niche has become mainstream. Which, of course, has some negative consequences, such as the problems listed at the beginning of the article – focusing on the mass consumer required compromises, which is particularly apparent in the triple-A segment. But if this is the price of video games becoming a “serious” medium – so be it. Especially since the alternatives to the biggest games are really, really easy to find.

So, we currently have the most expensive games and also – in a sense – the cheapest games, the most abundant offer, and we’re treated more seriously. You might be concerned about whether we currently have the best games, but let’s just bear in mind that the answer to this question is often tinted by sentiments and childhood memories. The first contact with anything is usually what we tend to keep deepest in our memory, so the more we play, the more we demand and the harder we are to please – even if the games we’ve been getting lately were objectively better. Hence the nostalgia with which we reminisce games like the original Heroes, Gothic or Unreal Tournament, despite the fact that each of these games has been superseded with objectively better follow-ups. If you don’t believe, then just take someone who hasn’t been a gamer for the past 15 years and let them play one of the classics and one of the modern games. The question as to what they would like best is beyond doubt a rhetorical one. 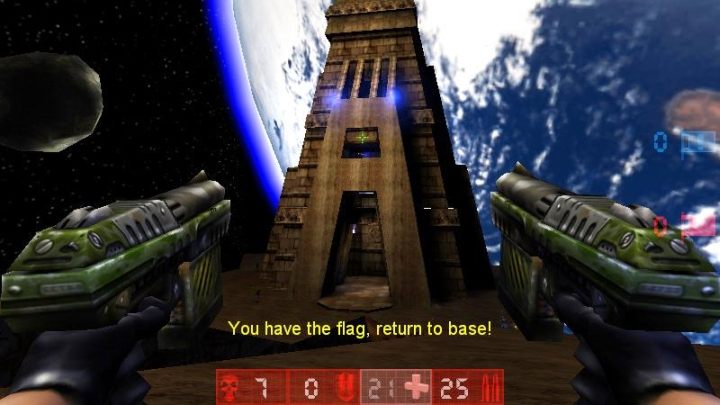 It’s pure nostalgia, rather than timeless mechanics, that compels me to return to Unreal Tournament.

Hence, even though I personally have a hard time deciding whether the old games were better (hey, I’m also prone to nostalgia), I’m sure of one thing – they’re not any worse. The sheer number of videogames released every year allows assuming – purely by the virtue of mathematical probability – that there are more outstanding gems hidden among the thousands of releases than there used to be good games in general.

That’s why, instead of complaining and moaning about how the grass used to be greener, ice cream sweeter and games better, we all ought to take a wider look and appreciate the long way video games have come. Not everything is perfect about the industry, but everything will never be perfect about anything. Our hobby has, however, matured and this is the price we need to pay for it becoming larger and more popular than ever before; for the fact that it’s easier and cooler to be a gamer than it ever was.

Right in the feels – songs we love in video games

When we hear a vocal track during a dramatic final confrontation, we are confused. It’s something unnatural, and it makes us focus on the sound much more than during regular background music. Let’s take a look at some memorable examples.