Pretty much everybody has Internet access these days. The popularity of online games, including MMORPGs, has been steadily rising throughout the last few years. The problem is, the said genre is currently very busy chasing its own tail. There are no fresh titles, especially from American or European developers. Houston, does this look like a problem to you?

MMORPG is an acronym for Massively Multiplayer Online Role-Playing Game, which basically means that a lot a people can have fun at the same time by playing together. But the name does make it sound more dignified, doesn’t it? Well, you’ll be perhaps surprised to know that it all began as mud… I mean MUD, or Multi-User Dungeon, the genre from which all MMORPGs originated. Imagine a game implemented entirely as text, no pictures, nothing even resembling an interface by modern standards. The system provided us with information, world building, everything in the form of written description; we, in turn, controlled our character by manual command input. This enabled us to fight monsters, explore, or talk with other people. That’s how things looked around 1978–1980, making MUDs older than MS-DOS (that’s the grandfather of Microsoft Windows, in case you didn’t know).

A new genre that took time to take shape 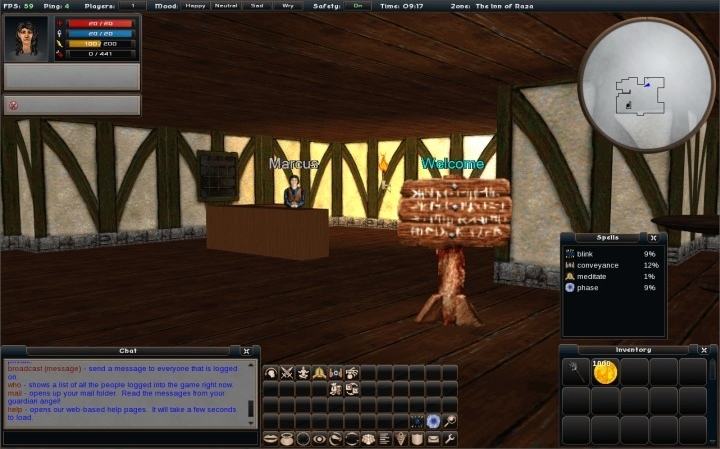 Meridian 59. One of the first games that could be considered an MMORPG.

Imagine, then, that the first genuine MMORPG was launched in 1996. Dubbed a graphical MUD in its early years (as were several early MMORPGs), Meridian 59 encompassed a whole globe for the first time in history. Games such as Ultima Online, Lineage, and Tibia were to follow, not to mention EverQuest and RuneScape. Those were the trailblazers for the new genre that enabled it to conquer our spare time. Today, few gamers remember them, outside perhaps fan circles of a rather limited scope. The younger generations would be surprised to know, though, how many mechanics and solutions taken from those old pioneers were adapted and employed in modern projects.

Let’s skip a few years and move to the period when true legends were born, some of which are famous even today. Enter MU Online, Ragnarok Online, and Lineage 2, games that conquered the world by offering a new, previously unseen kind of entertainment. For many gamers, they’ve become the pinnacle of the genre, some kind of apex code that was better than anything that came after it. Perhaps they were right, but only until 2004 when Blizzard released World of Warcraft as a gift to mankind. It subsequently became one the most impressive commercial hits in the history of the gaming industry. How so? It required a monthly fee, and still there were around 10 million people willing to pay it to play.

The king took the throne 12 years ago 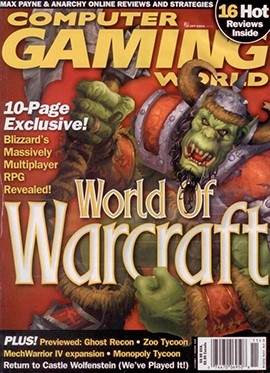 The November 2001 issue of Computer Gaming World featured a 10-page-long article dedicated entirely to World of Warcraft. The game appeared even on the cover. That, for most gamers, was the first contact with Blizzard’s new work, and at the same time the first occasion to learn something more about it. The article announced the races of Tauren, Orcs, and Men, but didn’t mention anything about character classes. Blizzard’s promises at the time included no loading screens between the regions, no waiting for the monsters to appear, and no repetitive quests. I’d say they’ve kept their end of the bargain, haven’t they?

Where’s the impending crisis then, you ask? 10 million people are willing to pay 14 bucks a month to play a game and yet here I am, blatantly suggesting there’s some kind of a problem? It’s not like the genre ended on World of Warcraft. There were several good titles released post WoW, including games such as Guild Wars or Cabal Online. The thing is, all of them have now become a thing of the past – venerable, nostalgic, but mostly forgotten. Except for World of Warcraft.

November 2016 marked the 12th anniversary of WoW’s release. Since then, the game has seen six expansions, with the last one, Legion, reclaiming a significant number of subscribers. To prove this claim, though, we have only rumours and market analyses, as the devs have long since stopped publishing official data in that matter. We know only that the game was at some point suffering a crisis, with the number of its users dwindling to a “mere” 5 million subscribers. Now, the devs claim it has once again reached 10 million. Why am I spewing all those numbers? Because a 2004 game remains the most popular MMORPG in the world, that’s why. What’s more important, nothing seems to indicate any change in the matter.

Trailing far behind World of Warcraft, we have a group of titles that still fare rather decently. We have ArenaNet’s Guild Wars 2, The Elder Scrolls Online from ZeniMax Online Studios, and Final Fantasy XIV from Square Enix. Now, here’s the funny part – their release dates, which are 2012, 2013, and 2014 respectively. Does anybody else notice the worrying time gap? 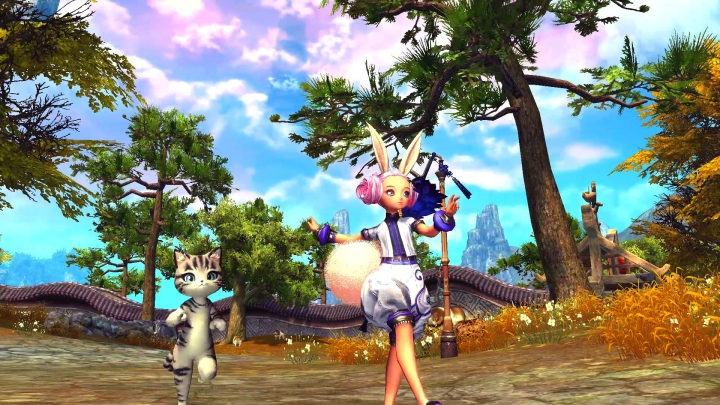 Blade & Soul is 4 years old, but it still looks nice.

Truth is, it’s not like there was absolutely no MMORPGs released between 2004 and 2012. On the contrary, we’ve seen a throng of them. Unfortunately, most of them resorted to cookie-cutter mechanics and offered absolutely nothing original. Aion, from the creators of the Lineage series, lasted four years (from 2008) before it had to discard its monthly fee, adopting the free-to-play formula instead. TERA came out in 2012, only to switch to free-to-play after 9 months, despite having an original feature in the form of a dynamic, “non-target” combat system.