What lies in store for MMORPGs? 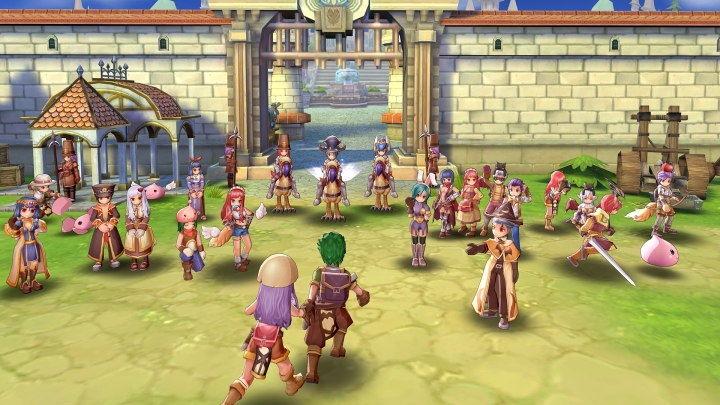 Mobile Ragnarok may turn out to be a hit.

One more thing that doesnt help the situation of MMORPGs are the other MMO games  especially MOBAs, action RPGs, or various online hacknslash games. Then theres the ever-expanding fad for mobile gaming. This includes MMORPGs, which are highly popular in China and Korea. According to the devs themselves, the typical gamer profile has changed.

The players no longer tend to spend long hours on a single session. Instead, they prefer quick, casual games, requiring a limited amount of time to complete and offering more attractions packed in that short time. Its no surprise that MMORPGs are getting left behind  these games require dedication; a new set of gear often requires that we farm a dozen or more hours. Mobile games, in contrast, offer auto-trackers, which will do the work for us. Its a perfect solution, enabling us to play even at work. Except, is this still gaming or just using a legal bot?

The MMORPG crisis is a fact. Everywhere, expect Asia  over there the devs are still getting by with some unique tricks. The West, however is experiencing a flood of games from Korean or Chinese developers. Whats more, we can expect the mobile MMORPG fad to reach us sooner or later. You dont believe me? Well, look at Lineage 2: Revolution, released in Korea on December 14 last year. This free game has earned more than $42 million in the span of two weeks. The mobile version of the iconic Ragnarok Online is doing better than the original, and may yet wreak some havoc on the market. Unfortunately, without new ideas, the MMORPG segment will be unable to spread its wings. 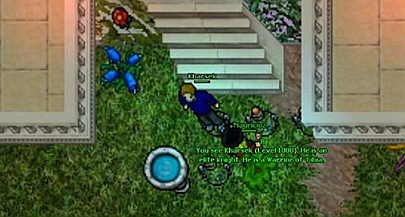 Tibia was released in 1997. In August 2016, a user nicknamed Kharsek was the first player to hit level 1000, The character he used was created in July 2007, which means he needed more than 9 years to achieve it. We, however, still have no idea what lies behind the mysterious door that can be opened only by a level 999 character. Kharsek wasnt kind enough to share his knowledge with the rest of the community, so we have to wait for another dedicated adventurer to repeat the achievement.

The genre needs to change, if it wants to survive 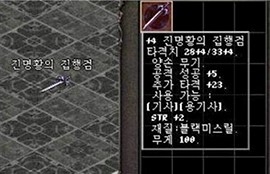 This weapon is from the original, Korean version of Lineage. In 2013, auction websites dealing with online goods have priced the item at $91,000. Unfortunately, we dont know whether the owner managed to sell this pixellated golden egg.

A good attempt at innovation was the non-target system presented in TERA. This idea, however, would need some polishing, and the game would need something beside it to serve as the main drive behind the project (something which TERA failed to find). The gamers have become much more choosy, having accumulated more experience. One novelty wouldnt be enough to convince them if the rest of the game is rubbish.

There seems to be a new chance for MMORPGs in the virtual reality technology. VR, however, is not ready to be taken seriously, and the devs keep their distance. Just like 3D television  were simply not ready for this. Still, this may be an interesting option for MMORPGs. Imagine a nigh real digital world, where thousands of players can experience the same adventures. Both PvE and PvP would gain a completely new dimension.

I know, I know, Im getting ahead of facts. Still, I think theres something to be gained there. Japan is considered a technological paradise, where the idea to combine MMORPG and VR is becoming more and more popular. At least in manga (and manhwa, its Korean equivalent, as well), which is always quick to pick up the topic. Who knows, perhaps some day VR goggles will be replaced by helms and cockpits, emulating fantasy worlds. 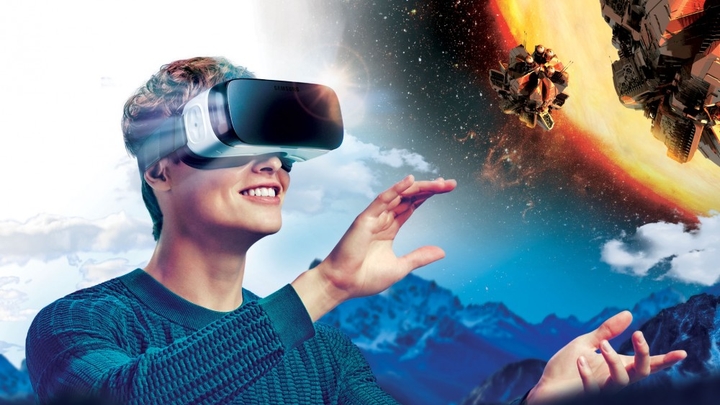 VR becoming the future of MMORPG? Sure, why not?

Its time for a summary. MMORPG is in decent condition as a genre, but only thanks to Asian developers and players. There is a worrying lack of European and American games. Twelve years after its release, World of Warcraft remains the most popular production from the genre, and this is unlikely to change anytime soon.

Western developers are reluctant to create new MMORPGs, unless they have a famous franchise at their disposal, such as The Elder Scrolls or Guild Wars. If something doesnt happen, the Western market will be flooded by Asian games, including mobile MMORPGs. The genre needs to change, or it will die. We can only keep our fingers crossed that it will be reborn like adventure games and not forgotten like RTS.

Ive been into MMORPGs since 2004. World of Warcraft had already been present on the market at the time, but my adventure began with Tibia. Next on the list were Lineage II and Ragnarok Online. My first contact with the king of MMORPG took place on the occasion of the release of The Burning Crusade expansion, and lasted for a long time. Currently, Ive dropped WoW in favor of The Elder Scrolls Online, but the old-school grind offered by Black Desert Online is becoming more and more alluring.