A powerful warrior about to save the world becomes an errands boy. A battle-hardened team of heroes introduces order by fighting a team of goblins notorious in a small town. A knight who defeated a thousand enemies takes the contract for killing rats that are eating through the stock of a shabby tavern. Side quests are a source of jokes, irritation and criticism of journalists, and a tough nut to crack for developers. But should they indeed be judged as harshly, if, in the end, they have a positive effect on the gameplay?

How to piss players off in two hours

The remake of Final Fantasy VII begins with a spectacular mission in rector one, which serves as the perfect introduction to the realities of the universe and the gameplay mechanics. The audiovisual setting makes a great impression, and the nostalgia charge reaches critical values with older players. A few moments later, Cloud and co. land in the slums, where the protagonist gets a chance to perform a few side quests.

It takes quite a lot of courage (or complete lack of critical thinking) to have players clear a rat infestation or look for lost kittens at a point in the story like this one. But Square Enix apparently didn't feel there was anything wrong about pulling off a stunt like that, making players see red. Not only that  they were even cheeky about it: in the side quest with the rats, they had us kill the rodents and go back to the quest giver just to learn that we've killed the wrong rats and that we have to do it all over again. So, we get the worst, the most criticized, the most meme-worthy kind of side quest right at the offset  doubled. The devs give a clear signal: "You can shake the gamepad all you want, but the remake of FFVII is larger than the original thanks to these quests." 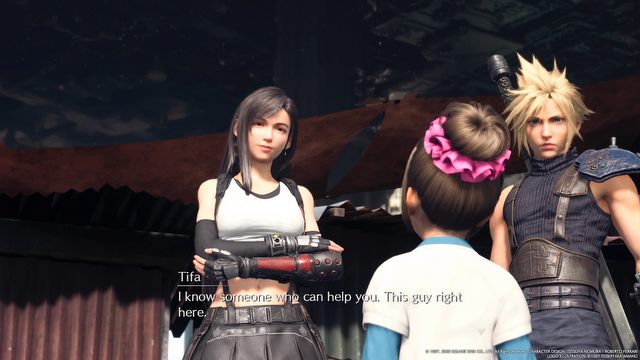 You learn more about the main characters, you run around the slums, which you would probably ignore in large part, you watch life in Midgar. You can see some of the advantages, but it's still just a cat chase..

This is an extreme and recent example, but each of us can certainly give a few other examples of uninspired and mundane missions like that. We often dedicate entire hours to them, hoping for interesting dialogs and rewards, but we always end up disappointment, with merely a few gold coins, or the n-th health potion to wipe our tears. In moments like that, irritation takes over and we can no longer look at side quests objectively, nagging them for what they actually are not, and what they never attempted to be.

The ultimate example of how not to make side quests for me is definitely Fallout 4. It happened when I cleared the metro station of ghouls for one NPC, and then I met another one, who gave me the exact same quest. Of course, during the six minutes between completing the first quest and taking the other, the entire population of these monsters managed to replenish, and all my previous efforts amounted to nothing.