Firewatch for PC, PS4 and etc. is a first person adventure game with major focus on exploration; it is the debut production of the independent Campo Santo studio, which was founded in 2013 in San Francisco. The developer team consists out of seven members, some of them were previously involved in creating other titles, such as The Walking Dead: Season One, Mark of the Ninja, The Cave, Gone Home, BioShock 2 or Brutal Legend.

The action of Firewatch takes place in the modern world, specifically in a grand forest in the American state of Wyoming. We step into the shoes of Henry, a man who is tired of his current life, and decides to run away from his problems and civilization to serve as a woodland ranger through the summer. His job mainly comes down to looking out for early signs of forest fires from a high tower in the middle of the woods; however, the simple, calm and lonely job quickly complicates when Henry becomes a witness of events which cannot simply be overlooked.

Exploration is not the only important aspect of Firewatch on PC, PS4 and etc.. What is also deeply emphasized is creating a bond between Henry and the only other independent character within his reach  his supervisor, Delilah, who maintains contact with our hero through the radio. Despite the distance between the two, Henry values his boss greatly, as were it not for her, he would be completely alone and she is also directly connected to the oncoming events.

The game has been created using the Unity engine, which means that we can expect esthetic and good-looking graphics but without amazing texture quality or special graphical effects.

Campo Santo have focused greatly on the storyline of Firewatch for PC, PS4 and etc. and therefore have decided not to implement a multiplayer mode within the production.

This guide for Firewatch includes all of the necessary information that will let you complete the entire game and discover its puzzles. In this guide, you can find a detailed walkthrough that presents ways to complete each day and task presented to you. 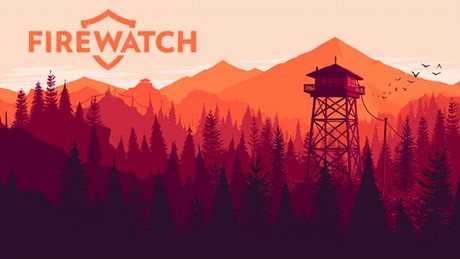 Firewatch review  Alone in the forest

Firewatch seemed to be a unique game since it was first announced, and we wanted to take a look whether the game is anything more than just a "walking simulator" The result? It definitely is.

Indie dev Campo Santo Productions announced the release date for their debut project  Firewatch is coming out to PC and PS4 on February 9, 2016.

Firewatch gets a price, minimal sys reqs and 4 new trailers

Just a few days before the official release, the developers from Campo Santo studio revealed some additional information and price of their newest game  Firewatch. Moreover, we got minimal system requirements and 4 official trailers.