A Game of Thrones: Genesis is an RTS game with turn-based elements. The game is set in a fantasy world called Westeros, which is known from George R. R. Martin's, an American fantasy author, bestselling saga called A Song of Ice and Fire. The game was developed by Cyanide Studio, which created Loki and Blood Bowl.

The books from A Song of Ice and Fire saga are known for their rich plot and huge cast of interesting characters. The developers admitted that recreating all of those elements in a video game is simply impossible. Instead, they decided to focus on the titular game of thrones, the intrigues between the well-respected nobles. The game is set hundreds of years before the events from the books and focuses on the process of unifying the Seven Kingdoms.

A Game of Thrones: Genesis has an innovative gameplay which allows players to achieve victory by using various means  e.g. using armies, economic wars or diplomatic intrigues. Besides attacking enemy strongholds players often have to send spies and even contract killers that can get information about an enemy or eliminate their most important commanders. However, we have to not only invigilate our enemies but also our allies. Placing complete confidence in them isn't a smart move in Cyanide Studio's game.

The reason for that is because the diplomacy system plays a big role in the game. We can create alliances and then strengthen them by arranging marriages. In A Game of Thrones: Genesis players participate in epic battles and sieges but even during those fights one clever ruse can determine a winner. The game has a mechanic that allows players to deceive their opponents and because of that they can never know if an enemy hasnt bribed a seemingly faithful unit.

A Game of Thrones: Genesis starts with a linear and very complex tutorial that teaches players about the game's mechanics. The campaign is divided into 8 chapters (20 missions in total)  each chapter is focused on a different time period. Besides that the game offers House vs. House mode which gives players a complete freedom  as a ruler of one of the powerful houses (such as Stark, Lannister or Baratheon) they try to unify Westeros under their banners. Our opponents are either controlled by AI or other players. 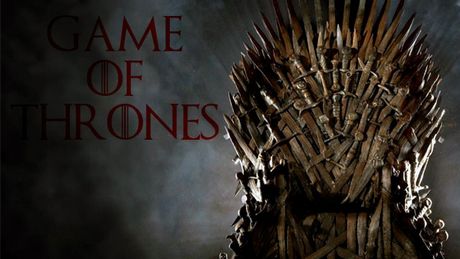 The best video game adaptations of Game of Thrones

The Game of Thrones TV show, based on the novels by George R. R. Martin, is a massive success. It may surprise you then that this universe hasnt received a triple-A video game adaptation yet. Still, digital Westeros already exists.