The story of The Lord of the Rings: The Battle for Middle-Earth II for PC and X360 takes place in the northern areas of the Middle-Earth, where the forces of evil Sauron (armies of Goblins, Mordor and Isengard) are fighting the combined armies of Elves, Dwarves and western humans (Rohan and Gondor). The developers created fifteen scenarios for each playable side of the conflict in the singleplayer campaign. In comparison to the previous installment, the game introduces new units which player can control (infantry of dwarves, elven wizards, goblin fighters etc.) and new heroes (including Elrond, Arwen, Dain, Glorfindel and Haldir).

The title introduces the possibility for players to create their own hero (select its look, attributes, equipment etc.) and control his development. Gathered experience points can be distributed between abilities or other attributes and make the hero stronger as the game progresses. The number of available spells was doubled and there are more weapons and items that can be used during the battles. The limit of space for placing new buildings from the first game in the series was removed  now players can freely decide where to place their bases.

While the first game took place only on land, The Lord of the Rings: The Battle for Middle-Earth II for PC and X360 introduces sea operations (battles, army landings etc.). There are transport and military ships available to control (White Ships of the Elves, Black Ships and Corsairs fighting for Sauron). The developers introduced various improvements for multiplayer modes (new rivalry options, improved server communications etc.).

Visuals of The Lord of the Rings: The Battle for Middle-Earth 2 for PC and X360 were generated by SAGE engine, the same engine that was used in first game. It was improved and now allows more units to appear on the screen (the units now have more details and are more realistic) and is able to render water areas. 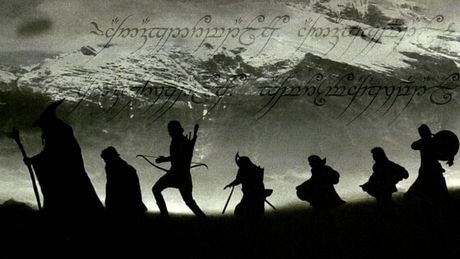 Mod DB community has chosen the best modification of 2020 and the most anticipated upcoming project. The first category was won by Age of the Ring for Lord of the Rings: The Battle for Middle-earth II, and the second by Kingdoms of Arda for Mount and Blade 2: Bannerlord.