The A.B.C. Murders for PC, PS4 and etc. is a detective adventure game with a traditional point-and-click interface, developed for PC, among other platforms, by the Microids company, a developer specialized in this genre. Title is the first installment of a series of games based on the works of a popular crime novel author, Agatha Christie.

Its plot is based on the motifs from the 1936 novel of the same title, which was the eleventh book about adventures of the famous Belgian detective, Hercule Poirot. Story told in the game begins when Poirot receives a mysterious letter, in which the serial killer, signed as A.B.C., reveals both place and date of his next crime. The criminal chooses his victims in alphabetical order. The first one is an owner of a tobacco shop, Alice Ascher, followed by a waitress, Betty Barnard, and a rich old man, Carmichael Clarke. The UK citizens begin to panic and it falls on the shoulders of Poirot to bring the series of murders to an end and, of course, to capture the guilty.

In terms of gameplay mechanics, the title stays true to the traditions of point-and-click adventure games. We observe the action from third-person perspective, and the game revolves around the investigation led by the famous detective. During the game we investigate crime scenes, collect material and circumstantial evidences, interrogate witnesses, and solve subsequent puzzles. In the course of the investigation several suspects appear, and we have to check their alibi to eventually prove the guilt of the true perpetrator in the game's finale. The game lacks arcade sequences, but it regularly tests the player's deduction skills and cleverness.

Agatha Christie: The ABC Murders game guide contains lot of tips useful during this pleasant and climatic adventure which is based on a novel of very well-known writer. 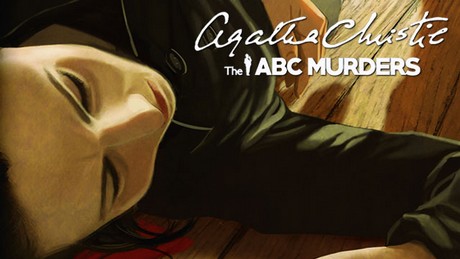 The game advertised with Agatha Christies name combines some mechanics from the Sherlock Holmes adventure game series with a more classic point-and-click approach, but if you want a good workout for your brain cells, you may find the production lacking.