Armikrog is the spiritual successor to the renowned adventure game  The Neverhood  which has been released back in 1996. Doug TenNapel is responsible for the creation of the title, as he has managed to bring back together most of the team, which was previously responsible for such titles as Earthworm Jim or the previously mentioned The Neverhood.

In the game itself we step into the shoes of a space adventurer by the name of Tommynaut, who is travelling the universe along with his companion  Beak-Beak the dog. The ship of our adventurers becomes damaged and crashes on an unknown planet, where our heroes are imprisoned in the stronghold of Armikrog.

Just like in the case of the legendary The Neverhood all of the characters and locations in Armikrog are made out of plasticine and animated in stop-motion. Despite the technological advancements in animation, using stop-motion is still an extremely time-consuming task that requires a lot of effort, which is also why the developers had to hire an entire team of puppet-makers, animators and sculptors.

The game has been created using the Unity graphics engine and is classified as a traditional point-and-click adventure game, as a worthy successor of the legend it possesses all the attributes of TenNapels unique style, such as quirky and friendly characters, completely original worlds and locations, an engaging storyline and brilliant humor. The soundtrack for Armikrog was prepared by Terry S. Taylor, who has been frequently awarded for the music he made for The Neverhood.

Armikrog game guide contains lot of tips useful during this funny, unconventional adventure. It is thorough, illustrated solution, which will guide you through all the actions that are needed to end gameplay. 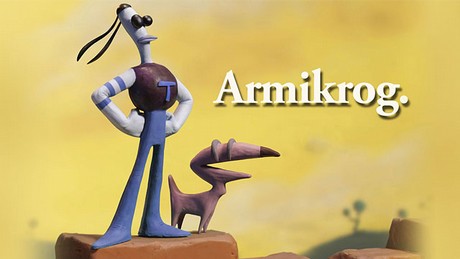 Armikrog review  does the spiritual successor to The Neverhood hold together?

A point'n'click clay adventure game created by the people behind The Neverhood sounds like a dream come true for many fans of the genre. Has Armikrog met the great expectations and managed to provide high-quality entertainment?

Armikrog Pushed Back to September

The release date of Armikrog has been pushed back to 8 September. The developers spotted some issues that need fixing.