Darth Vader VR for PC is a game for VR headgear, developed by ILMxLab (the creators of Star Wars: Trials on Tatooine). The creative team also included the famous screenswriter David S. Goyer, known from such movies as Batman v Superman: Dawn of Justice, Man of Steel or Dark Knight Rises. The story he wrote is considered as canon in the Star Wars universe, placing it on par with the comics and the movies.

ILMxLAB's production is a simple adventure game, focused on Darth Vader himself. It is set in a world featuring a day/night cycle and changing weather conditions. The world is in constant flux even after the end of the story campaign, so every time you restart the game, things looks slightly different. The gameplay is not too complex and it's restricted to interacting with other characters and the environment. The main focus of the game is it's plot. 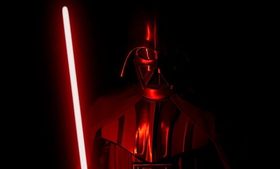 New information about Episode 1 of Vader Immortal: A Star Wars VR Series have surfaced during the Star Wars Celebration event. The game is being developed with Oculus Rift VR devices in mind.