Vader Immortal: A Star Wars VR Series is a game divided into three separate episodes, set in the Star Wars universe, in which we face the title dark Lord of the Sith. The production was originally announced in 2016. However, only now, at the ongoing Star Wars Celebration convention, did the developers share new information about it and presented the first playable demo, as well as a gameplay trailer.

At Vader Immortal we play the role of an anonymous smuggler and pilot of a spaceship named Windfall, who, due to an unfortunate accident, is caught by the forces of the Empire. Soon it turns out that they are a personal prisoner of Darth Vader and are transferred to his fortress on the small volcanic planet Mustafar. A series of tests is carried out on site to determine whether they have the potential to use the Force. At the beginning of the game, we are given a lightsaber, with the help of which we have to battle training droids, and then we try to get out of the trap in which we found ourselves. In our escape, we are accompanied by our co-pilot, the talkative ZOE3 droid. The action of the first episode is set entirely on Mustafar. The players will be able to explore Vader's castle, learning its secrets. 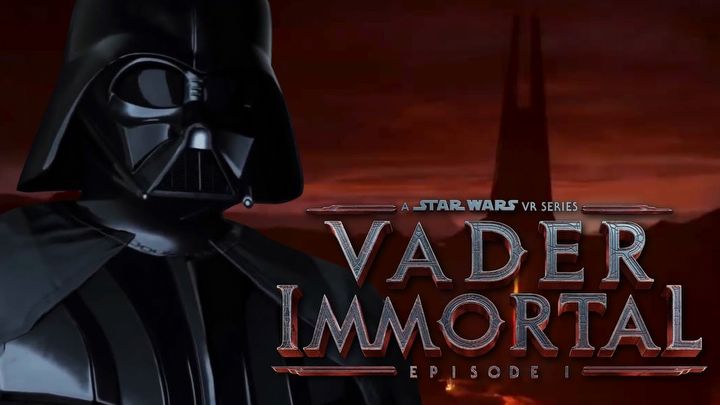 Vader Immortal is being developed with the new virtual reality goggles from the Oculus Rift family. The game's developer, ILMxLAB studio, specializes in VR technologies and is led by Ben Snow, a special effects veteran who has previously worked on such films as Star Wars: Episode II - Attack of the Clones and Iron Man. The script and dialogues come from an equally experienced David S. Goyer, who has made several films, including the Dark Knight trilogy, as well as games such as Call of Duty: Black Ops and Call of Duty: Black Ops II. The first episode of Vader Immortal should be released this spring.