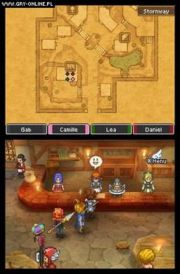 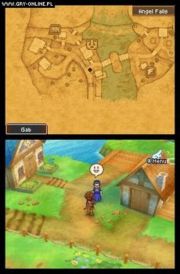 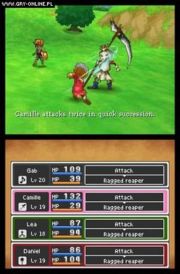 Dragon Quest IX is the next installment of a well-known series of jRPG games created by Yuji Horia. The title is developed by Level 5 studio, which in the past became famous for several interesting productions (White Knight Chronicles, Dark Cloud, Professor Layton and the Curious Village).

The game takes us to a rich and colourful universe, inhabited, among others, by angels who try to get to heaven. However, in order for this to be possible, they have to find a magical, divine fruit, born by a mighty tree (World Tree). The main character of the production is an angel, which falls to the ground and transforms into an ordinary person.

The heart of the ninth Dragon Quest game is online fun. The game offers four-player cooperation mode, where players can travel the world together, perform tasks and fight monsters. Playing alone is also possible (there are helpers led by artificial intelligence), but only a common adventure played through the local network shows the full potential of production.

Unlike the previous versions of the series, at the beginning of the game we can choose gender, hairstyle, skin color, body shape and a few other features of our character. Of course, its appearance depends to a large extent on the weapons and armour used. Due to the above mentioned structure of the game (cooperation mode), individual tasks are slightly shorter and less related to each other than in other parts of the saga. There are also many repetitive missions.

An important element of common fun is the fight played in turn-based system. Random battles have disappeared from the game - instead of them we can see all the opponents on the map of the world, so we can choose who we attack. In addition to skirmishes, the production of the standard hid a lot of secrets and objects to gather.

Game visuals are at a high level despite the limitations of the DS console. The creators prepared really nice locations comprising a fairly large world and well-designed models of characters. The main focus is on the stylistic diversity of places - each area or village has its own, original climate.