Games similar to Dragon Quest of the Stars

Idle Champions of the Forgotten Realms 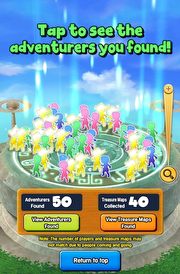 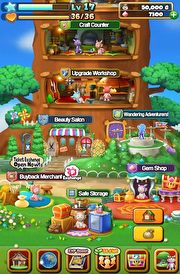 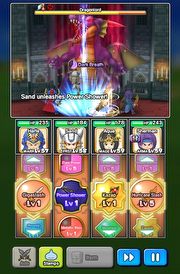 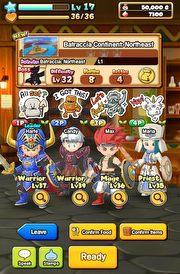 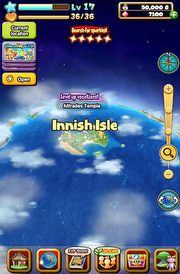 Dragon Quest of the Stars is a simplified mobile version of the popular jRPG cycle. The game is set in a typical fantasy world and offers a turn-based combat system as well as the opportunity to play in cooperation with three other people. The game was developed and published by the well-known Japanese company Square Enix (it is also responsible for the previous parts of the Dragon Quest series, as well as the popular Final Fantasy series).

In Dragon Quest of the Stars, we start the game by creating our own hero. We have the ability to adjust the gender and appearance.

In the game we won't find exploration in the traditional meaning - instead we have access to a map of the planet where we can choose where we want to fight. The actual gameplay is mainly based on the turn-based combat system. We use various types of spells and special abilities to gain an advantage over our opponents (when we don't choose any attacks, fights take place automatically). Some of them can be combined into powerful, extremely effective combos. We fight both regular opponents and bosses  the latter also have unique skills that can surprise us during a clash.

As we play, we complete tasks and slowly discover the main plot. As we progress, we also develop our hero. We can also change the class ( so-called vocation) to better match the hero to our style of play.

During the game, we can communicate with our allies using special speech balloons with prepared questions.

In Dragon Quest of the Stars, we can play alone or with others. The production offers a single player mode and an online cooperation mode, prepared for four people.

Dragon Quest of the Stars has a poor graphic design. The character models and environment are three-dimensional, but not very detailed. Noteworthy are the designs of the characters, which were prepared by Akira Toriyama - the author known for creating the popular manga Dragon Ball. In turn, speech balloons, which we use to talk to other players, were made by a Japanese illustrator "Kanahei".

Dragon Quest of the Stars was released in a free-to-play model. In the game we will also find a micropayment system.