Rubicon: A Conspiracy of Silence 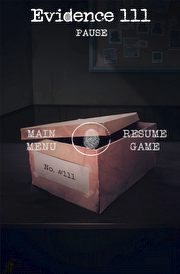 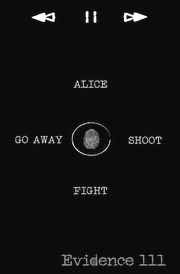 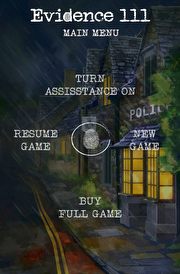 Evidence 111 is a unique detective adventure game, based mainly on the audio layer. It was developed by the indie Czech team Play By Ears.

Evidence 111 takes us on a journey to 1985 England. A quiet evening on September 13 heralds another monotonous night in the town of Farnham. Superintendent Alice Wells, who was on duty at the time, is a 33-year-old woman who has sacrificed everything for a career; the woman has no friends or family, and work is the meaning of her life. Nevertheless, her past hides many secrets, which Alice successfully hides from the world. Or at least that's what she thought, because she is suddenly led out of her error by an anonymous phone call; the person on the other end of the receiver knows a surprising number of uncomfortable facts about her life. Without thinking too long, Alice begins her investigation, and following the trail of her caller, she ends up at the old Harbor Watch Inn.

How her further fate will turn out, as well as which of the game's 10 endings we will see, largely depends on our actions and the decisions we make. The choices Wells (and, by extension, we) face put her morals and work ethic to the test.

Evidence 111 has very simple gameplay mechanics. The whole game was prepared in such a way as to make it as accessible as possible to people with visual disabilities. We listen to stories and dialogues, and make decisions that affect the further course of the plot. Choices are made by moving the screen left or right.

The strong point of the game Evidence 111 is the audio layer, which uses binaural sound technology. We are talking about recordings prepared using two condenser microphones, placed inside a mock-up head or special artificial ears. Playing them on headphones, we can precisely locate in space the sources of individual sounds, which gives the impression of direct participation in the events presented in the game. In addition, the production has an all-star cast; it features Rosamund Pike (known for Wheel of Time, I Care a Lot and Gone Girl), Zoe Robins (who we could see in The Shannara Chronicles and Wheel of Time, among others) and Mike Bodie (whose credits include the films Spectral and Love, Death & Robots).