Development of the game FIFA Soccer: Prime Stars have been suspended and will not be continued. 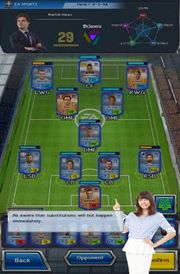 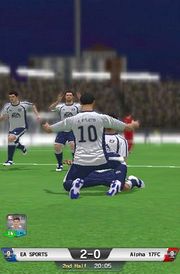 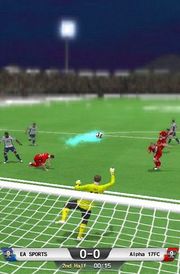 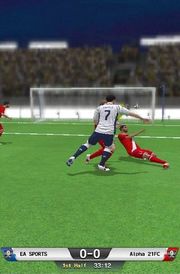 FIFA Soccer: Prime Stars, released on AND and iOS, is a football manager with RPG elements. The game was developed by Electronic Arts and is available in a free-to-play model with microtransactions.

FIFA Soccer: Prime Stars differs significantly from previous mobile versions of the series. At first glance, it can be considered a typical sports manager, but in truth, FIFA Soccer: Prime Stars has simplified manager mechanics significantly and added many RPG elements. As a result, we got a production in which the fun comes down to collecting and developing players, and everything else plays a tertiary role.

We start creating our dream team with recruiting players. Then we have to send them on training sessions, which allow us to develop players' skills and advance them to the next levels. We also have to set tactics for subsequent matches, which can be tracked live thanks to the 3D engine. In reality, however, the latter aspect is very simplified and the victory is determined primarily by the team composition and the players' abilities.

FIFA Soccer: Prime Stars was developed by Electronic Arts which means that it offers official licenses. Players have access to five European leagues: Premier League (Great Britain), Liga Espanola (Spain), Bundesliga (Germany), Serie A (Italy) and Ligue 1 (France). The teams have been meticulously reconstructed based on the 2015-2016 season.