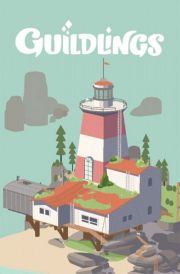 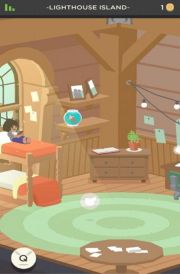 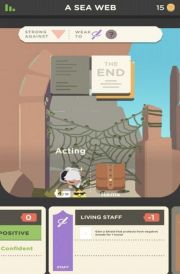 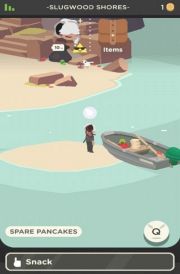 Guildlings is a jRPG developed by the team at Sirvo Studios (the devs of the popular Threes!).

Guildlings takes us on a journey to an alternative reality, where magic lives alongside modern technology. The main character of the game is a teenager name Coda, who acquires a cursed smartphone; after starting the device, the girl was also cursed. From now on, she has no choice but to recruit her friends to try to get rid of the charm together with them - fortunately, the protagonists have supernormal abilities at their disposal, which should make it easier for them to complete the task.

In Guildlings we observe the action from a camera located above the characters. During the game, we travel around the fantasy world of Worldaria, conduct conversations presented in the form of SMS exchanges, and solve logic and environmental puzzle. It is worth mentioning that the magic abilities of the heroes depend on their mood, and therefore, in order to face the challenges encountered along the way, we often first have to take care of the emotions of the individual heroes; another thing is that specific problems can be solved in more than one way here.

Another important element of the game are the turn-based battles with opponents ; in this case, developers have given up the fight to the death in favor of battles divided into rounds. Interestingly, violence is not always the only solution here - for example, take part in mouth offs, in which we try to offend our adversary as much as possible.

Visuals of Guildlings adopt a colorful cartoonish style. The title is distributed in the form of periodically published episodes.