Invisible, Inc. is a turn-based strategy, which allows the player to lead a small squad of spies. The PC version of the game has been developed by the Klei Entertainment studio, the creators of Mark of the Ninja, Dont Starve and the Shank series.

The players play the role of a spy, working for a secret organization. Their main task in Invisible, Inc. is to break into headquarters of powerful corporations on the entire globe and steal valuable and confidential data. The developers have made sure that the profession of our heroes influences the gameplay mechanics, which is why gathering information is the key to victory and not necessarily the positioning of our subordinates on the map.

In Invisible, Inc. the squad we command is not very powerful and is unlikely to survive a direct confrontation with the well-equipped guards, which is why successfully completing the missions is highly dependent on your skill and cunning. By using a high-tech AI we have to hack various security systems, manipulate cameras and use all available methods to discover the location of our enemies. Only then will we have the advantage, which will ultimately allow us to outsmart our foes and achieve success.

If we are at any point caught red handed by the guards, it will most likely end with the untimely death of our squad members. Similarly to XCOM: Enemy Unknown, the deaths of our characters are permanent and there is no way of reviving them after the mission has ended. The atmosphere of insecurity is further enhanced by the line of sight system, which allows us to see only what our operatives can spot with their own eyes. The levels are randomly generated, making the attempts of memorizing the locations of the guards from our previous approach pointless.

The action in Invisible, Inc. is presented from an isometric perspective; the title features extremely detailed 2D graphics with a slightly cartoony art style, which does not hinder the quite serious subject matter of the script.

The summer break is ruthlessly nearing its end  makes you want to cry, doesnt it? Me too, but since we cant help it, lets try to lighten up the mood instead. Here are some games released up to the first half of 2015 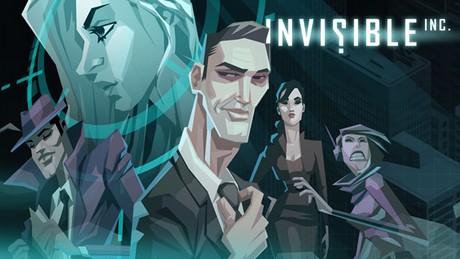 Review of Invisible, Inc.  A Demanding and Inventive Mix of Strategy and Stealth

Invisible, Inc. is the work of Klei Entertainment, known for titles such as Don't Starve and Mark of the Ninja. This time, the Canadians are having a go at a turn-based strategy, stealth and roguelike. Can such a blend of genres prove successful?