Mafia II for PC, X360 and PS3 is a sequel to the gangster action game Mafia: The City of Lost Heaven developed in 2002 by Czech studio Illusion Softworks. The game was created by the same team known as 2K Czech since 2008, when it was bought by Take-Two Interactive. In addition to two installments of Mafia series, the developers created two well known series of tactical shooters, Hidden and Dangerous and Vietcong.

The story of Mafia II is filled with references to the first installment of the series, but this time the action takes place more than a dozen of years after the previous events (during the turn of the forties and fifties). The player assumes the role of a new character, Vittorio Scaletta who in 1945 ends his military service and returns to his home city, Empire Bay. Together with his old friend named Joe Barbaro the protagonist tries to find his place in the new reality in which a stable, badly paid work in the nearby docks is the best he can wish for. However, Vitto doesnt want to follow the footsteps of his peers and in order to secure a decent life for himself he starts a criminal career. As the game progresses he will become a full-fledged member of an influential, local Mafia family.

The gameplay mechanics of Mafia II are almost sorely an expansion of ideas used in the predecessor that was released eight years earlier. The game takes place in an open-structured city which has the size of ten square miles. The location, called Empire Bay, is in fact loosely based on New York (such characteristic buildings like Empire State Building and Brooklyn Bridge can be found in the game). The city is divided into few different districts among which there are Little Italy, Chinatown, industrial district, port district, district of the rich and slums. Similarly as in the predecessor the base of the game is a quite lineal story completing which should take about 10-15 hours. The missions are quite varied and they offer effective chases after the members of rival Mafia families, car rides during which one must follow someone or escape from police, and even challenges which require working in the shadows. The player isnt forced to follow the story and during the game he can focus on many side plots and activities.

In comparison to the first installment in the series, Mafia II offers much greater freedom and the possibility to freely explore the surrounding city which lives its own life and tempts the player with many not-necessarily legal activities. During the game one can steal 50 different vehicles based on actual models (by breaking the glass or using more subtle methods) and then modify and upgrade them in a workshop. There are many shops in Empire Bay and in them one can buy clothes, eat something or acquire new weapon. The protagonist has many new abilities and now he can fight enemies with new moves, hide behind covers and jump over obstacles. Since the action of the game takes place later than in first Mafia, the game world is even crueler, the city has different aesthetics and the cars are much faster.

The game was in development since 2004. At first it was meant to be released on same gaming platforms as the first entry in the series, but in the end it debuted on much more advanced personal computers and the next generation consoles. The PC version of the game has much better graphics that the predecessor released in 2002 on PC and two years later on consoles. The game was created by using a completely new engine named Illusion. It also uses the realistic physics engine PhysX thanks to which during the game the player can see realistically animated faces, better quality cutscenes and dynamical flow of time (noticed by the day/night cycle and various seasons). Great music consisting of many tracks known from the area presented in the game is worth mentioning as well.

One of the things that connect both installments of Mafia is the main protagonist of the first game, Thomas Angelo. During the epilogue of the first entry he is shot in front of his house. In one of the chapters of Mafia II the player will learn that Angelo was killed by Vito Scaletta and Joe Barbaro (the main characters of the sequel). Almost exactly the same cutscene can be noticed in both games. During that cutscene the murderers are driving to the house of the victim by using the same red car. Another reference to the first game is the testimony of Tommy Angelo which can be read during the loading time. This testimony was the base of the story in first Mafia.

Unofficial guide to Mafia II PC video game contains a very detailed walkthrough of all fifteen chapters of the singleplayer campaign of the game. 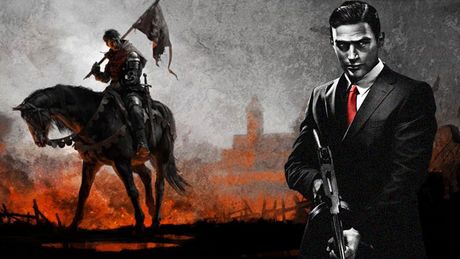 Amodification to upgrade the visuals of Mafia II has appeared online. The mod focuses on improving elements related to weather conditions, but its creator also added a few other changes.

A new version of Old Time Reality mod for Mafia II has just been released. The mod significantly improves the visual aspect of 2K Czech's 2010 production and its expansions.

The update of the database of the Brazilian age rating agency practically confirmed the remaster of Mafia II. The game will go not only to PC and Xbox One and PlayStation 4 consoles, but also to Google Stadia.

An entry for Mafia II: Definitive Edition was found in the database of a Korean age rating agency. It seems to confirm the rumors about the planned remaster of the second installment of the Mafia series.