Grand Theft Auto IV for PC, PS3 and X360 is an action game, which is the next installment of the best-selling and at the same time very controversial series, whose roots go back to 1997. This title was created in the tenth anniversary of the series, which traditionally tells stories of individual criminals, who start just as errand boys and guys who do the dirty work, but then climb higher and higher in the rank of the criminal world.

The games script was written by Dan Houser, who also worked on Canis Canem Edit (a.k.a. Bully), Manhunt and The Warriors, and of course put his hand to most of the previous GTA games. The plot revolves around a foreigner called Niko Bellic. Influenced by letters received from his cousin the protagonist decides to leave the Eastern Europe and comes to the United States. Unfortunately, the reality he faces is far from the one described in the e-mails. Roman had evidently lied about having two wives, a sizable collection of cars, and several-digit sum of money on his bank account. Moreover, it turns out that the unruly relative constantly gets into some new troubles, and his life is not so colorful.

The first jobs are given by Roman who slowly introduces the protagonist to the local criminal network. Of course, as you successively perform the missions, the list of potential employers increases. You can contact them both personally or via mobile phone (it is also used to launch the multiplayer mode). It is noteworthy that the story develops depending on your decisions and the order in which you do the missions. This allows the player to influence the current situation as well as creates a level of replayability.

While performing a specific mission you must travel across a maze of streets to reach the destination marked on the city map. You can cover that distance by walking, taking a famous yellow cab, or drive an acquired (read: stolen) vehicle, among which there are motorcycles, trucks, or cars. As always, while driving you can listen to a radio station of your choice playing licensed songs. One of the radio DJs is Lazlow, known from the previous installments of the series. When you reach the destination, you often have to deal with numerous opponents  to do this you can use the available weapons (including pistols and various types of rifles).

Grand Theft Auto IV for PC, PS3 and X360 is set in Liberty City, which heavily resembles New York and even has buildings typical for that metropolis (including the Statue of Liberty, Brooklyn Bridge, and Empire State Building). The world was divided into five districts: Broker (Brooklyn), Algonquin (Manhattan), Dukes (Queens), Bohan (Bronx), and Alderney (New Jersey). The games environment is entirely urbanized. An extensive network of roads and the modern architecture, presented in a very realistic way, promote continuous exploration.

In order to prepare the richly detailed artwork the developers used RAGE technology (Rockstar Advanced Game Engine). Owing to this engine you can admire the amazing shading, reflections of light, smoke mixing with the air, and well-polished animations of characters, who walk around a hole in a sidewalk, carry shopping bags, or sit on benches. What is also impressive are sunrises and sunsets, which dramatically affect the appearance and color of the otherwise gray city. 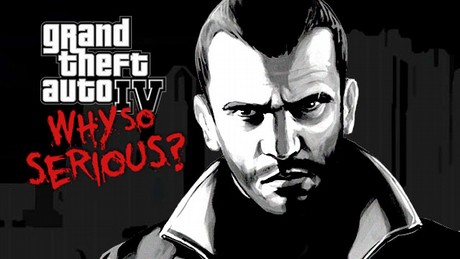 We've just celebrated the seventh anniversary of the release of Grand Theft Auto IV, the most serious installment in the famous franchise. Its specific atmosphere was the reason some people were not overly fond of Niko Bellic's adventures.

Great news for GTA V modders. A couple of weeks after its shutdown, OpenIV modding tool is again available for download. OpenIV creators promise the development will be continued soon.

We Will no Longer Buy GTA 4 on Steam

Since yesterday, we can't buy GTA IV on Steam any more. The game is still present in the store, but without a purchase option. This applies to both standard and complete edition. So far, we don't know what is the cause, and Rockstar hasn't released any official announcement on the matter.

We've learned the reason why GTA IV can no longer be bought on Steam. It turns out that the fact that the PC version of the game was created for the now-unsupported Games for Windows Live platform is to blame. Currently Rockstar Games is looking for a solution to this situation.

GTA 4 will soon be back on sale. The game will be distributed at Steam and Rockstar Games Launcher as Grand Theft Auto IV: Complete Edition. This version will be deprived of Games for Windows Live service, losing multiplayer options and some of the music.

The PC version of GTA 4 has gained Steam Achievements. This is one of the changes planned by Rockstar Games to be introduced in preparation for the release of Grand Theft Auto IV: Complete Edition.

As of today, owners of GTA IV or even just the Episodes from Liberty City add-on on Steam will receive a free upgrade to the Complete Edition. The agme will be back on sale on March 24.

A video showing the GTA 4 map recreated in GTA 5 appeared on YouTube. The whole thing has been tuned with realistic modifications, significantly improving the graphics.