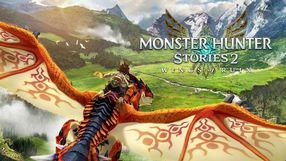 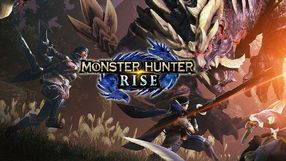 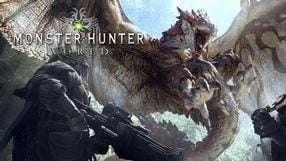 Another installment of the popular series of action games with RPG features. The series is developed by Capcom and its installments were usually released on Nintendo and Sony consoles. The plot isn’t very important in Monster Hunter World – the player simply assumes the role of the titular monster hunter who is tasked with exploring the mysterious continent known as the New World. There he kills powerful beasts as part of bounty contracts. The title offers a vast, open world that can be traversed on foot or on the back of a tamed monster. However, the main part of the game isn’t exploration, but battles with beasts. Each of the monsters has unique advantages and weakness. The battles are played in real time and the player can use variety of melee and ranged weapons and gadgets. The success lies in proper tactics and taking advantage of the surroundings.

A spin-off of the popular RPG series by Capcom, started in 2004. Like in the previous games of the franchise, Monster Hunter Stories focuses on challenging fights against giant monsters, but offers a different approach to the well-known theme. We play as a young boy who sets out on a journey accompanied by the mascot of the series, a Felyne warrior. A one-man-one-cat team travels across a vast open world, performing various tasks and facing local monsters. As we progress through the story, our heroes will encounter bigger and bigger creatures, and defeating them will require proper equipment and the right tactic. The game presents different visuals than its full-scale predecessors: a very colorful graphics that make use of cel-shading.

Monster Hunter Frontier Z is another version of the Japanese MMORPG released in 2007 for PC. The game takes the players to a fantasy world where they are given the task of hunting down monsters. Each of the players controls their own, self-made hero. They can choose from a dozen or so classes (every class uses different equipment and has different combat style and tactics). Combat is turn-based. We can use cold steel and ranged weapons while on the hunt. As we progress, our character gains access to better equipment that we can buy from vendors or use the game's crafting system to create it by ourselves. The 'Z' version of the game is the most polished and loaded edition of Monster Hunter Frontier, though it still uses the same technology as the original 2007 release. 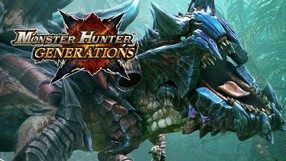 Another installment in the popular third person perspective action series with RPG elements. Since the third game of the series, the franchise is being developed mostly on Nintendo handhelds. Similarly to its predecessors, Monster Hunter X was published by the Capcom company and developed under the supervision of Yasunori Ichinose – the director of the previous portable installments of the series. The game mechanics haven’t changed much, allowing the player to travel through a fantasy world and complete various missions that focus mostly on fighting monsters. A mountain village called Beruna is the player’s base of operations, but during the journey, the player will also find locations known from other Monster Hunter games. Worth mentioning, among the novelties added in the game, are four unique movement sets that are the equivalent of Skill Ranks from Monster Hunter Frontier G8. This system is supplemented by Hunting Techniques based on finishers from Monster Hunter Online.

Improved version of the fourth installment of the flagship action-RPG series by Capcom. In the game we play the role of a mercenary travelling with a caravan, who undertakes to defend several settlements from the monsters plaguing their inhabitants. The Ultimate version introduces a new, more extensive system of character movement, and the ability to play a multiplayer game via the Internet.

The fourth part of the action RPG game about the fight against powerful monsters. In this version we play the role of a mercenary travelling with a caravan between several villages that need help. The authors of the series have prepared dozens of new items, armour and NPCs. Some ideas for the game were taken from the faster and more dynamic Dragon's Dogma. 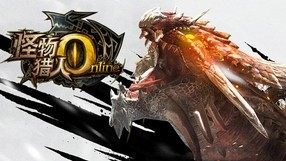 An MMO spin-off to the popular action-RPG series, in which the players’ basic task is hunting for various monsters. The series debuted in 2004 on the PlayStation 2 console, with Capcom being responsible for it since the beginning and joining forces with Tencent Games team (known from Call of Duty Online) for this installment. We enter an open world and play as the titular monster hunter. Aside from traditional attacks, each character has its own powerful special abilities. The gameplay itself is strictly arcade, and the players’ manual skills are more important than their heroes’ statistics. It also emphasizes teamwork, which plays crucial in defeating more powerful monsters. The game is powered by the CryEngine 3, which delivers high quality visuals. The title employs a free-to-play model with additional microtransactions.

Monster Hunter 3 is the next installment of the action RPG series, where our task is to hunt monsters in the title. This is also the first game in the series available for the Nintendo console.

Monster Hunter Freedom 2 is a production created by Capcom combining elements known from RPG with action game solutions. As the name suggests, we play the role of a monster hunter. He will face many species of creatures on his way and will undertake dozens of missions to protect his village from danger. It is worth mentioning that this title gained great popularity in the Country of Cherry Blossom and as the first product at the PSP sold in Japan in the number of more than a million copies.

Monster Hunter Freedom is another part of the popular series of action eruptions, in which our task is to hunt the most dangerous beasts inhabiting the world presented.

Monster Hunter 2 is a powerful RPG game based on capturing title monsters and increasing your skills. The main emphasis, however, was put on gameplay via the Internet, which distinguishes me from the multitude of other, similar positions.

Monster Hunter Explore is an action game with a tertiary view, enriched with RPG elements. The action takes place in a fantasy world, and the player's task is to hunt powerful monsters using an extensive combat system.