Slaughter slag simulator produced by Polish Techland. We receive a set of official players and stadiums from the 2002 season. In the game, in addition to the racing thread, there is also an economic aspect, thanks to which we invest the money gained from winning skirmishes in new equipment.

The third part of the popular series of racing games dealing with slag. The main novelty is the addition of online mode. It allows you to participate in online games with up to three other players. 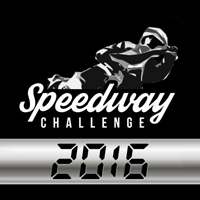 The fourth part of the slag simulation, which is a continuation of the popular series of games on this subject - Speedway Grand Prix, by Techland studio. We roll out motorcycle races on speedway tracks, all under an official Benfield Sports International licence. Graphics looks pretty good. In addition, we can manage and improve our machine. The game is complemented by multiplayer mode, in which we will have to face as many as 15 players.

FIM Speedway Grand Prix 2 is the next installment of one of the most popular series of racers and an official continuation of the game released in 2002.

Speedway team manager including all teams of I and II leagues entered for the Polish Team Championships in 1998.

Improved version of the well-known speedway simulator allowing you to take part in exciting races on the famous World Championship classification tracks.

Team Add-on 2010 is the first official extension to the Speedway Liga Competition Simulator. It introduces, among other things, new rules of duels on the track, as well as teamplay mode. 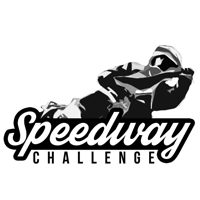 Speedway 99 is a speedway racing simulator produced by Techland, a Wrocław-based company. Players can compete against the World Cup athletes in the '99 season, including Tomasz Gollob, Hans Nielsen and Tommy Rickardsson. The gameplay is characterized by great realism, allowing you to feel the emotions accompanying the "black sport".

Realistic manager of the Polish speedway league, allowing you to lead any of the teams entered for the 1997 season. During the game we have to take care not only about the composition and results of the competition, but also about the entire facilities and financial sphere of the club's activity. Tastes in the form of buying matches, hiring spies and sabotaging the opponent are also foreseen.

Browser slag manager available on Facebook, inspired by the achievements of Tomasz Gollob, who shortly before the release of the game became the world champion in slag.